The 51st annual Merrie Monarch Festival gets underway this week on the Big Island with world-class hula competition, exhibitions, entertainment, arts-and-crafts fairs, and the annual Royal Parade through downtown Hilo.

The weeklong event, which runs now through April 26 in Hilo, honors the legacy of King David Kalakaua, called the “Merrie Monarch” for his love of the arts, especially music and dance.

And, once again, you’ll be able to watch the Merrie Monarch’s three main hula competitions from wherever you are in the world thanks to Honolulu-based TV station KFVE, which will stream the events live online. Here’s the competition schedule with Hawaii start times:

Click here to watch the competition live on these nights.

If you’re in Hawaii and want to catch Merrie Monarch competition on TV, all three contests will be broadcast live on KFVE at the times above.

The most prestigious hula contest in the world, Merrie Monarch invites only a couple dozen hula halau to compete annually—this year, there are 28 halau. The halau arrive from throughout Hawaii and the mainland U.S. after months of preparation, often involving the crafting their own costumes and visiting the locations in their dance mele (song). 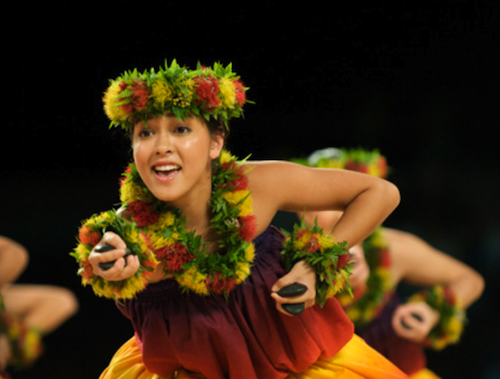 Tickets to the competition at Hilo’s Edith Kanakaole Stadium are always tough to come by and the event always sells out. Most Hawaii residents, however, are perfectly content to catch the competition live on TV—it has been broadcast annually for more than three decades—and, more recently, live online.