Aina restoration is good for the body and soul

Hawaii’s archipelago hosts complex watersheds, environmental diversity and vital forest ecosystems in this most remote spot on the planet. Caring for the Aina — preserving its cultural, environmental and economic significance — is daunting, but it starts with laulima, many hands coming together for the sake of the islands’ future. No one knows that better than community stewards and donors who come together to clear watersheds, eradicate invasive plants and restore fishponds.

At the Loko Ea fishpond in Haleiwa, a clogged auwai kai (ocean channel) once altered the ecosystem of an ancient pond. But when Malama Loko Ea put out a call for help, more than 80 volunteers showed up to pull out invasive grass. “Each time they pulled a handful you could hear a victory cheer,” said Jessica Casson, the group’s executive coordinator, back in 2015. Today that auwai kai is flowing once again, thanks to those community hands removing between 4 and 5 tons of thick California grass.

A few miles down the coast, Shark’s Cove beckons tourists with its catchy name, tidepools and picturesque snorkeling spots. From the shops lining Kamehameha Highway, 13 different footpaths wind their way to the bay. And that’s where the problems start. 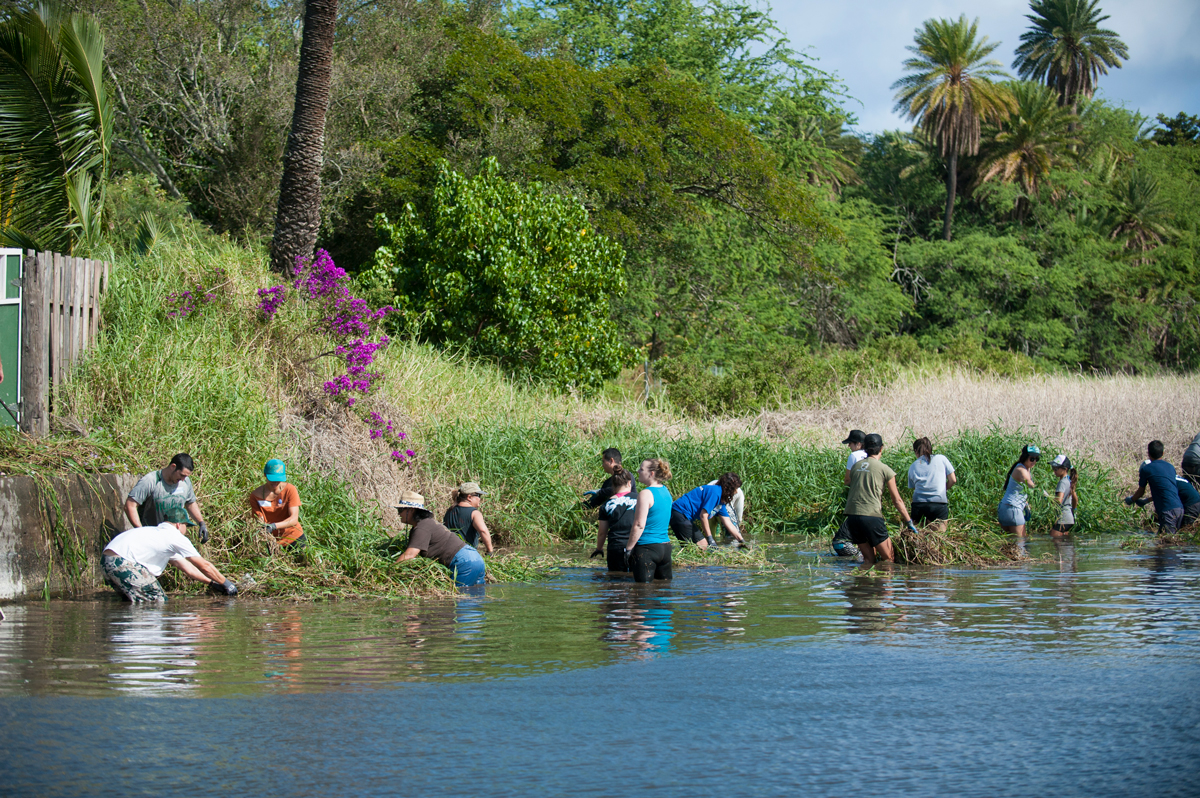 “We studied the decline in coral health and coastal erosion in Shark’s Cove, and the main factor was feet. Human feet,“ says Jenny Yagodich of Malama Pupukea-Waimea. “It’s a steep walk, and people were inadvertently destroying the vegetation. When it rains, the paths become mud chutes, right into the shoreline.”

These projects are a prime example of the Community Restoration Partnership (CRP), a unique funding alliance of local and national funders who recognize that collaborating with each other and involving community leaders can have significant impacts on important problems. The Hawaii Community Foundation (HCF) administers CRP; current CRP funding partners include the Harold K.L. Castle Foundation, Kamehameha Schools, the Atherton Family Foundation, the Marisla Foundation and the Jeanne Herbert Fund at HCF. The CRP participates in selecting worthy restoration projects that are positively impacting and literally changing the face of Hawaii’s coastlines, which are so vital to the well-being of local communities.

Funding secured through a CRP grant enabled Malama to begin the first phase of its restoration — removing invasive weeds and shrubs and replacing them with thousands of native Hawaiian coastal plants anchored by “erosion matting,” a coconut fabric that slows surface runoff and weed growth. “Tons of visitors come to the Shark’s Cove area every day,” Yagodich says. “The sanctuary covers over a mile of coastline. We are a small group that depends on volunteers.”

Yagodich and the volunteers knew that the shallow roots of the invasive species couldn’t hold back the damaging erosion. “Native Hawaiian plants are much better,” she explains. “Naupaka, ahuawa and pohinahina are salt- and drought-tolerant, and they can handle big waves!” 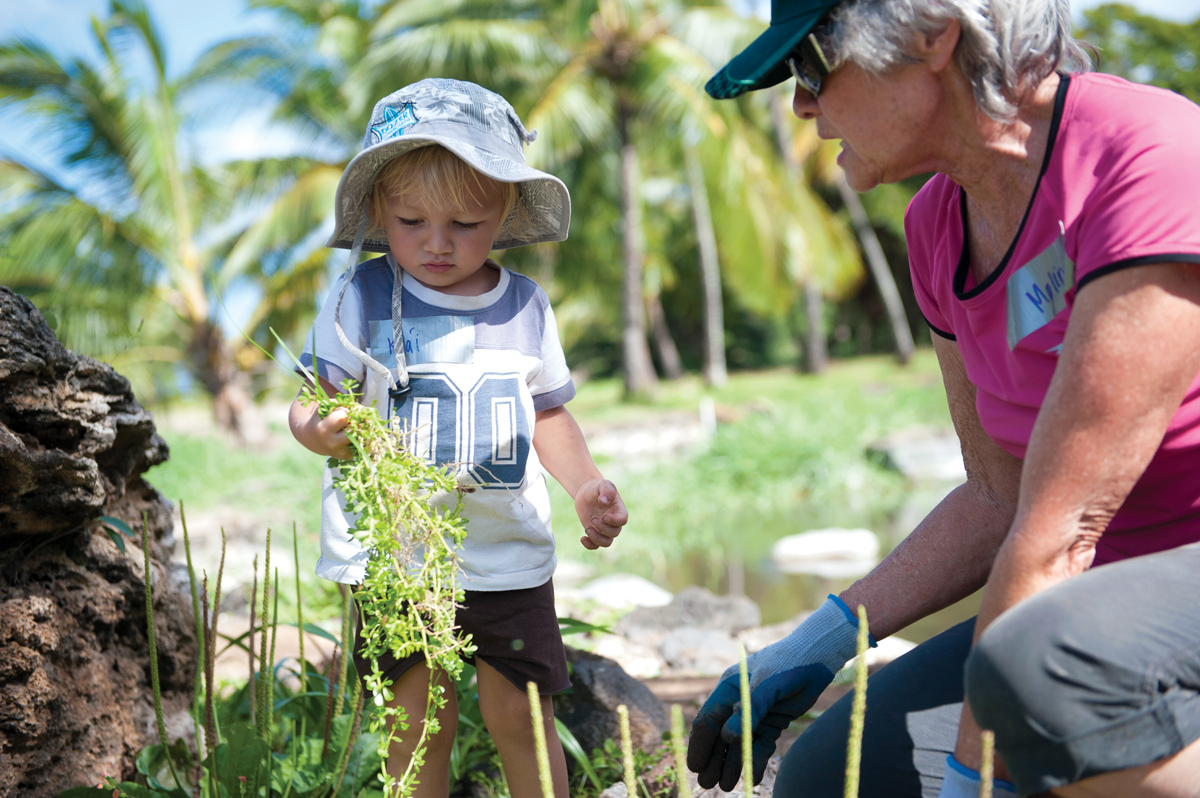 As more volunteers joined, the dirt paths were reduced to a handful, and signs posted along the routes reminded visitors of their impact. Made by children who attend the group’s marine science class, the signs’ messages — “Reducing erosion to save coral” and “Aloha! This is a Native Hawaiian planting area” — educate visitors and locals alike, inspiring them to assume a personal kuleana for the environment.

When they first started the project, Yagodich and her team hoped to reduce fine sedimentation by 5 percent. Today, in areas fronted by the native plants, they have seen as much as 20 percent reduction. The group recently finished planting the fourth and final phase of the project, completing their restoration work at Shark’s Cove. Now, the challenge is upkeep, to care for the plants that are putting down roots. 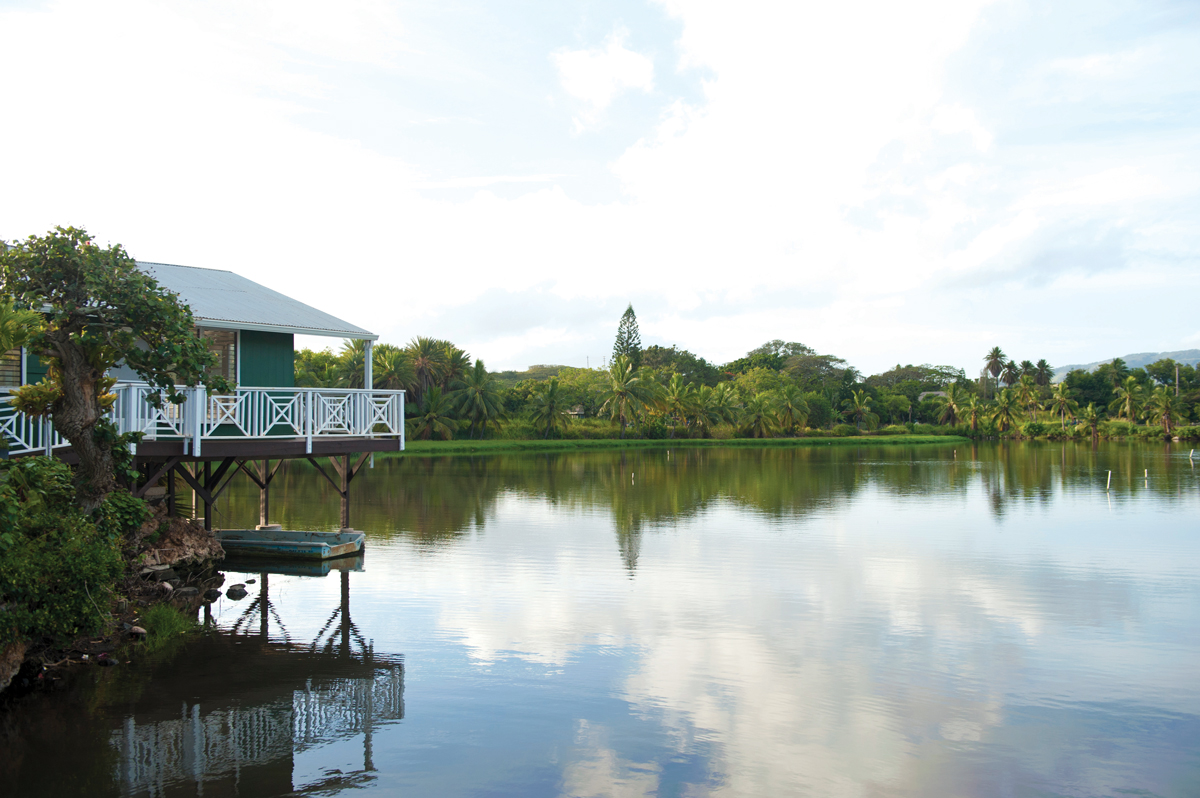 “We hope our success in reducing ground sedimentation to the coral reef ecosystem is a precursor to what can be done islandwide,” Yagodich says, pointing to the importance of community-based solutions and an understanding of the interconnectivity of our resources. “Fish are a big resource for Hawaii. Although you can’t fish in Shark’s Cove, the thriving marine life will spread outside the sanctuary.” Visitors get to see the beautiful fish and marine life, and the area’s greater fish population is made healthier and more abundant — a win-win for all. “We did this because it needed to happen,” she says.