The 360 hotel room/481 multi-bedroom vacation villa resort, designed for family travel, has been under construction since last summer on 21 acres of beachfront at West Oahu’s Ko Olina Resort & Marina.

In a statement announcing the resort’s new Hawaiian name, Joe Rohde, a senior vice president with Disney’s theme park and resort design and development arm Walt Disney Imagineering, said the word aulani “expresses a connection to tradition and deep story-telling.” Rohde also noted that aulani, translated from Hawaiian to English means, “the place that speaks for the great ones” or “the place that speaks with deep messages.” 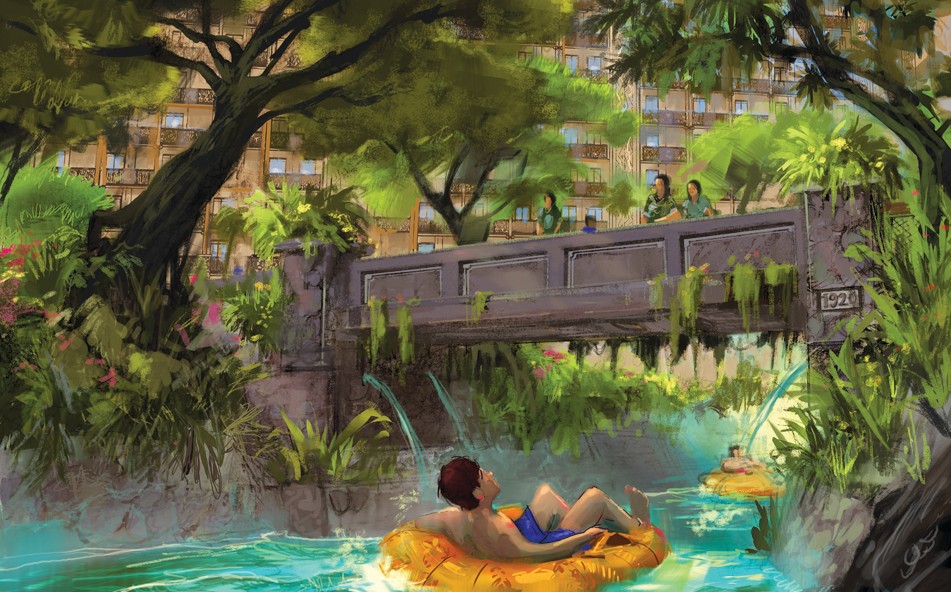 Disney has said that it plans to market the Hawaii resort toward luxury family travel. The company has not yet revealed the project’s estimated cost or room pricing structure. 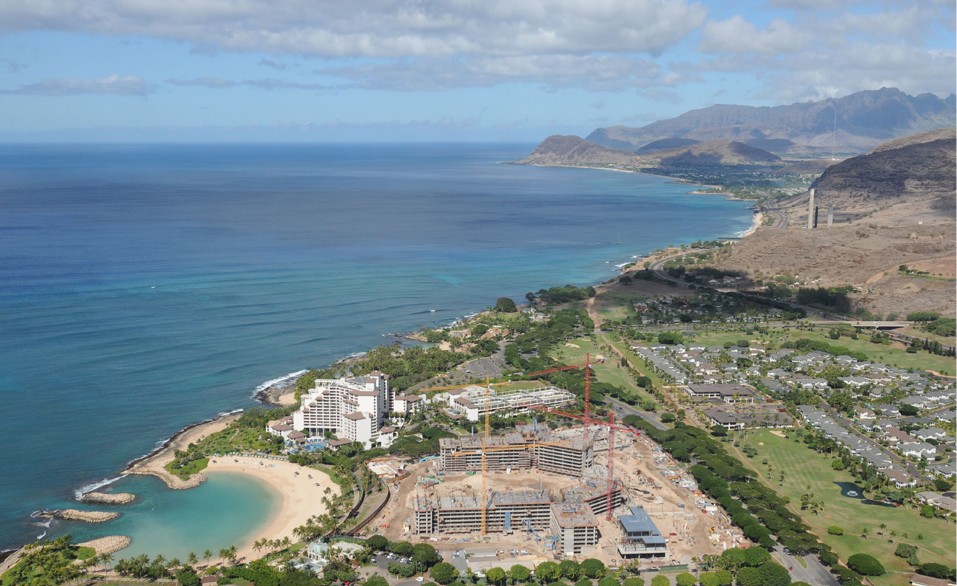 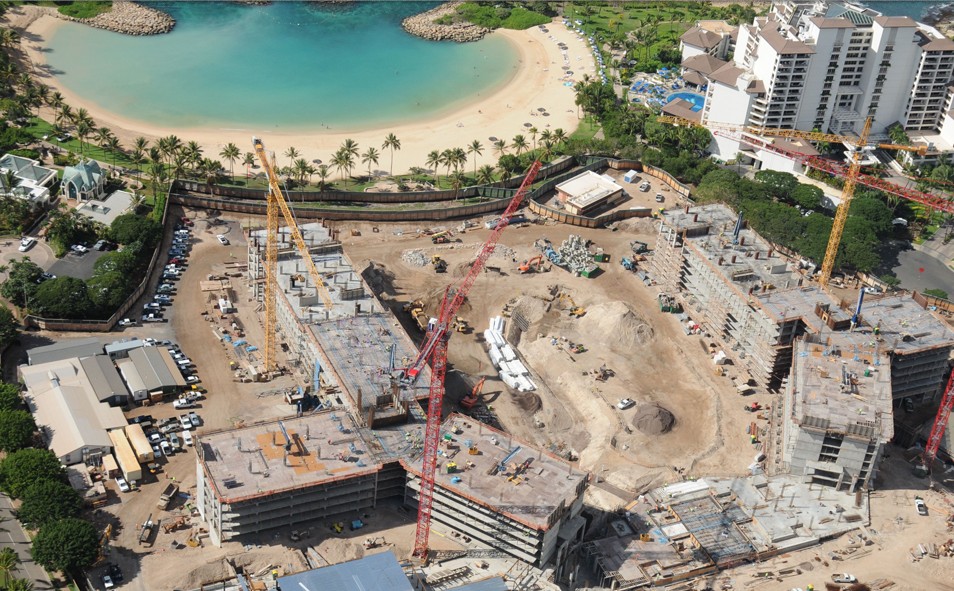 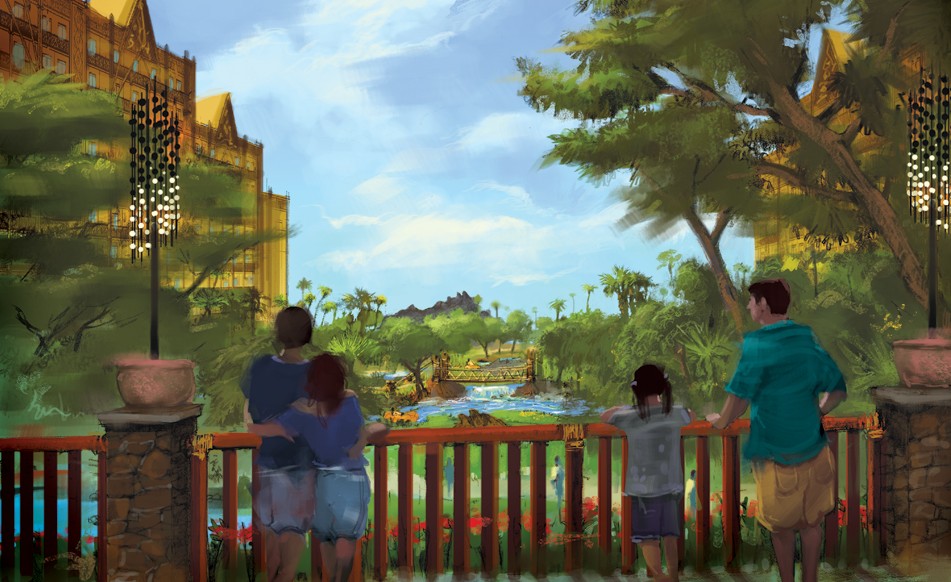 View looking out toward pools and water features 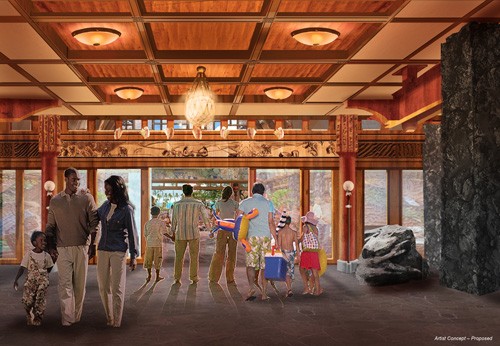