For those new to HIFF, it is the state’s largest independent film festival. Since its inception in 1981, HIFF screened hundreds of films and has been the premier source for introducing films from Asia, South Pacific and beyond to audiences.

This year’s festival runs from October 9-19. The theme is “Staycation,” travel around the world through film. With a lineup of 150 films spanning from Canada to China, it promises to be a global affair indeed.

If you’re curious, a sneak peek of the festivities is tonight from 6:30 – 9:30 pm at the Regal Theatres 18 at Dole Cannery in Honolulu. Along with the release of the official HIFF program guide and advance screening of one of this year’s entries, Show of Hands, the film festival trailer will premiere. The trailer stars two of Hawaii’s biggest home-grown stars, Jason Scott Lee (The Jungle Book) and Kelly Hu (X2: X-Men United). The event is free and open to the public. 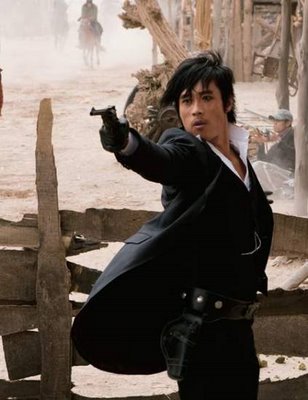 So what HIFF flicks are catching my eye?

The Festival has premiered such Academy-Award winning films like The Piano, Y Tu Mama Tambien and Crouching Tiger, Hidden Dragon. Each year, celebrated film critic Roger Ebert picks one film to be shown at HIFF, sometimes traveling to Hawaii to introduce it to the crowd.