In Hawaii, bees help to balance a delicate ecosystem and curate some of our signature plant species such as the ohia lehua and macadamia nut tree. Honey has also long been ranked amongst Hawaii’s top food exports.

In recent years, however, mites, small hive beetles, and a tiny parasite called nosema have decimated honeybee populations on the U.S. Mainland and in parts of Hawaii. Researchers also blame some pesticides and various environmental changes for the phenomenon dubbed “Colony Collapse Disorder.”

Gov. Neil Abercrombie yesterday signed into law a measure that lifts some regulatory hurdles for small Hawaii beekeeping businesses. After signing the bill, he officially proclaimed this week Hawaii Pollinator Week to recognize the “vital role of bees, birds and other pollinators in maintaining healthy, diverse ecosystems and productive farms in Hawaii and elsewhere throughout the world.”

In observance of this special week, which echoes National Pollinator Week (June 17-23) — first designated by the U.S. Senate and U.S. Department of Agriculture in June of 2007 — here’s some facts about Hawaii honeybees that have us buzzing. 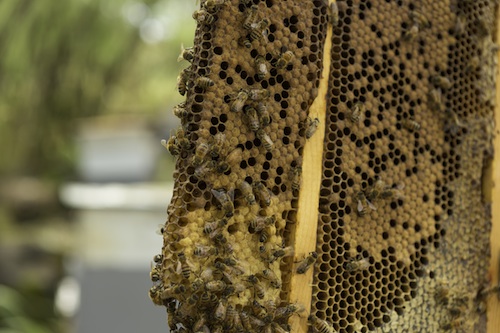 The first three beehives arrived on Oahu in 1857, having survived an 18-day journey across the Pacific. The Royal Hawaiian Agricultural Society purchased the hives for $100 each, and shortly thereafter beekeeping became a major industry in Hawaii.

Thanks to the warm climate and agricultural abundance, the Islands are an ideal location for cultivating bee colonies. In 1940, honey was ranked one of Hawaii’s eight most valuable food exports, alongside coffee, pineapple and bananas. Today, Hawaii is among the world’s leading exporters of queen bees.
A spoonful of honey

Studies conducted with children ages two and older have shown that a teaspoon of honey before bedtime can help ease mild nighttime coughs caused by upper respiratory infections. (Maybe Mary Poppins was actually on to something!) 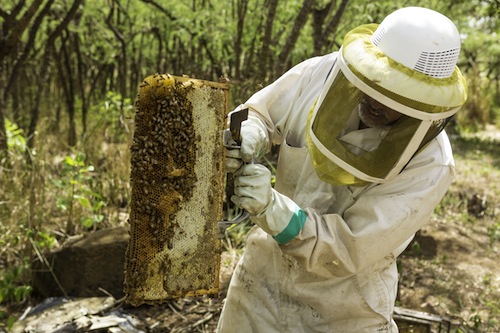 Due to its high sugar concentration, acidity, and trace amounts of hydrogen peroxide, honey is never in danger of bacteria growth. While it may harden or crystallize, it never actually goes bad. When archaeologists unearthed honey in Egyptian tombs from as far back as 2000 years, it was reportedly still edible!

So, it’s OK to keep it out of the fridge. Remember, though, no double-dipping.
Flavor of the Islands

Honey is cultivated on all eight of the major islands, and each colony produces a unique flavor, aroma and hue. Some of the most popular flavors come from the pollination of the ohia lehua blossom, the macadamia nut tree, and the kiawe (mesquite) tree. 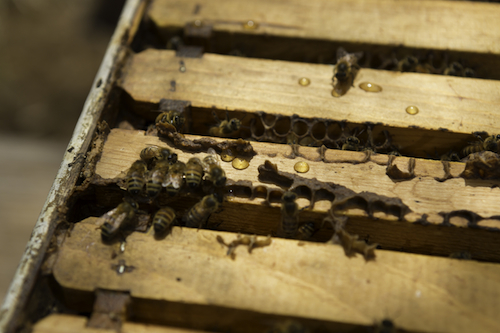 In 2007, invasive Varroa mites were discovered in hives on both Oahu and the Big Island. Fortunately, there is no evidence to suggest that the mites have spread to other islands.

Here are some ways to help protect the bee populations:

• Avoid pesticides containing neonicotinoid (already banned in various European countries). Neonicotinoid, as well as other similar insecticide ingredients like imidacloprid and clothianidin are toxic to most mammals.

• Support local beekeepers by selecting honey with “Made in Hawaii” labels and avoid processed honey, which contains none of the beneficial properties found in bee pollen.

• Build your own beehive! Beekeeping is a largely commercial industry, which can reduce diversity, pollinating range, and overall health of colonies. By setting up your own hive, you can help to maintain biodiversity, and you’ll know exactly where your honey is coming from.

• Write to your congressional representative. Groups such as the Pollinator Partnership maintain that the spread of Colony Collapse Disorder is in needs more public awareness, and more funding is needed for bee research. Also, in places like Hawaii, it is important to make sure that transportation laws prevent the spread of diseases and pests.