An eruption on Kilauea volcano’s east rift zone will be featured on a commemorative quarter that’s slated to be released this year through the America the Beautiful Quarters Program.

The coin will include the inscriptions: HAWAII VOLCANOES, HAWAII 2012 and E PLURIBUS UNUM.

Set for release on Aug. 27, the coin (pictured, right) is expected to be the fourth quarter unveiled in 2012 and the 14th in a series of 56 circulating America the Beautiful quarters. Among the other coins scheduled for 2012 release dates are: El Yunque National Forest in Puerto Rico, Chaco Culture National Historical Park in New Mexico, Acadia National Park in Maine, and Denali National Park and Preserve in Alaska. 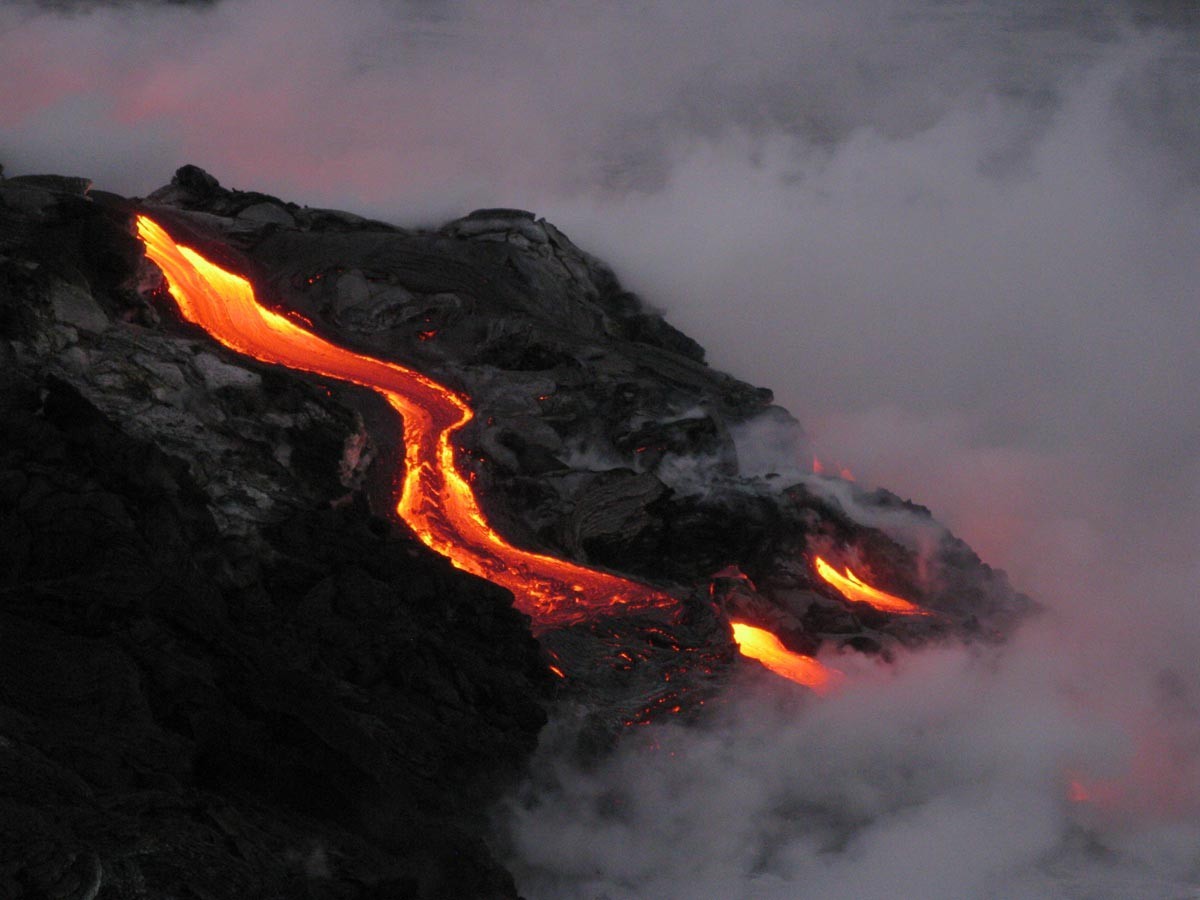 On each coin, the tails-side design represents either a national park or other national site in one of the 50 states, District of Columbia or five U.S. territories. The heads-side on each features the 1932 portrait of George Washington by John Flanagan, which has been restored to show off subtle details and the beauty of the original model. Inscriptions on the obverse: UNITED STATES OF AMERICA, LIBERTY, IN GOD WE TRUST and QUARTER DOLLAR.

Puu Oo, a cinder cone on Kilauea volcano’s eastern flanks (pictured, left), began erupting in January 1983. The ongoing 29-year Puu Oo eruption, among the longest-lasting Hawaiian eruptions in recorded history. The first written accounts of eruptions in Hawaii date back to the 1820s, when American missionaries arrived on the Big Island.