“We are delighted to have the opportunity to serve Hilo and to provide its residents with all of their Zippy’s favorites,” said Zippy’s President Paul Yokota in a recent Facebook post. Yokota continued,

“We also look forward to joining and supporting the community by offering employment opportunities and supporting Hilo’s businesses and organizations.”

The Hawaii dining institution, founded by brothers Francis and Charles Higa, opened its first Zippy’s in Honolulu on Oct. 16, 1966 (pictured, below). That restaurant, on King Street (dubbed McCully Zip’s, after nearby McCully Street,) still stands, now joined by 23 others on Oahu and one on Maui. 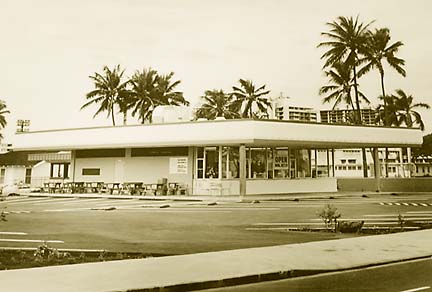 Zippy’s is most famous in the Islands for its chili. It reported sells 110 tons of the stuff monthly. The restaurant, which features about 90 menu items, is also well known for its Zip Pacs (a bento lunch with teriyaki beef, fried chicken, battered fish and a slice of Spam on rice). The restaurant’s bakery, Napoleon’s, is known for its “Napples,” flaky turnovers made with fruit and chocolate fillings.

For a few years, Kauai residents enjoyed the chain’s first neighbor island location in Kapaa. Extensive damage from Hurricane Iniki permanently shuttered that Zippy’s in 1992. The Zippy’s on Maui, in Kahului, opened in Aug. 18, 2008.