The Honolulu Festival, a lively celebration of Asia-Pacific culture, will get under way on Fri., March 1 with a Friendship Gala at the Hawaii Convention Center and wrap up on Sun., March 3 with the annual Grand Parade along Kalakaua Avenue in Waikiki followed by a dazzling Nagaoka Fireworks Show over Oahu’s south shore beaches.

Now in its 19th year, the festival will feature its signature mix of arts and cultural displays, food events, and live performances from Japan, China, Taiwan, Korea, Australia, the Philippines, various places in North America and, of course, Hawaii. In all, the fest is expected to bring a total of 4,500 performers and visitors to Oahu.

In addition, the event will feature a panel discussion and reports about efforts to rebuild areas destroyed two years ago by the Tohoku Tsunami as well as details about the effects of tsunami debris on the Pacific Ocean.

Admission is free for festival performances and exhibit displays slated for Saturday and Sunday at the Hawaii Convention Center and Waikiki Beach Walk. At DFS Galleria, admission will be waived on Sunday only.

Honolulu Festival’s goal is to help perpetuate the strong cultural and ethnic ties between the people of Asia Pacific and Hawaii. Under the banner of “Pacific Harmony,” this year’s theme is “Transforming the world; Connect! Discover! Let each experience fascinate you!”

In a news release issued by the Honolulu Festival Foundation, the nonprofit’s president, Keiichi Tsujino, said: “The Honolulu Festival celebrates the heritage of our cultural diversity through entertainment, exhibits and arts, and offers many events and activities for the whole family to enjoy.” 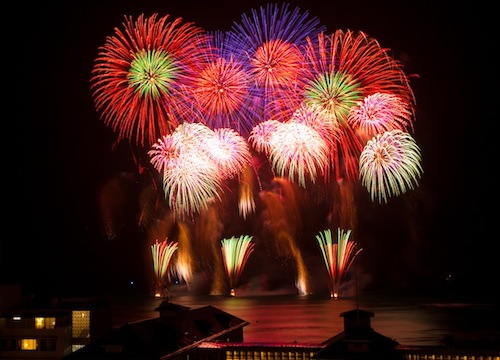 Here are some of the highlights of the fest’s free-admission events and offerings.

Tsunami discussions, updates — 3/11 Tsunami Debris: Japan – U.S. Collaborative Effort, Saturday, 9 a.m. to 12:00 p.m., Honolulu Convention Center, room 323. Panelists from U.S. and Japan organizations will discuss the effects of debris from the March 2011 tsunami on the Pacific Ocean and the collaborative efforts being taken to combat this environmental problem.

Japan organizations represented include: Headquarters for Ocean Policy – Cabinet Office, Former Deputy Chief of Cabinet – Prime Minister’s Office, Ministry of the Environment, and the Consul General of Japan at Honolulu.

Mamiko Akutagawa Talk Show: Rebuilding Begins on the Road – Story Behind the Camera,”  Saturday, 1:30 p.m. to 4 p.m., room 301. This discussion will focus on the rebuilding of areas destroyed two years ago by the Tohoku Tsunami. A report will be presented on how the disaster areas are recovering, and to express appreciation for the tremendous support received. Hosted by Reiko T. Rogers of Studio Rim Hawaii.

For more information about the Honolulu Festival, click here.