If you happen to be on Lanai this week, consider heading over to the inaugural Lanai Slack Key Guitar Festival, slated for Fri., Aug. 26 and Sat., Aug. 27 at the Four Season Resorts Lanai and in Lanai City.

The event will feature performances by several award-winning Hawaii musicians in five venues on laid-back Lanai — the “Private Isle,” previously known as the “Pineapple Isle” because at one time most of its land was used to grow pineapples.

There is no charge for attending performances and workshops during two-day event. However, festival organizers request that donations be made to the Lanai Community Association, which assists families on the island.

Hawaiian Slack Key Guitar, or ki-hoalu, which translates as “loosen the key,” in the Hawaiian language, is a solo finger-picked style that’s unique to Hawaii. It originated here in the 19th century with Hawaii cowboys (paniolo). In recent years, slack key collection albums have won Grammy awards in the Best Hawaiian Music category. 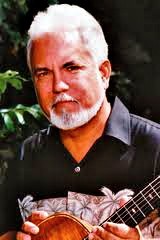 • 6 p.m. – 9 p.m. — Slack Key Dinner under the stars at the Four Seasons, Manele Bay, with performances by John Keawe, Sonny Lim and Brother Noland and other guests. Call 808-565-4000 for dinner reservations and more information.

• 12:30 p.m. – 1:15 p.m. — Workshops, at the Four Seasons, The Lodge at Koele. John Keawe offers a complimentary slack key workshop in the music room, while his wife, Hope Keawe, teaches a hula workshop on the croquet lawn.

• 8 p.m. – 10 p.m. — Ki Ho alu Fireside Jam at the Four Seasons, The Lodge at Koele. Performances by the Grammy-winning musicians.

For additional information about the first-time event, click here.