Fresh, whole Maui-grown pineapple will not be a relic of Hawaii’s past after all.

A consortium of Maui-based investors on Thursday announced the formation of Haliimaile Pineapple Co. Ltd., a new company that would immediately continue farming and harvesting the sweet and juicy fruit on 1,000 acres of Maui Land & Pineapple Company, Inc. land.

On Nov. 3, Maui Land & Pineapple announced that it would shut down all operations at its Maui Pineapple Co. subsidiary at the end of 2009 after 97 years of growing the signature Hawaii fruit on the island. The largest grower of pineapple left in Hawaii, Maui Pineapple Co. sold fresh whole pineapple in stores and online under its Maui Gold brand. Maui Pineapple’s last harvest was completed on Dec. 23.

Haliimaile Pineapple Co. will grow pineapple on only a third of the 3,000 acres farmed by Maui Pineapple Co., with significantly less workers. But the launch of the new company is good news for Hawaii residents used to seeing fresh-picked locally-grown pineapple at Island supermarkets and visitors fond of taking the fruit home with them at the end of Hawaii vacations. 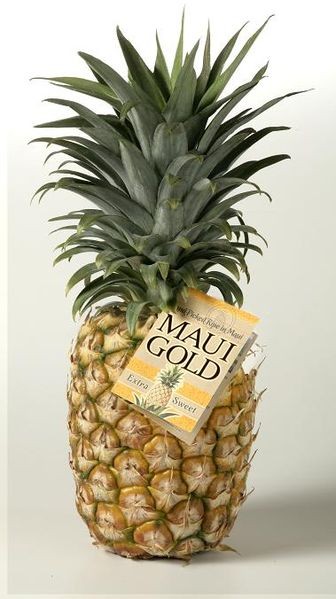 Haliimaile Pineapple’s newly acquired assets from Maui Pineapple Co. include a license to sell its whole pineapple under the latter company’s famous Maui Gold brand. Haliimaile’s immediate plans call for marketing and selling the fruit to Hawaii hotels and restaurants and local retailers for consumer purchase. It will also continue to sell direct-to-consumers online.

The new company’s investors and principals include a number of former executives and operations directors from Maui Pineapple Co. and Maui Land & Pineapple. The majority owner is Pardee Erdman, owner of upcountry Maui’s Ulupalakua Ranch and Tedeschi Vineyards. Tedeschi’s selection of wines includes several made from Maui-grown pineapple juice.

Introduced to the Islands in 1813, pineapple grew into one of Hawaii’s largest exported crops in the early 1900s after significant Oahu land investments by Del Monte and Hawaiian Pineapple Co. (today known as Dole Food Co.). Hawaiian Pineapple Co. president James Dole purchased the entire island of Lanai for pineapple production in 1922, eventually growing acreage there into the world’s largest pineapple plantation.

Hawaii pineapple production declined in the 1980s as Dole and Del Monte relocated much of their acreage elsewhere in the world, primarily due to high U.S. labor and land costs. Dole closed down the entirety of its Lanai pineapple operations in 1992, while Del Monte harvested its final Hawaii crop in 2008.

Hawaii remains the only state in the U.S. where pineapple is grown.