I’d seen the leonine silhouette from Kamehameha Highway more times than I could remember.

Perched high up on the mountain ridges overlooking Kahana Bay on Oahu’s lush Windward Coast is the distinct natural rock formation known most famously by its English name, “Crouching Lion.” When the sun is shining just right, its majestic visage can be drawn out perfectly.

Most legends of the landmark’s origins explain that the ancient Hawaiians believed it to be a demigod named Kauahi, sent from Tahiti to watch over the area. Having never seen a lion in the Islands, they considered Kauahi’s form to be that of a large-headed dog, or ilio. 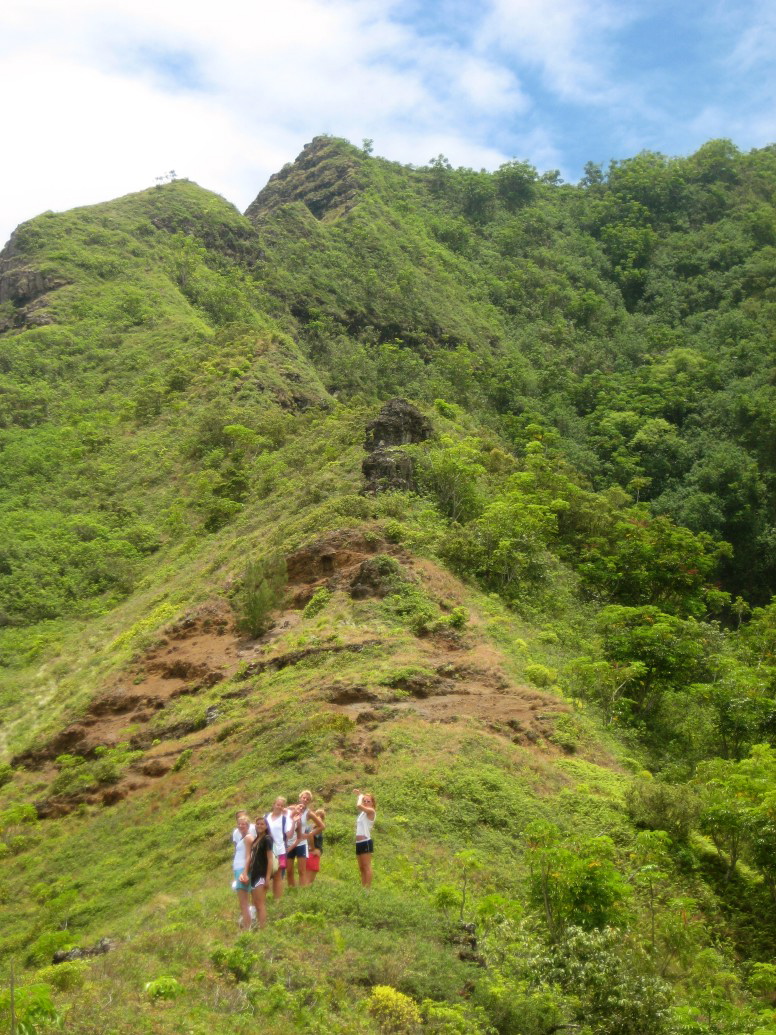 The story goes that though Kauahi wished to explore the rest of island, he never left his post. And over time, his body slowly became one with the earth.

One day, the goddess Hiiaka—sister of the Hawaiian fire goddess Pele—sang with a sweet voice that Kauahi could not resist. He struggled, as he tried to stand up and escape from the kukui tree roots that bound him, but only got as far as a crouching position before he was frozen into stone. Legend has it that he still keeps watch over Kahana Bay, Kaaawa Valley and its people below. 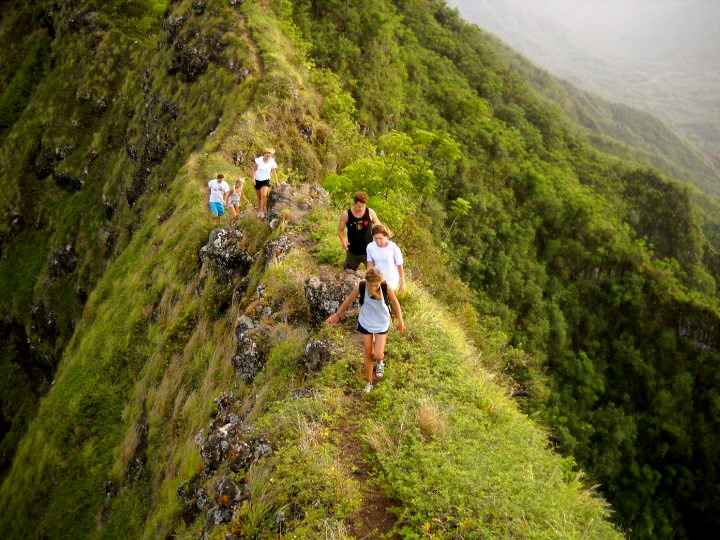 Although most Oahu residents know about the Crouching Lion landmark, most are unaware of the amazing hike that leads up to it. When opportunity knocked to hike the Puu Manamana Crouching Lion Trail recently, I couldn’t pass up the chance of seeing the lion and it’s vast valley below from a whole new perspective.

A warning before you go: the Puu Manamana Trail is not a walk in the park. With a relentlessly steep elevation gain, the trail’s ascent and descent should only be attempted by seasoned hikers. The trail also traces some narrow ridges, with steep drops on either side. 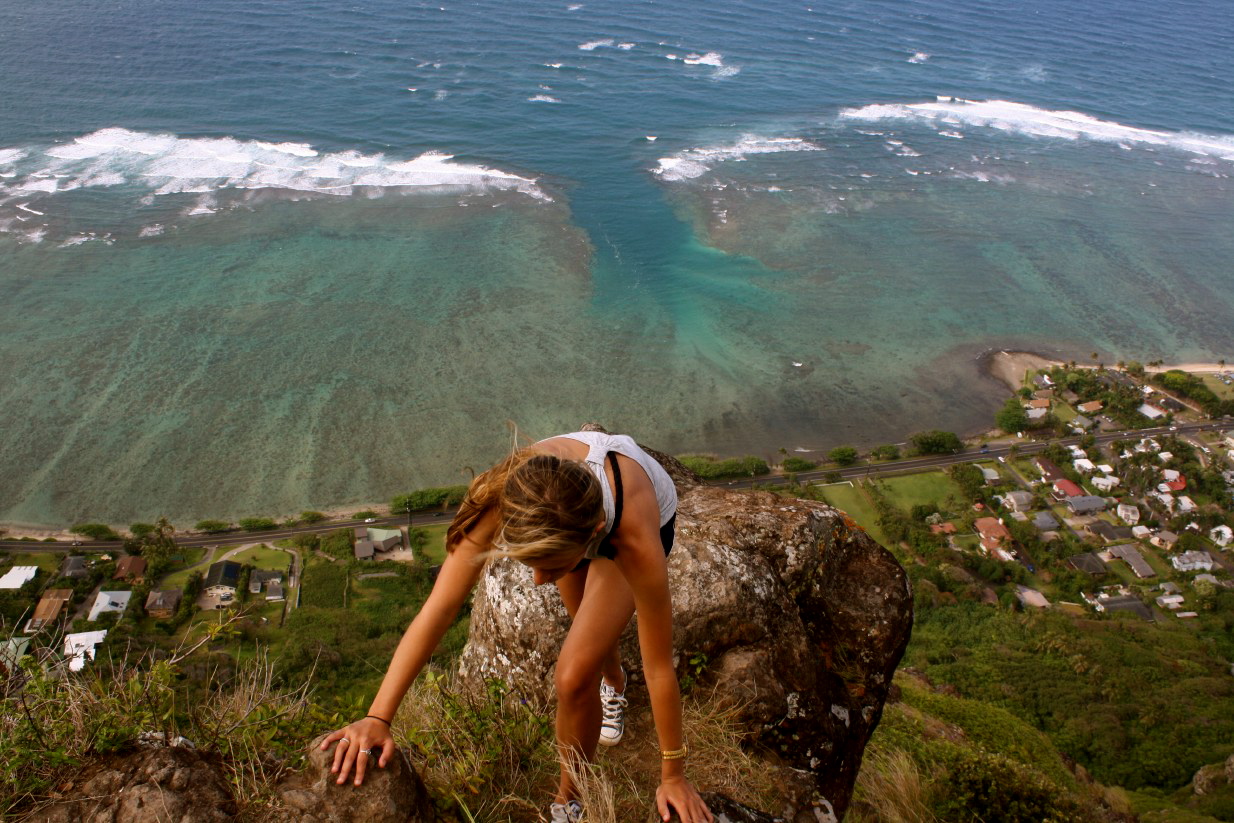 The trail begins just north of the Crouching Lion Inn on Kamehameha Highway. The trail is rugged and uneven, so your sturdiest pair of hiking shoes is a must. The first part of the hike takes you through thick foliage. After about 30 minutes, we arrived at our first lookout point. From here, we could already enjoy a closer look at the Crouching Lion, and a panoramic view of the reefs that interweave through Kahana Bay.

After a break at the lookout we continued on. Steep inclines and switchbacks quickly brought us to the 400-foot elevation of the ridge. At some points, the trail even involved some rock climbing.

Though quite a workout, the hike has a worthy award at its end. The views from the Crouching Lion are absolutely breathtaking, and on a clear day, you can see all the way from Kaneohe Bay to the south to Laie Point further north. The hike to the Crouching Lion usually takes about 90 minutes, depending on your pace. 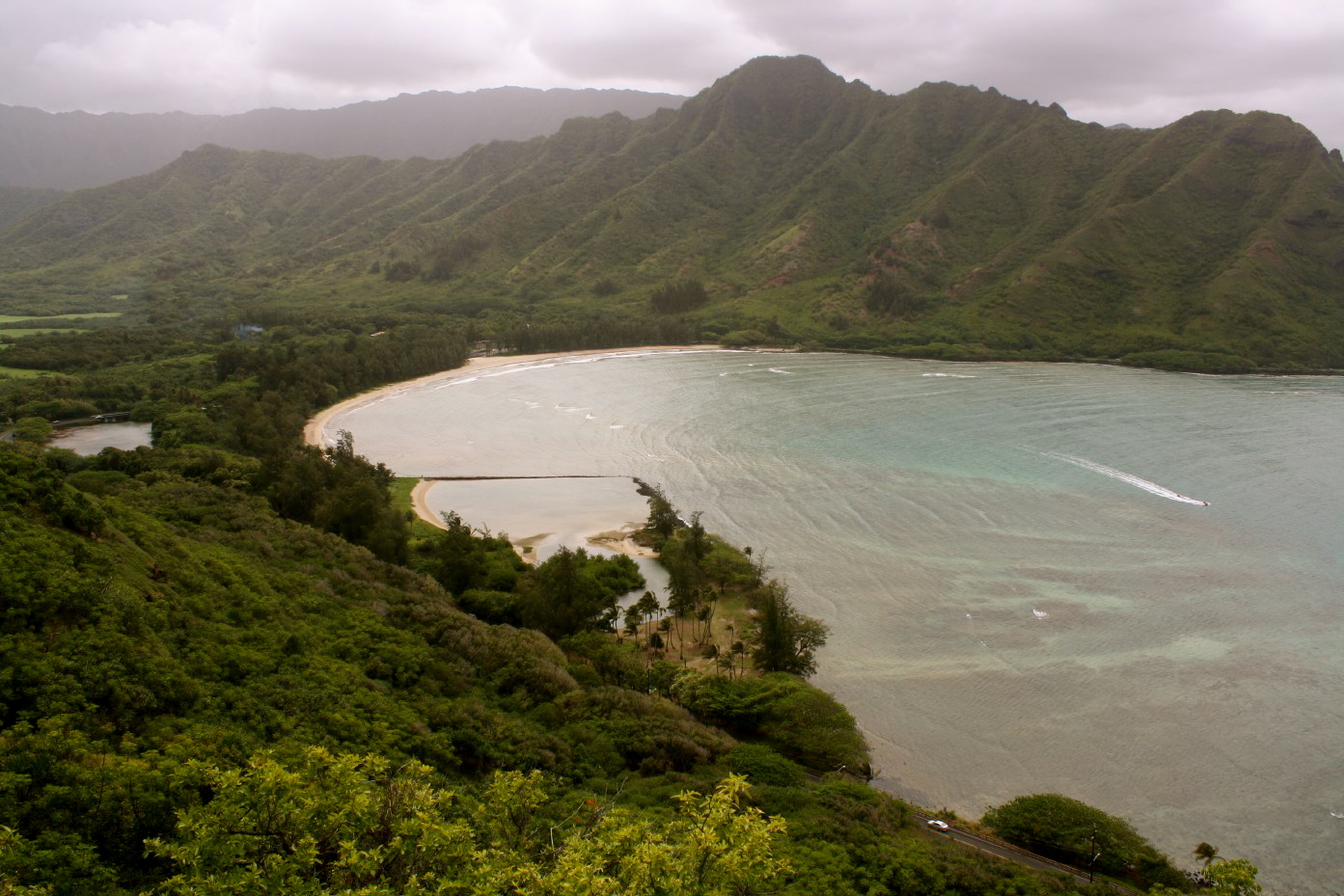 If you are up for a more daring challenge, the Puu Manamana Trail continues even further into the mountains. The hike in its entirety is actually a four-mile loop. But beyond the Crouching Lion, the narrow ridge trail becomes even more treacherous. Even the hardiest hikers often end up on all fours because of the sheer 1,000-foot drops on both sides of the trail. As good a time as any for us to remind you, again: Puu Manamana is a trail only for experienced hikers.

If you are looking for a challenging hike that captures the beauty of the island’s stunning greenery and crystal blue waters, the Puu Manamana Crouching Lion Trail is one of the best on the island. The panoramic views are hard to beat.

Just make sure you’re up for its challenges before you go. 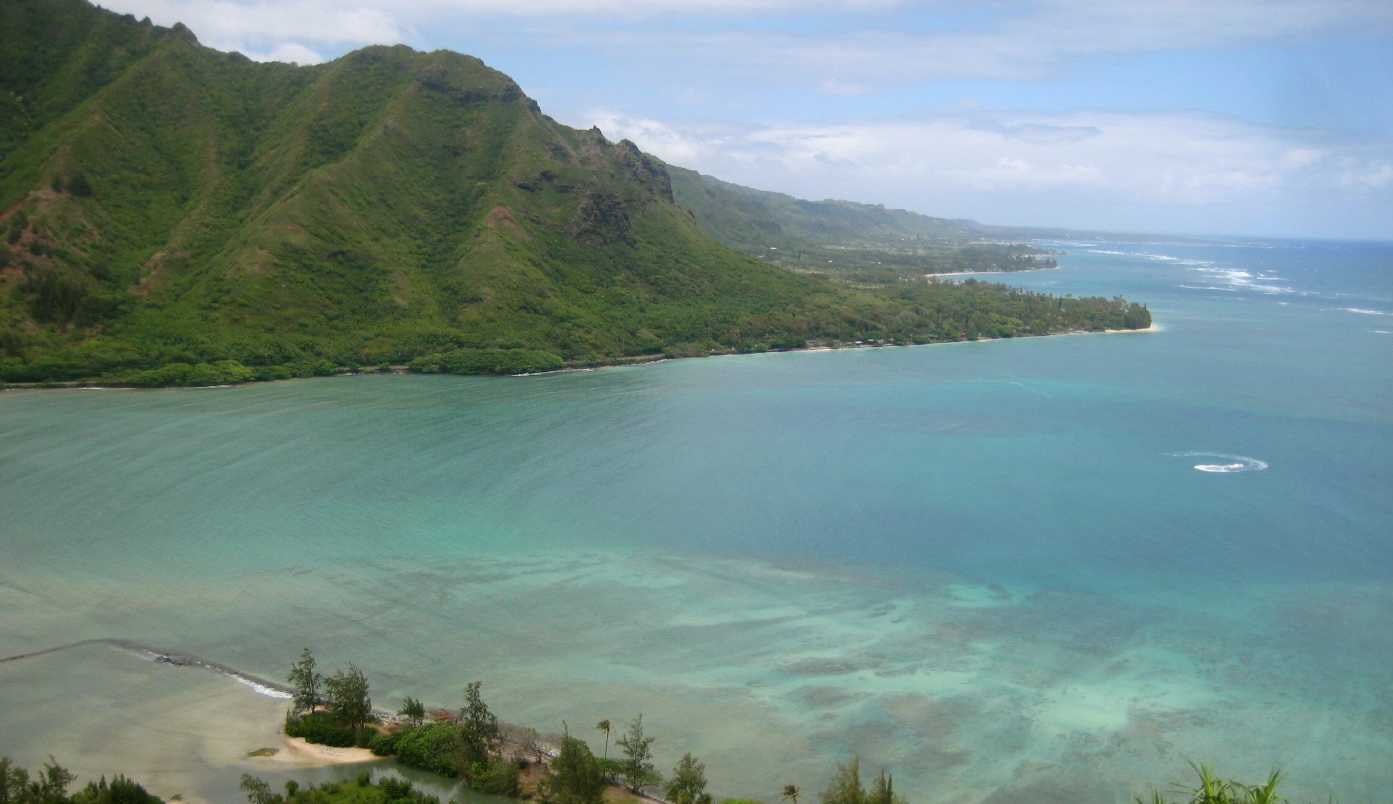