Production of a spooky-looking new ABC television series called The River is reportedly moving to Hawaii this summer, with Steven Spielberg on its producer team.

The pilot episode was filmed in Puerto Rico, as was the pilot for Off the Map, an ABC series than moved to Hawaii last summer. That medical drama about doctors working is a remote South American village — filmed on Oahu — premiered in January and was canceled by ABC last month.

The River, set deep in the Amazon, follows the story of wildlife expert and TV personality Emmet Cole (Bruce Greenwood), who goes missing in the jungle. His family, friends and a television documentary crew set out on a “mysterious and deadly journey” to find him, according to an ABC-issued press release. In addition to Greenwood (Star Trek), the series stars Joe Anderson (The Twilight Saga: Breaking Dawn Part 1 and 2) and Leslie Hope (24) as Cole’s son and wife.

Also filming in the Islands this fall will be Hawaii Five-O. Last month, our favorite re-imagined police procedural drama, Hawaii Five-O, was renewed for a second season and will air this fall on CBS. The River is slated for a midseason premiere. 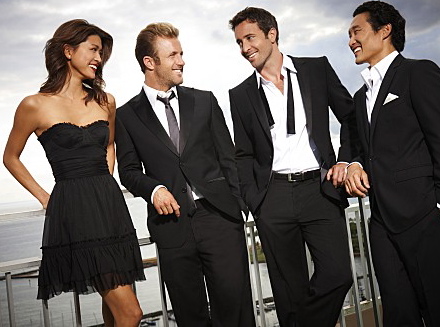 The first season of Hawaii Five-O was filmed in many familiar Oahu locations, ranging from the Manoa Falls rainforest area to Honolulu’s Washington Place, which was the official residence of the Hawaii’s governors until 2002, when it became a historic house museum. No word as of yet as to where The River will be filming, but ABC will likely be using the state film studio on Oahu, in the Diamond Head area.

Writer-director Oren Peli and writer Michael R. Perry are credited with creating the story concept for The River. Steven Spielberg is credited as an executive producer. ABC’s trailer for the drama, appears to delve into the found-footage genre, as did Peli’s Paranomal Activity. In that supernatural horror film, released in 2007, the storyline is presented by way of a camera set up by a young couple attempting to photograph a supernatural presence haunting their home.

Check out the trailer below for The River (click on frame to watch). Remember, the pilot was shot in Puerto Rico. Will Hawaii’s waterways and rainforest terrain pass for the Amazon? Will The River rivet viewers as ABC’s Hawaii-filmed Lost series did? Let us know what you think on our HAWAII Magazine Facebook page.