Since 1824, a structure has been perched on the edge of Kilauea caldera to shelter visitors to the lava-strewn landscape.

Volcano House started out as a grass house. Then, after for more than three decades of operation, the first wooden structure was built 1877. It came with a stone hearth dedicated to Pele that reportedly burned continuously for 133 years. 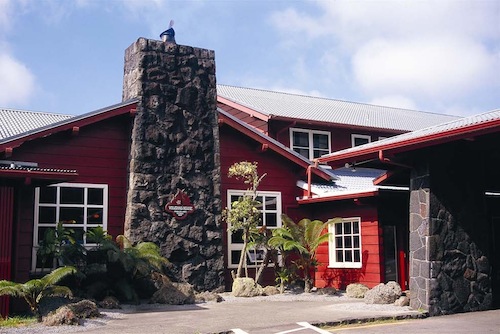 In a news release issued by Volcanoes National Park, superintendent Cindy Orlando said: “Together, these two companies have extensive hospitality industry experience — both nationally, as well as within the State of Hawaii. We are very excited to have Hawaii Volcanoes Lodge Company, LLC join with us as we enter a new era of the Volcano House operation and once again share quality visitor services with over 1.4 million annual visitors to the park.”

The new era at Volcano House, situated near the park headquarters and Kilauea Visitor Center, will continue a tradition of hospitality in the presence of volcanic views. When Mark Twain stayed there in 1866 he wrote: “(t)he surprise of finding a good hotel in such an outlandish spot startled me considerably more than the volcano did.”

As a requirement of the new contract, Hawaii Volcanoes Lodge Company, LLC will complete additional renovations on the facility estimated between $2.5 and $3.5 million. The concessioner has up to one year to complete all required improvements. However, some services and facilities may open later this year, while construction is still under way.