Scientists on the Big Island are tracking lava flow in and around a perched lava lake in Puu Oo crater on Kilauea volcano’s east rift zone.

Earlier this week, lava flow from sources outside the perched lake partially filled two smaller craters (Puka Nui pit and MLK pit) on the west side of Puu Oo, according to a report issued by Hawaiian Volcano Observatory. Also, lava rising in an area just southwest of the lowest of the side craters overtopped and spilled onto the southwest flank of Puu Oo.

A photo of Pu Oo taken on July 21 (pictured, right) compared with another snapped on June 23 (pictured, below) illustrates the recent filling the Puka Nui and MLK pit floors on the west end of Puu Oo. The shoe-print-shaped object surrounded by lava is the perched lake.

Lava drained from Puu Oo on March 5, when the crater’s floor deflated and collapsed during the Kamoamoa fissure eruption. On March 26, shortly after the eruption paused, lava abruptly returned to the crater’s floor. As scientists tracked the refilling, they noted the development of the perched lava lake, which has resembled an above-ground swimming pool. In early June, the perched lake’s levee climbed to a height of about 33 feet above the crater floor. At that time, the floor was about 170 feet below the crater rim. Subsequent lava lake overflows have pushed the full crater floor closer to the rim. 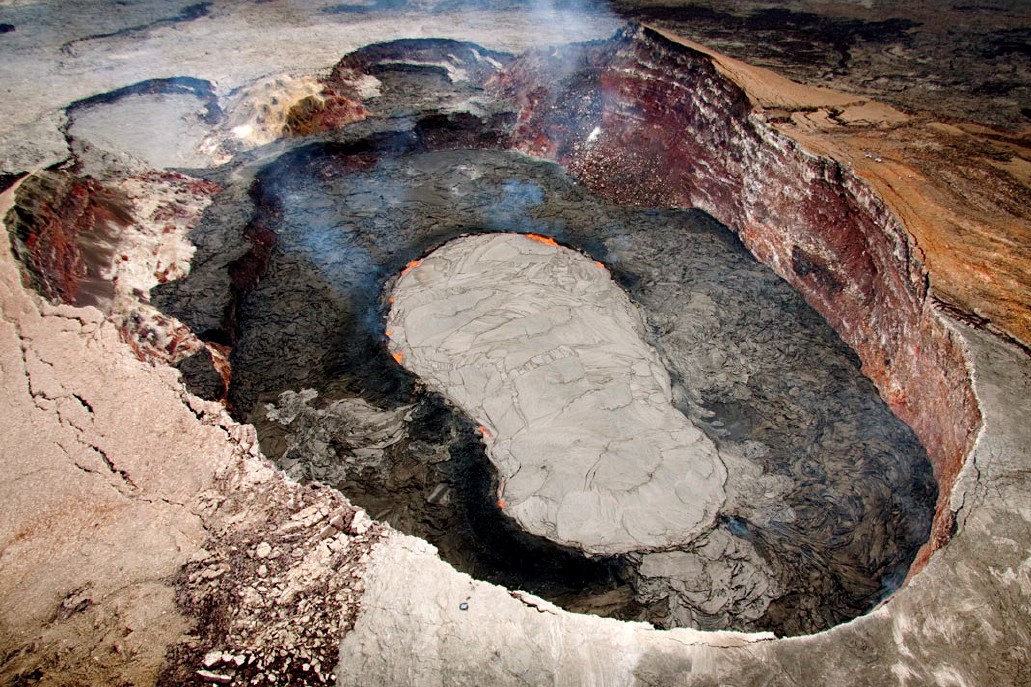 Last week, the observatory released a time-lapse video illustrating the uplift of the lava lake and crater floor in Puu Oo, spanning July 9 to July 18. During the filming, frequent small spattering of lava flowed over the rim. Also, a small collapse of the steep levee wall resulted in a short-lived breach of lava out of the lake on July 15, according to an observatory report. Scientists maintain that the uplift of the perched lava lake is is probably due to a shallow injection of magma beneath the crater floor.

VIDEO: A thermal camera positioned the Puu Oo crater’s captured the recent uplift of the lava lake and crater floor. The time-lapse video, July 9 to July 18, is looped several times. The lava lake is about 660 feet long and 330 feet wide. The temperature scale is in degrees Celsius. (Click on frame to watch.) 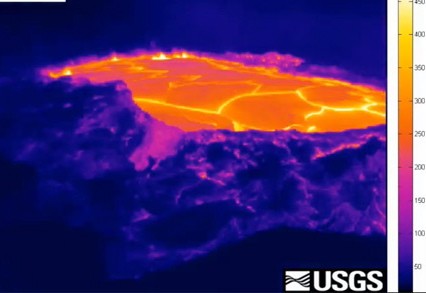