Shuttered on New Year’s Day 2010, Volcano House, which has hosted notable guests, including Mark Twain, Franklin D. Roosevelt and Isabella Bird (a 19th century English explorer and natural historian), began its gradual reopening in mid-August. Since then, it has been open to visitors, 7:45 a.m. to 6:30 p.m. daily, for purchase a limited selection of food, drink and retail items.

The “soft opening” includes a lodging rates special for Hawaii residents offered by MONOGRAM HOTEL COLLECTIONSM (a division of Aqua Hospitality). The Crater View rate is $200 per night and Naamakanipaio cabins, $55. Both will be effective through May 31. For more information about reservations, call (808) 441-7750 or 1-866-536-7972. 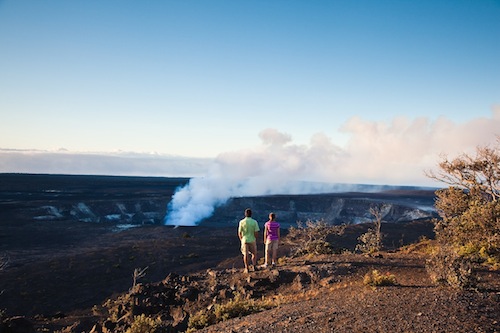 In a statement released with the announcement, Elizabeth Churchill, senior vice president of sales and marketing for Aqua Hospitality, said: “Over three years have passed since this world-famous hotel closed so we’re delighted to report that the first of the newly renovated rooms are opening.”

Since 1824, a structure has been perched on the edge of Kilauea caldera to shelter visitors to the lava-strewn landscape. Volcano House started out as a grass house. Then, after for more than three decades of operation, the first wooden structure was built. 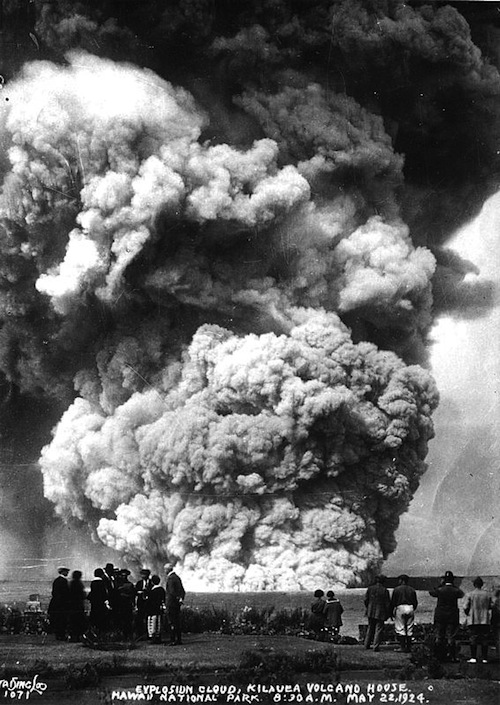 In March 2012, Hawaii Volcanoes National Park announced that Hawaii Volcanoes Lodge Company had been selected for a contract to operate overnight accommodations, food and beverage, retail, and related services in the national park. The concessioner was tapped to operate Volcano House, Namakanipaio Campground, and other smaller locations in the park.