There were no multi-multi-category award winners at last night’s Na Hoku Hanohano Awards a la Hoku Zuttermeister’s six Hoku in 2008 or Kealii Reichel’s seven in 2004. No single artist walking out the doors of the Sheraton Waikiki’s Hawaii Ballroom with a handful of trophies.

But that’s what made victory all the more sweeter for the more than two dozen Hawaiian music artists and professionals who got to take home a Hoku—the Hawaiian music industry equivalent of a Grammy—at this year’s 32nd annual awards ceremony.

Contemporary Hawaiian vocal group Pali (above) and its album …with Aloha walked away the evening’s biggest winner with three awards—album of the year, Island music album of the year and song of the year for the track “Island Days.”

Male vocalist of the year and best Hawaiian language performance honors went to Kaumakaiwa Kanakaole for his disc Kaumakaiwa—one of HAWAII Magazine’s picks for our Best 5 Hawaiian Music albums of 2008.

Another one of our best of 2008 picks, Amy Hanaialii’s Grammy-nominated Aumakua, grabbed a trophy for contemporary album of the year. But Hanaialii (below, right) was denied a fifth Hoku for female vocalist of the year by Natalalie Ai Kamauu, who won for her album I. The win was Kamauu’s second in the category. 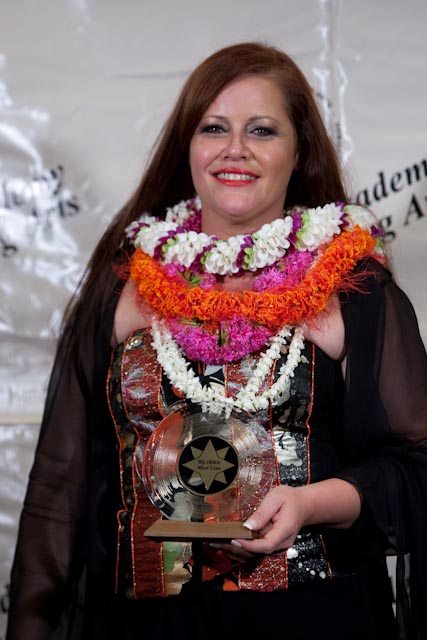 Traditional Hawaiian vocal group Holunape won group of the year honors and Hawaiian album of the year for its album Ahea? ‘Ano!

The bulk of Na Hoku Hanohano’s awards categories are voted on by members of the Hawaii Academy of Recording Arts, an organization of recording industry professionals, journalists and others with interest in Hawaiian music.

Album of the Year
…with Aloha – Pali

Female Vocalist of the Year
Natalie Ai Kamauu – I

Song of the Year (a composer award)
“Island Days” – written by Pali T.W. Kaaihue, from …with Aloha

Rock Album of the Year
Many Classics, Kalapana Plays Their Best – Kalapana

Island Music Album of the Year
with Aloha – Pali

Reggae Album of the Year
Nothing To Hide – Rebel Souljahs 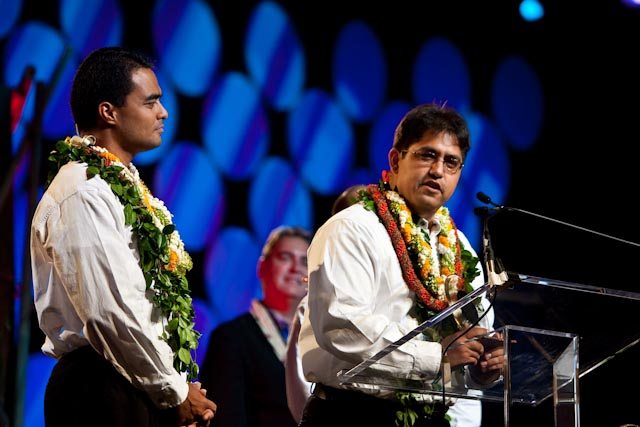 Religious Album of the Year
All For One – Del Beazley