Many Island visitors are well acquainted with Hawaii music stars such as Willie K and Kealii Reichel. How about Mark Yamanaka? Have you ever listened to a tune recorded by the Big Island musician? Not sure?

If Na Hoku Hanohano Awards serve as a sort of forecast for future success, Hawaii music fans are likely to become very familiar with Yamanaka’s music in years to come. On Sunday night, during the 34th annual Na Hoku Hanohano Awards ceremony (the Hawaiian music industry’s equivalent of the Grammys), Yamanaka won “Album of the Year” for his debut album, Lei Pua Kenikeni, “Male Vocalist of the Year,” and “Most Promising Artist” honors.

The only two other artists to sweep those three categories with debut albums? Yep, Willie K and Reichel, winning big in 1992 and 1995 respectively, according to Na Hoku Hanohano’s organizers.

Yamanaka, who had been nominated for seven Na Hoku awards, won a total of four at the 2011 Na Hoku Hanohano Music Awards ceremony, held on Oahu at the Hawaii Convention Center. He went one better than his sweep by also picking up the award for “Song of the Year,” for Kaleoonalani, a tune written for the Hilo resident’s young daughter and sung in a crooning baritone.

Known for having a voice well suited for falsetto, Yamanaka has studied with musician/composer/kumu hula Johnny Lum Ho, who has also mentored Hawaiian falsetto singers such as Darren Benitez and Na Palapalai’s Kuana Torres Kahele. 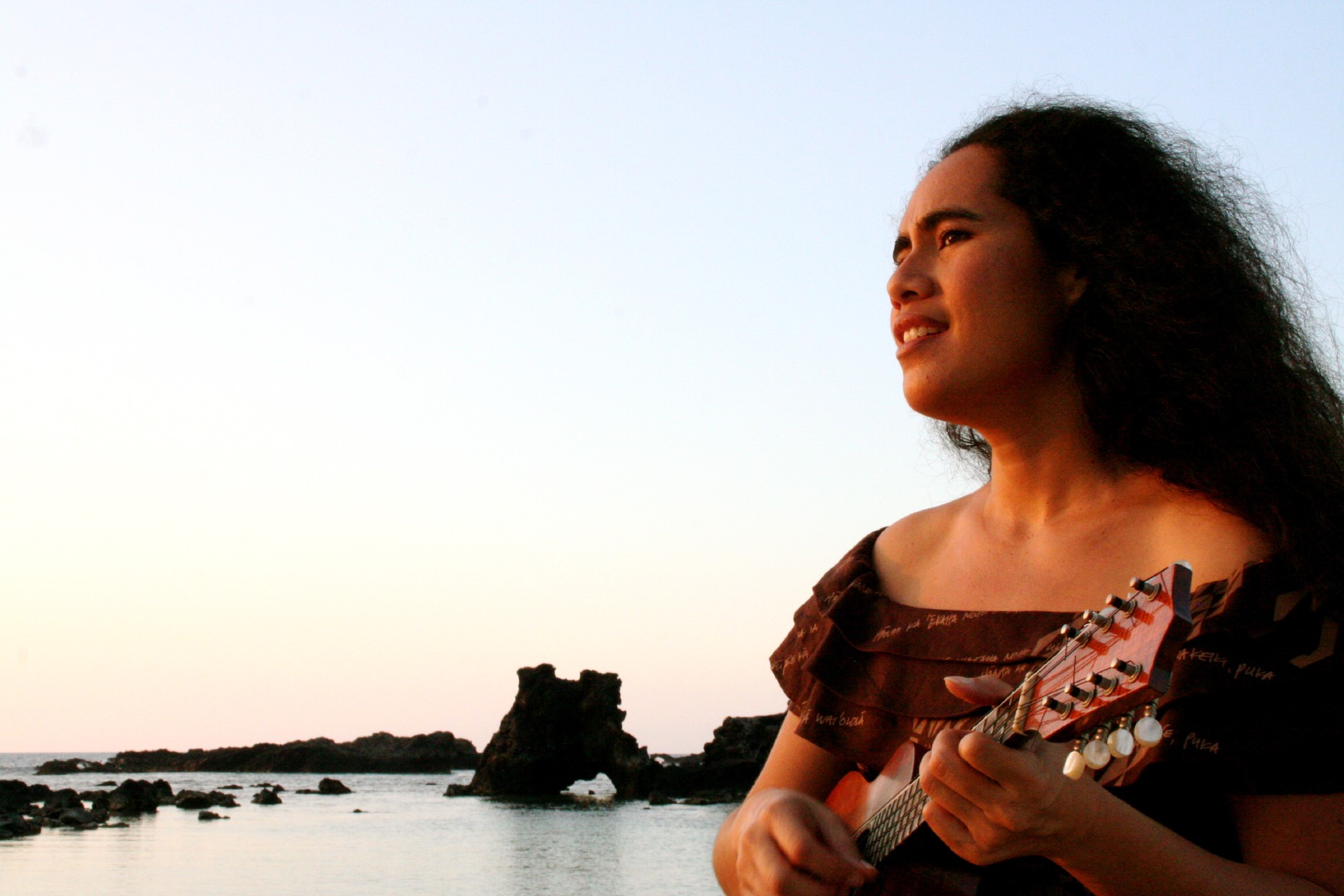 With eight nominations, Kainani Kahaunaele (pictured, left), a Kauai vocalist, musician and songwriter, had the most nominations on the 2011 Na Hoku ballot. She picked up a total of two awards, winning both top “Hawaiian Language Performance” and “Haku Mele” for music on her second album Ohai Ula. The mele award honors a first-time recorded Hawaiian-language song or chant.

Napua Makua, who received six Na Hoku nominations with her sophomore album, Mohalu, won four awards: “Female Vocalist of the Year,” “Hawaiian Album of the Year,” an award for graphics tied to “Mohalu, and “Favorite Entertainer”  — a category in which the award is decided by a public vote.

Most of Na Hoku’s 27 award categories are voted on by members of the Hawaii Academy of Recording Arts, an organization made up of recording industry professionals, journalists and others with an interest in Hawaiian music.

• Group of the Year: KuMZ, On the Summit (Kauakoko Foundation)

• EP of the Year: Solo Ukulele: The King of Pop, Abe Lagrimas Jr. & Friends (Pass Out)

• Jazz Album of the Year: Django Would Go, Hot Club of Hulaville (Hulaville)