Aulani, the oceanfront Disney Resort & Spa under construction in Ko Olina in West Oahu, has reached a major construction milestone.

At the end of April, the resort “topped off.” That is, crews recently poured the last section of cement at the fifteenth floor of the resort’s buildings.

That doesn’t mean the resort is done.  It just has reached its final height.  Above you see a recent picture which shows the two wings of towers connected by three arched lobby structures—which are supposed to evoke a Hawaiian village.  The lobby will eventually have volcanic stone columns and glass walls.

You can see the first outline of the resort’s water features in the center of the photo.  Water features will eventually include an inland saltwater lagoon, quiet pool and a water park with slides, rapids and waterfalls.  Most of the rest of this area, now bare earth, will be filled with gardens.

What you don’t see is the crescent-shaped Ko Olina lagoon, which fronts the hotel.  Here’s a shot from the hotel’s ninth-floor, still under construction, which captures the view.

When will it all be finished? At this point, more than a year out, all Disney will commit to is sometime in the fall of 2011.

Interiors, of course, remain to be finished.

We still only have artist’s renderings of what the finished Disney Aulani resort will look like. 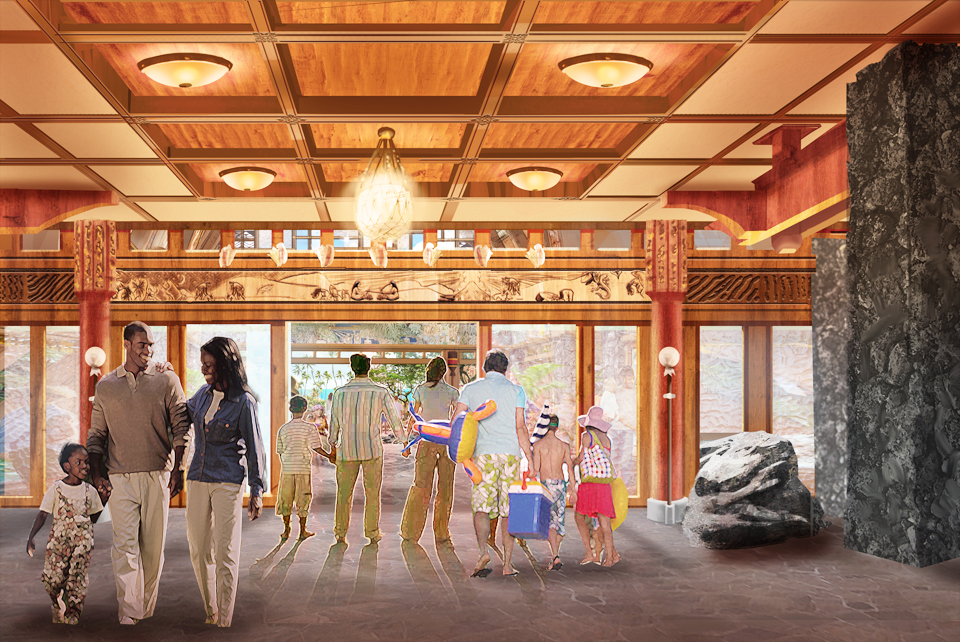 The main entrance, which leads into the middle of the largest arch structure. 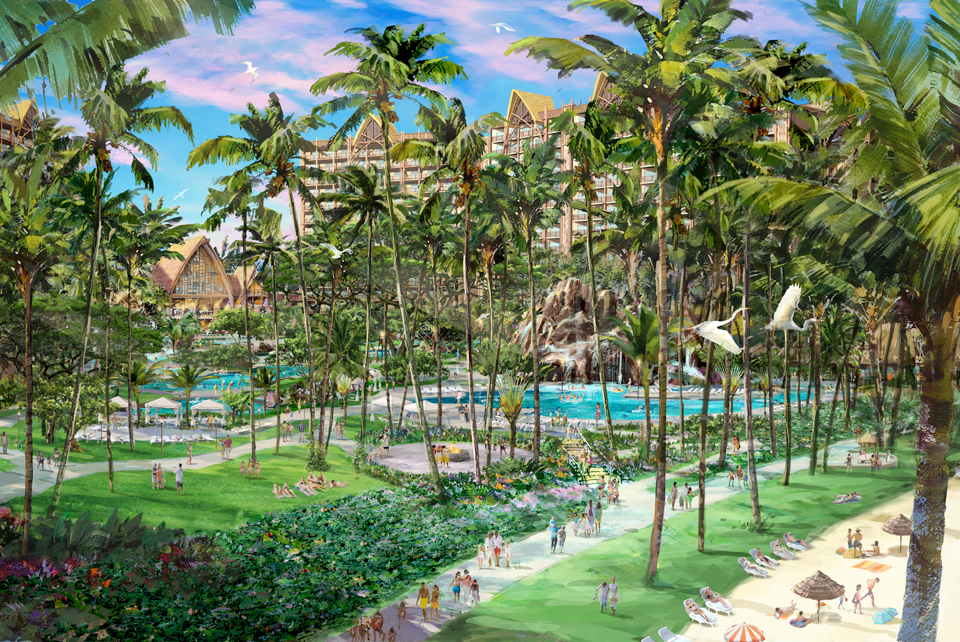 The big patch of dirt in the resort’s center will eventually look like this. 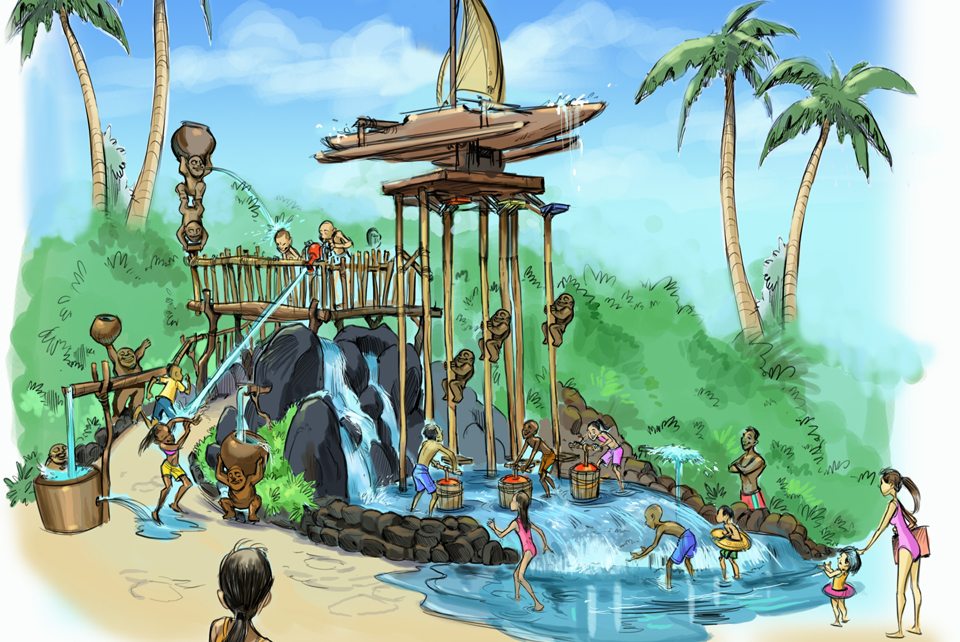 Here’s an artist’s view of the water features, designed clearly for kids.

The two images that follow are artist’s concepts for room interiors. Note the generous use of koa wood and Hawaiian-style detailing. 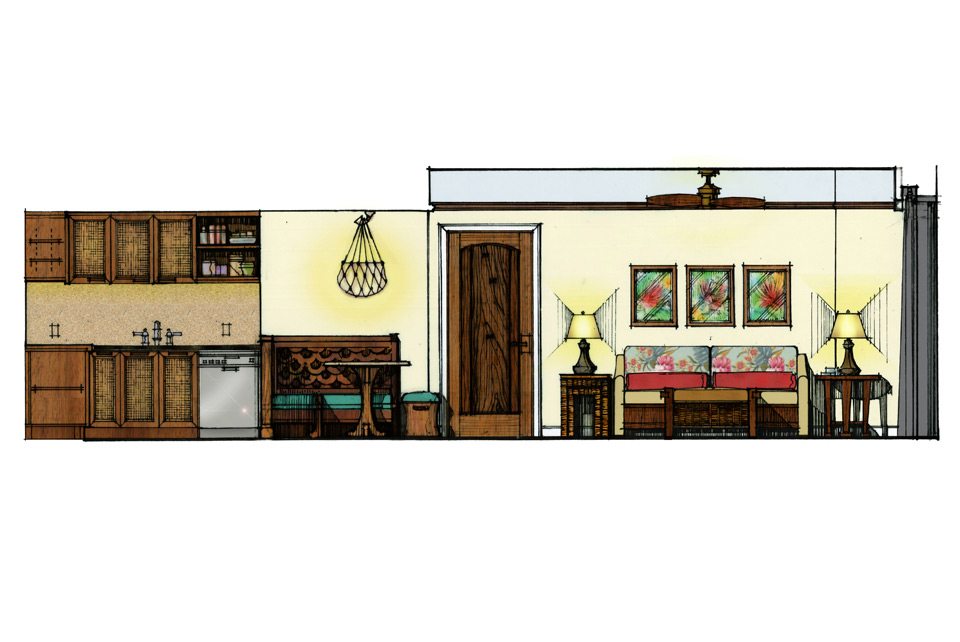