Get Functional Fungi from this Kona-Based Company

Functional fungi are hitting mainstream markets as researchers and scientists continue to identify edible mushrooms with “adaptogenic” properties. In herbal medicine, adaptogens are classified as herbs and mushrooms that help the body manage stress, anxiety and fatigue. Scientists postulate these good-for-you shrooms help to lower cortisol levels and reduce inflammation along with improving sleep and bolstering immunity. These mushrooms are having more than just a moment.

Health food shops are lining their shelves with these functional fungi in elixirs and powder forms. And leading the mushroom movement in Hawaiʻi is Mālama Mushrooms, a local superfood company from Kailua-Kona on Hawaiʻi Island. Myco-connoisseurs can find Mālama Mushrooms in health food stores and cafés throughout the Islands.

On a crisp morning in Makawao, Maui, Mālama Mushrooms founder Benjamin Lillibridge cites various clinical studies including a research study on lion’s mane and its cognitive-enhancing effects. He also shares with me the history of how cordyceps were originally found in the Himalayas. He then asks me, “Have you heard how mushrooms can break down motor oil and pesticides?”

There is growing research on the role of fungal networks and carbon sequestration. In one study, researchers in Wisconsin planted mushrooms to help remedy contaminated soil taken from an oil spill site. The scientists were studying the effects of “mycoremediation.” Through mycoremediation, fungi are employed to degrade toxic compounds in wastelands as well as in marine environments.

And a prior study found mushrooms growing in contaminated soil not only removed petroleum-based pollutants but broke them down without becoming toxic. Sure, it’s not recommended to eat mycoremediation mushrooms, but they can be composted back into the now-filtered soil.

Scientists are also evaluating the role of underground fungal networks in combating climate change. Certain species of fungi can store high levels of carbon beneath the Earth’s surface, preventing it from warming the planet’s atmosphere.

When first introduced to mycology, the study of mushrooms, Lillibridge became captivated not only by the environmental functions of the fungi, but also the functional health benefits for living beings. Mushrooms have long been a part of Eastern medicine and incorporated into natural remedies to help with stress and insomnia. It was less than 100 years ago that a group of antibiotics called penicillin was discovered from the fungus Penicillium. Today, these antibiotics are used across the world to treat infections and diseases. And new research is continuing to find fascinating links between mushrooms and human health, like their effects on neuroplasticity in the brain.

Above Makawao Town, Lillibridge meets with Charles Tresidder, another passionate mushroom guy and co-founder of Mother Mushrooms. The Maui-based farm grows gourmet mushrooms. Inside the farm’s fruiting chambers, oyster, lion’s mane and shiitake mushrooms sprout up from blocks of nutrient-enriched sawdust. Once mature, the mushrooms are harvested and go to restaurants on Maui including Pint & Cork, Spago, Ekolu Kitchen, Moku Roots as well as businesses like Mālama Mushrooms. Demand is high from local farm-to-table restaurants as Mother Mushrooms is the state’s only producer of shiitake mushrooms. 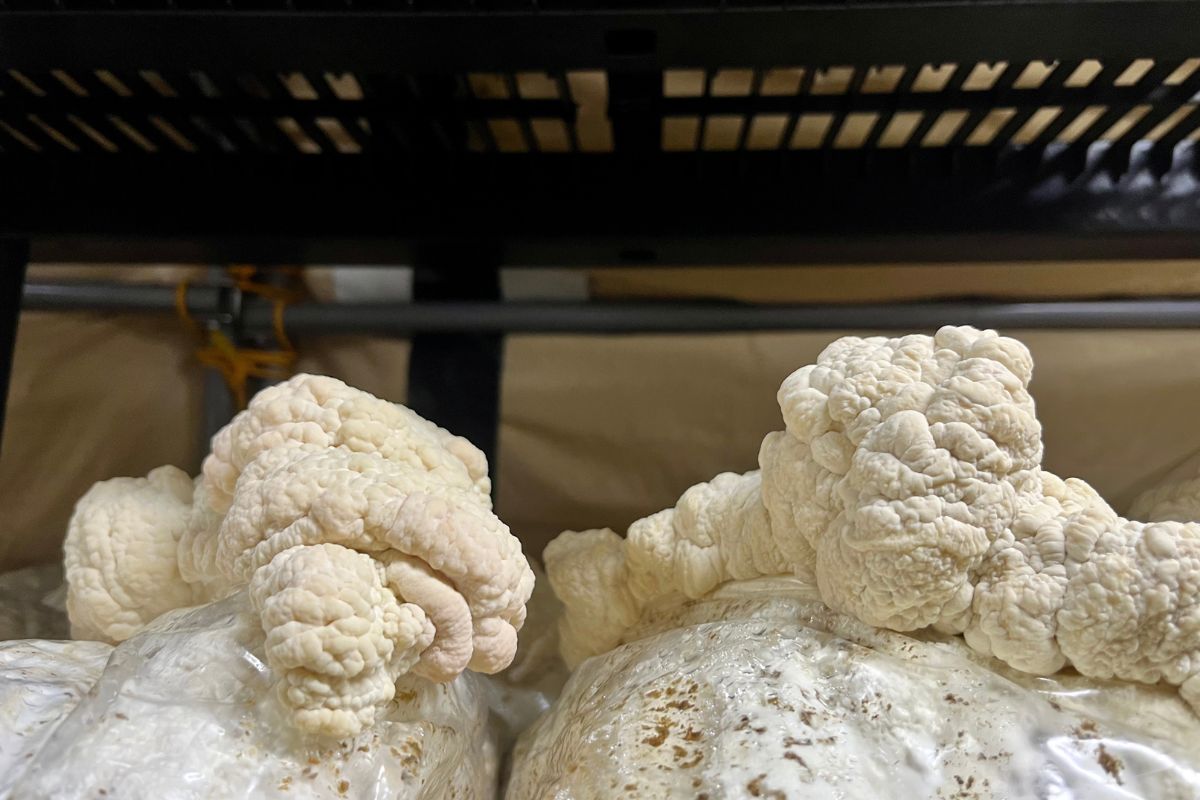 Lillibridge sources lion’s mane from Mother Mushrooms and when possible, he sources reishi from other local vendors including a farm in Kona.

Mālama Mushrooms has a line of pure mushroom extracts along with powder blends and cacao mixes, making mushrooms an easy addition to smoothies, teas and coffee. The warm cacao balances the earthy flavors for not overly-sweet mixes. In stores and online, fellow mushroom-enthusiasts will find reishi to help manage anxiety, chaga for immune support and a brain-boosting coffee mix of lion’s mane and 100% Kona coffee. The company crafts superfood chocolate bars, too. Not sure which mix to choose, Lillibridge recommends starting with the superfood mix containing eight mushrooms, including lion’s mane, shiitake, chaga, cordyceps and reishi.

While Mālama Mushrooms focuses on the health benefits of these unique species, the Hawaiʻi Fungi Project is a nonprofit organization started by Lillibridge to identify and sequence the DNA of mushrooms growing in the Islands. Lillibridge says that only 7% of the world’s fungi have been discovered, but even less is known about fungi growing in Hawaiʻi. So far, the nonprofit has sequenced 100 fungi species, half of which were not registered in a genetic bank.

With the help of the Hawaiʻi Fungi Project, the mushroom movement is growing in the Islands while researchers across the world work to unearth information about the astounding role of mushrooms–both in the environment and their potential in supporting human health.

Now, superfood mushroom supplements and lattes are no longer limited to the Goop realm. In Hawaiʻi, Mālama Mushrooms is making it simple for anyone to add functional fungi into a cup of coffee or smoothie.

To find out more about mushroom mixes and where to find Mālama Mushrooms in stores, visit malamamushrooms.com.