It’s tough. But we’ll try to curb the profusion of cute here.

These are the first photos released of three tiger cubs born at the Honolulu Zoo last month.

The three-week-old Sumatran tiger cubs were born Sept. 15—the first tiger brood birthed at the Waikiki zoo in 27 years.

Honolulu Zoo officials say the cubs and their 9-year old mom Chrissie are doing well. (The cubs’ dad, Berani, wasn’t involved much in recent goings-on.) But don’t rush to the zoo’s tiger habitat to see the newborns just yet. 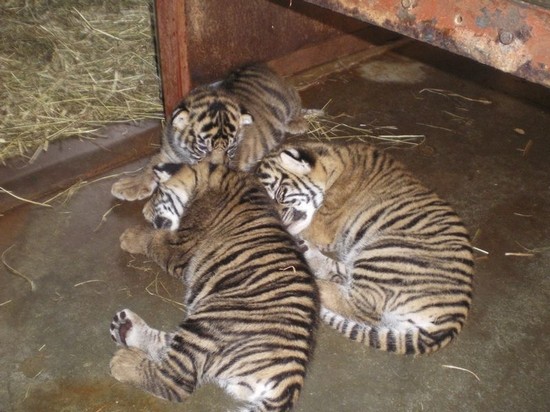 The zoo hasn’t announced a date when the still unnamed cubs will be ready for their close-up with the public.