Hawaii actress and entertainer Loretta Ables Sayre received a Tony Award nomination today for her portrayal of Bloody Mary in the hit Broadway revival of Rodgers and Hammerstein’s South Pacific.

“I’m over-the-moon. It’s such an honor to be nominated,” Ables Sayre wrote HawaiiMagazine.com via via e-mail this morning. “For this to be my first show in New York and on Broadway and then to get this nomination is more than a dream come true. And, I want to thank everyone in Hawaii for their love and support.”

Said her very-elated husband, Honolulu-based publicist David Sayre, “She called me from New York this morning at 3 a.m. (Hawaii time) to tell me. It’s amazing! We’re just on cloud nine. We’re so excited. I’m so proud of her.” 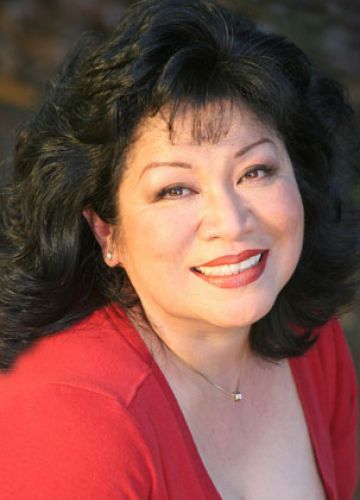 Ables Sayre, 50, has deep roots in the Honolulu theatre community, and a full resume of Hawaii television and commercial work. She is also a noted jazz vocalist, having held longtime residencies at the Halekulani and Kahala Hotel & Resort.

“The entire cast, crew and production is just really incredible, and I would encourage folks to head out to New York to see it,” said David Sayre. “It’s just an amazing show.”

Rodgers and Hamerstein’s South Pacific is playing at Lincoln Center’s Vivian Beaumont Theater. The Tony Awards will be broadcast on CBS on June 15.

A complete list of Tony Award nominations is here.