Hawaiian History Lives On in this Maui Museum

Located at the base of ʻĪao Valley, Hale Hōʻikeʻike paints a vivid idea of what Hawaiian civilization once was in the minds of its visitors.

Standing in the doorway of Hale Hōʻikeʻike at the Bailey House—located in the central Maui town of Wailuku—I’m struck by how much it looks, and feels, like a real home, not a museum. One of the oldest buildings of its kind on island, the plantation-style house was built in 1832 as missionaries were beginning to set foot on the Kingdom of Hawaiʻi. However, prior to the creation of the structure, the site had already been a place of residence, it was occupied by King Kahekili—the last ruling chief of Maui.

“My job is to remind people we [Native Hawaiians] didn’t get here just yesterday, we’ve been around for some time and these are the treasures to explain the evidence of who we are,” says Naomi “Sissy” Lake Farm.

Sissy leads me into the Maui Historical Society and begins to expand on the timeline of the house. The estate was given to Reverand John Green in 1832 and was later converted into a girls’ school with an additional dormitory being built on the land as well—the boarding house is no longer standing. The property then changed hands to Edward Bailey, where he and his wife, Caroline, raised a family of five boys. In 1957, thanks to the efforts of plantation families and Hawaiian ʻohana, Hale Hōʻikeʻike was able to open in the Bailey House. 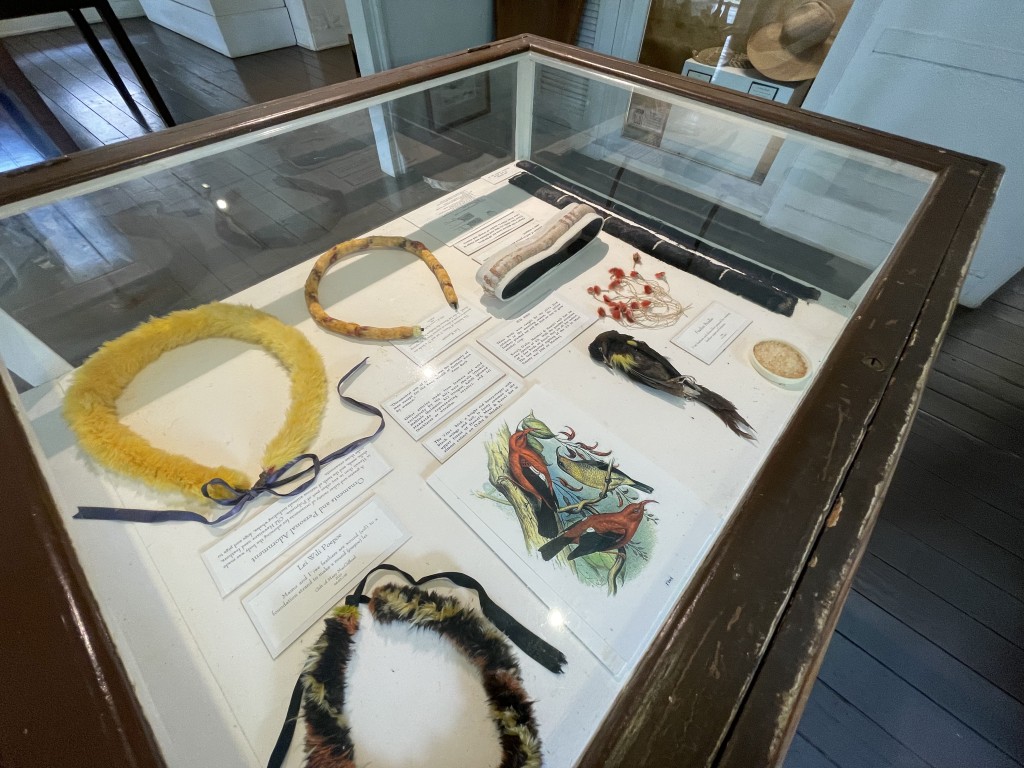 A tour is really only as good as its tour guide, and Sissy is one of the best. As we enter the first main exhibition room, which showcases tools and artifacts used by Hawaiians in the era of old, her eyes light up. Even though she’s been with the Maui Historical Society for nine years and has probably talked about these unique treasures countless times, she exudes enthusiasm as we proceed through the space. Painting a vivid picture through words and stories, Sissy tells us all about the aids on display, from fish hooks to papa kuʻi ʻai (gourds used to store poi). She knows all of the intricate little details that make a pōhaku kuʻi ʻai (stone poi pounder) created on Oʻahu different from one created on Kauaʻi or Maui.

More than just the details in the artifacts, Sissy is a master at explaining not only how the tools were made and what their uses were, but how Hawaiian society as a whole operated before pre-Western contact. It’s not just major artifacts from significant moments in Hawaiian history here—there are countless tools and items of old that were simply used in day-to-day life for Hawaiians, from netting and tree cutters to clothing and holders for kukui nut candles. “All I’m doing is educating people on what was and what really happened,” says Sissy.

(Hale Hōʻikeʻike is also one of the only places in the world where you can see a taxidermied ʻōʻō, the black and yellow honeyeater bird whose feathers were used to craft capes and clothing for aliʻi, and are now extinct.) 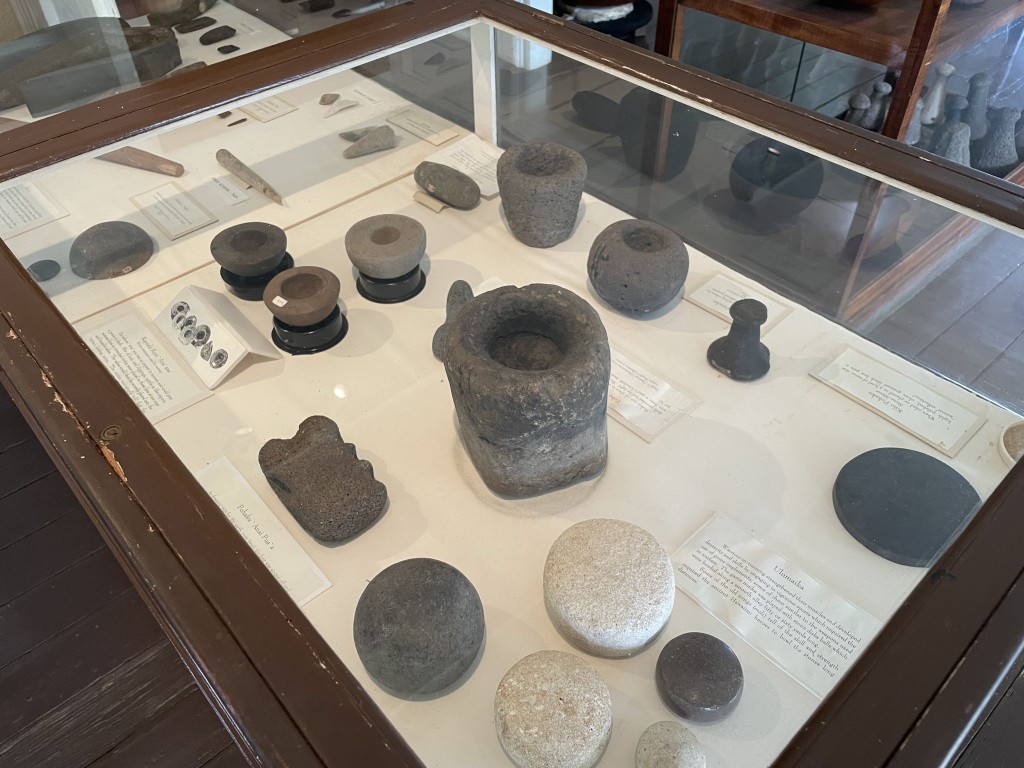 Also on display are oil paintings done by Edward Bailey himself—his art supplies and brushes are also part of the exhibit—and are fascinating looks at his view of Maui in the 1800s. One of his works, a beautifully painted vista of Maui’s upcountry landscape in Kula sloping down toward the coast, shows a pristine, undeveloped coastline. No whale watching tours or roads in sight, just pure unadulterated nature. Another stunning work of art, one Sissy was very excited to show us, was a lithograph showing Hawaiʻi’s royalty, King Kalākaua and Queen Liliʻuokalani, in attendance at Queen Victoria’s jubilee in 1887 at Westminster Abbey.

“The aliʻi and the Hawaiian monarchies were a worldly, royal family,” says Sissy, “and we were once a kingdom with international influence. And this lithograph shows that.” Through art, artifacts and moʻolelo (stories), Hale Hōʻikeʻike shows a lot about Hawaiʻi and its pre-western civilization. And with talented guides like Sissy, visitors will be entered into a world of Hawaiian culture the moment they enter the front door.

For more information about Hale Hōʻikeʻike, visit its website.