The Hilton Hawaiian Village Beach Resort & Spa will begin construction on two new vacation timeshare towers in 2013, launching an aggressive expansion that will add 550 units to the resort’s timeshare holdings by the end of the decade.

Because both towers will be built on already developed lots—the first over a bus depot, the second over a redeveloped Rainbow Bazaar—Hilton officials say the project will not reduce the current amount of open space on the resort property.

Hilton Worldwide did not disclose an estimated total cost for the project. The company expects the project to generate 682 permanent jobs when all phases are completed. 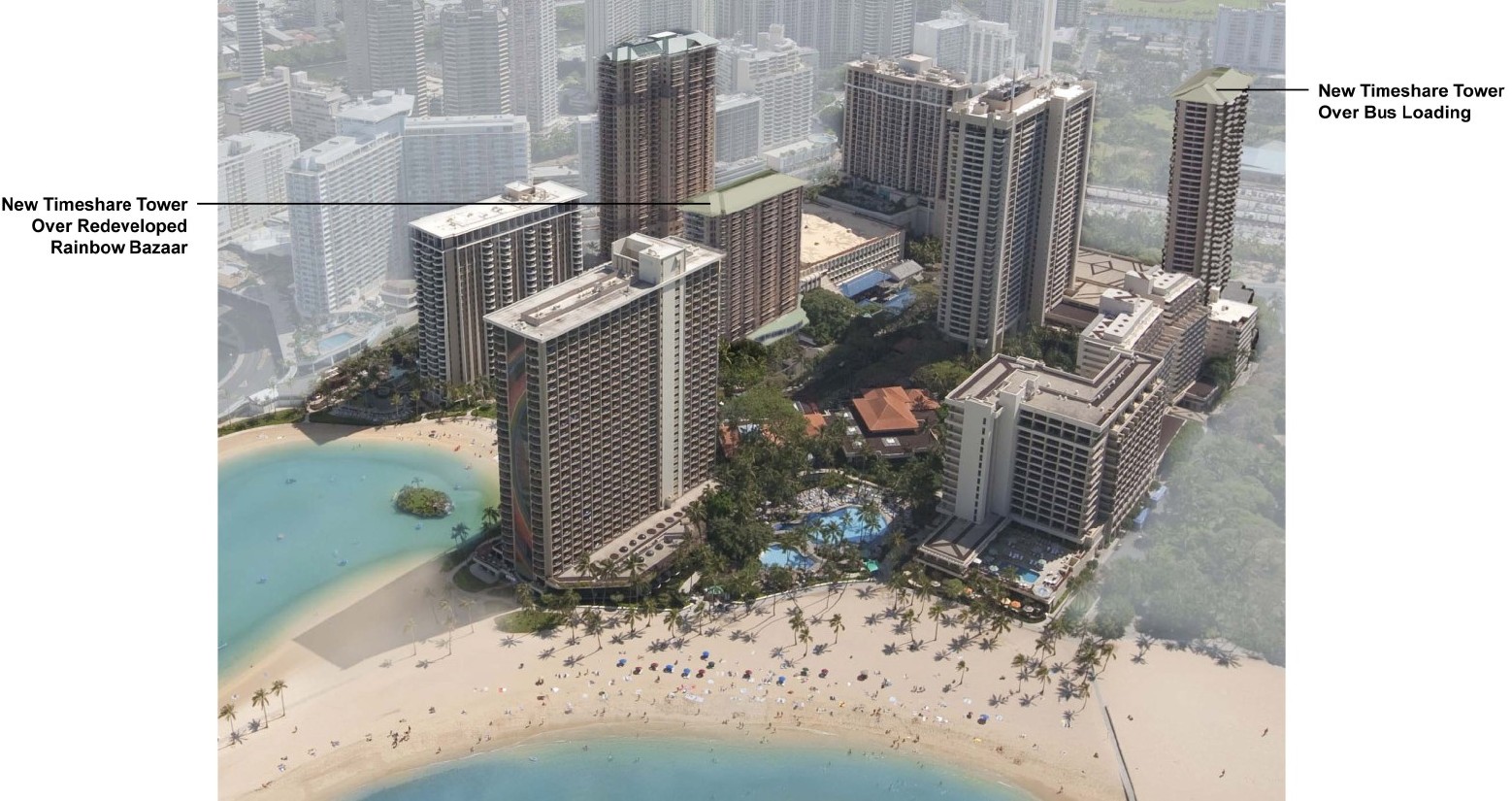