The Hawaii institution known for more than eight decades as the Honolulu Academy of Arts is changing its name to Honolulu Museum of Art. The name change is already in place on the museum’s website and new facade signage for is in the works for the its near-downtown site at Beretania and Ward streets.

Here are some related name changes that are also taking effect this month:

In July, the Honolulu Academy of Arts merged with The Contemporary Museum, which is nestled in the Makiki Heights/Tantalus residential area overlooking Honolulu. The new “multi-campus” museum is Hawaii’s largest private presenter of visual arts programs and maintains a permanent collection of more than 50,000 works of art.

Founded in 1927, Honolulu Academy of Arts maintained collection that spans 5,000 years and includes Asian and Western masterpieces. Among the artists represented in the collection Vincent van Gogh, Claude Monet, Katsushike Hokusai and Robert Rauschenberg. The Contemporary Museum — the state’s only museum dedicated to contemporary art — was founded in 1988. Its collection included 3,500 art pieces— from the 1940s through the present — and spotlights artists such as Frank Stella and Kara Walker. 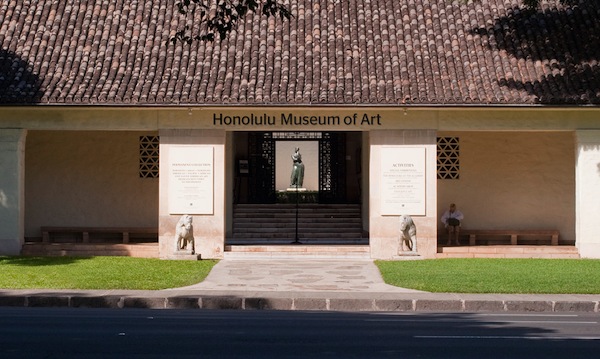 The merger, along with results of a survey of Hawaii visitors, helped prompt the name changes. In a news release issued about the changes, Honolulu Museum of Art Director Stephan Jost said:
“Our research has shown that only 13 percent of tourists surveyed thought that the name Honolulu Academy of Arts denoted a museum.” In addition, 47 percent of tourists surveyed thought that the Academy was only an art school.”Jost added,  “This change helps us to connect with our island visitors.”

Throughout the rest of this year, the Honolulu Museum of Art will roll out additional changes and events, such as a special open house and the reinstallation of galleries, marking the launch of a new institution that encompasses two museums, an art school, two cafés, two shops, and a theater.

For additional information about the new institution, click here.