There are many fishes around the world called butterfish, but in Hawaii, butterfish is a preparation, not a species of fish.

We made our first trip to Hawaii in 2001. On Kauai, my wife had what she still declares is the best fish that she has ever eaten–butterfish.  Since then we’ve been to Kona and three times to Maui. We ask for butterfish, and everyone says that they have never heard of it.

Is there another name for this fish? Why does no one seem to recognize it even at the docks in Kona? Please help us so I can make our next trip the perfect vacation for my wife by getting her another butterfish dinner.

We understand the confusion. There are many fishes around the world called butterfish, including an eel in England. But in Hawaii, butterfish is a preparation, not a species of fish.

What you are looking for is actually miso-marinated black cod. (This is another confusing fish name, since black cod is actually a North Pacific sablefish, named for its dark black skin.)

In Hawaii, where it’s hugely popular, this dish is usually called misoyaki butterfish. You’ll find it on many menus (especially Japanese restaurants) and you can buy butterfish fillets already marinated in most Island supermarkets.

Of course, you can use the butterfish recipe on any other firm-fleshed fish, even salmon or ahi (tuna). In fact, some people make misoyaki chicken, using the same marinade. 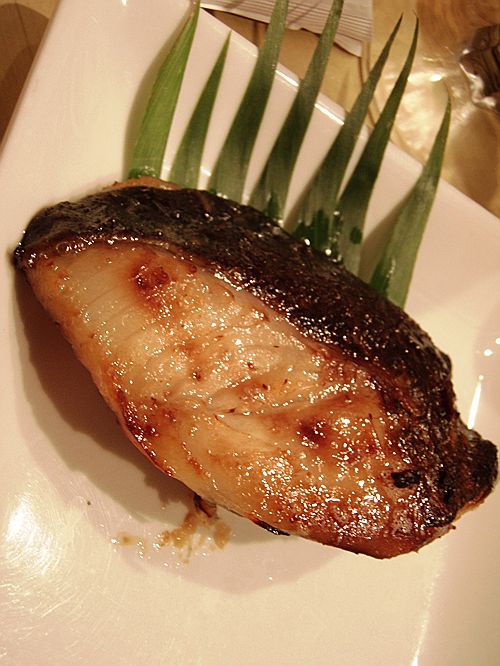 Misoyaki butterfish is fairly simple, but you need to work a day ahead.

Combine ingredients over low heat in a sauce pan until caramel color.

This is a marinade, so you can adjust proportions and ingredients to suit yourself. Some chefs add a bit of soy sauce, others a touch of vinegar. Still others grate in a little fresh ginger. Some Japanese chefs also add kasu, which are the lees from making sake, though that’s a hard ingredient to find.

Cool the marinade and use it to cover the fish fillets. Refrigerate for at least 24 hours, then grill, broil or saute gently. You don’t want to let the sugar in the marinade burn, just turn a beautiful golden brown.