Mighty By Design: Four facts about the USS Missouri

The USS Missouri aka the Mighty Mo hosted the ceremony that ended World War II 70 years ago (Sept. 2, 1945) as Japan surrendered to the Allies in Tokyo Bay. This Iowa-class battleship was decommissioned on March 31, 1992, and today sits peacefully at Pearl Harbor available for guided tours and viewings. The Mighty Mo served valiantly in three campaigns: WWII, Korean War and Operation Desert Storm. Here are four facts about the Mighty Mo’s specs worth celebrating: 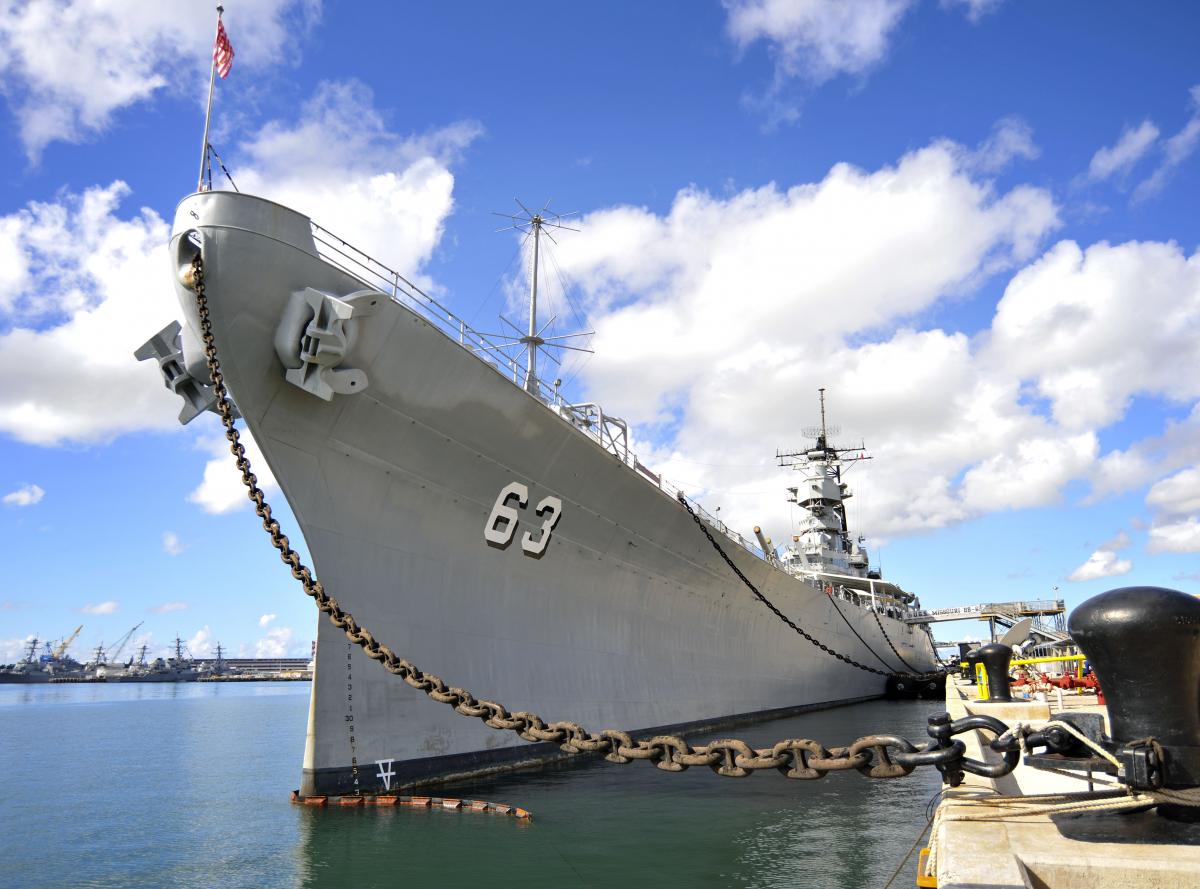 1) Last But Not Least

The USS Missouri was the last Iowa-class battleship built and was launched on January 29, 1944. Originally, there were six Iowa-class series of battleships ordered by the United States in 1939 as war escalated in Europe, but the last two vessels’ construction was eventually cancelled. The Mighty Mo and its sister ships (USS Iowa, USS Wisconsin and USS New Jersey) were the last battleships made for the Cold War. As military budgets decreased and the need for nuclear submarines and aircraft carriers increased, the Iowa-class battleships, like the USS Missouri, were no longer necessary to build.

The width of the Mighty Mo is 108.2 feet and was specifically designed to allow this battleship to safely and narrowly navigate through the Panama Canal, which is 110 feet wide. 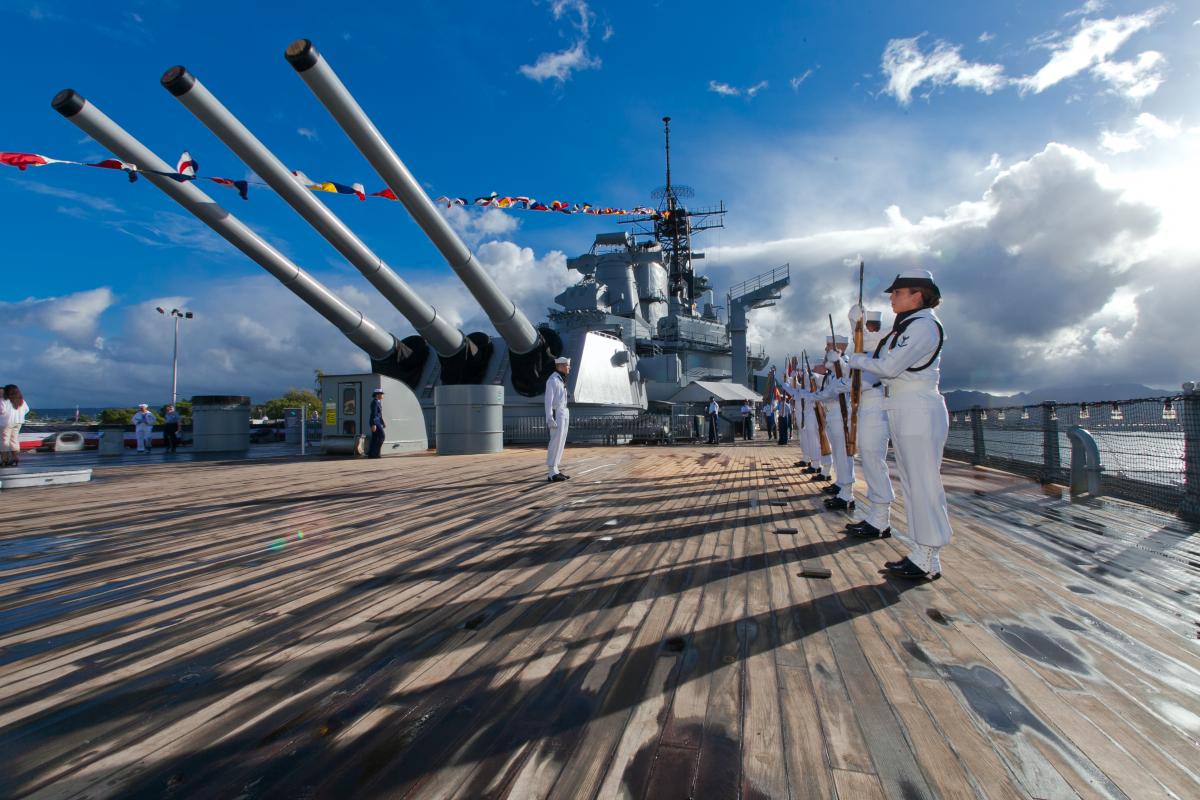 Tectona grandis (teak) is a tropical hardwood in the Lamiaceae family of trees. Its lumber is valued for its water resistance and durability, which is an ideal building material for boats and furniture. The reason the deck of the USS Missouri was built out of teak was because of the massive amounts of gunpowder that was transported on and off the battleship for the large guns. This gunpowder was stored in large metal receptacles and, if the Mighty Mo’s deck was made out of steel, there could be a potential safety hazard from sparks that could have occurred from a metal gunpowder container scraping a steel deck. Boom! 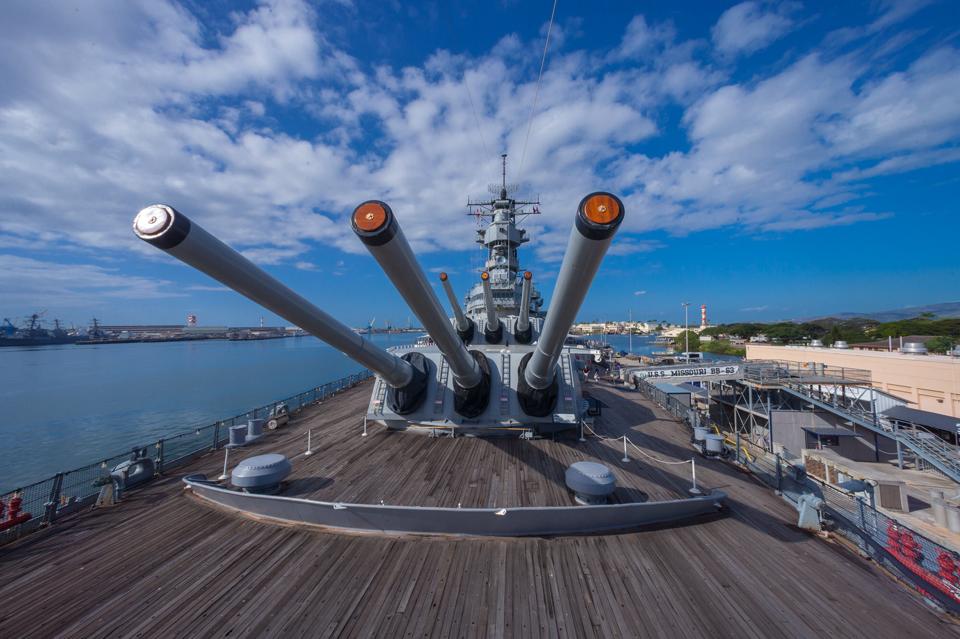 The Mighty Mo boasts nine gun turrets which have the ability to fire at the same time. When firing, the turrets are turned to the side, and contrary to conventional thinking, when the ship fires all of its guns at the same time the USS Missouri would not move sideward. These guns could also shoot projectiles the weight of a Volkswagon bug up to 20 miles away with a max speed of 1800 miles per hour.