Reichel was unknown in 1994, when his first album, Kawaipunahele, burst on to the scene, dominating Hawaiian radio, the Billboard Magazine World Music Chart and that year’s Na Hoku Hanohano music awards. He’s followed up with four more albums over the years, winning 17 Na Hoku awards, a Grammy nomination and a national recording contract.

He’s performed in Japan and across the Mainland, including a 1997 Carnegie Hall concert with his hula halau (group). He’s also earned a reputation as the best-paid Hawaiian act, but one who refuses to compromise, giving authentic Hawaiian culture a voice on the world stage.

He rarely gives interviews any more, but we were lucky to catch up him in a small Wailuku, Maui restaurant called Main Street Bistro, where the food was good and the conversation even better.

You’ll find our “Portraits in Paradise” feature on Reichel in the January/February 2010 issue of HAWAII Magazine, arriving in subscriber mailboxes and on sale nationwide in the weeks ahead. Look for more “Portraits in Paradise” features on Hawaii’s rich tapestry of artists, musicians, cultural leaders and fascinating residents in future issues of HAWAII.

As we promised at the end of the magazine feature, here’s our complete interview with Reichel.

HAWAII: Is there going to be a new Kealii Reichel album?

REICHEL: I don’t know. I’m sure one day there will be one, one day, one last one. I have a few songs in the can, but recording is not my focus in my life right now.

HAWAII: You’re on your way to hula practice. Is hula now your focus?

HAWAII: I’ve heard that no matter where you are in the world, you always fly back for hula practice.

REICHEL: Pretty much. I have student leaders who can take the class, but I don’t like missing more than a week, especially just before a big concert. Now we’re involved with (the) Merrie Monarch (Hula Festival). That takes a huge chunk of time and discipline on my end as well as on the students.

People have no idea the amount of work that goes into a hula performance. I don’t teach hula for exercise. When dancers come to our halau, at some point they are going to be expected to perform. If they want exercise, go to a gym.

HAWAII: So much has changed for you. When we talked back in 1995, you told me that to finance your first album, Kawaipunahele, your halau had to hold bake sales.

REICHEL: Yes, we did. We sold shortbread cookies, which we still do to raise money for costumes and travel. That’s because when we asked record companies for money, they literally laughed us out of their office.

That was a blessing in disguise because then we weren’t beholden to anybody but ourselves. We recorded half the first album at a Honolulu studio. When started to get low on funds, we recorded a good half of it on Maui, in a friend’s house. “Wanting Memories” was recorded in the bathroom.

We finished it in two weeks. We just wanted to break even, sell maybe 2,000 CDs and 1,000 cassette tapes. We filled the initial order, and we were getting reports that stores were running out the first day. There were waiting lists. It took us six months to get caught up with the backorders.

HAWAII: You went from holding bake sales to international Hawaiian music stardom in about three or four weeks. I can’t imagine what that would be like to live through.

REICHEL: Everything happened so fast and unexpectedly. I think back on it, and it seems like a blur. It was helpful it happened later in my life. Had I been in my early twenties, I don’t know. I was 32, so I’d gotten most of my young stuff out of the way. 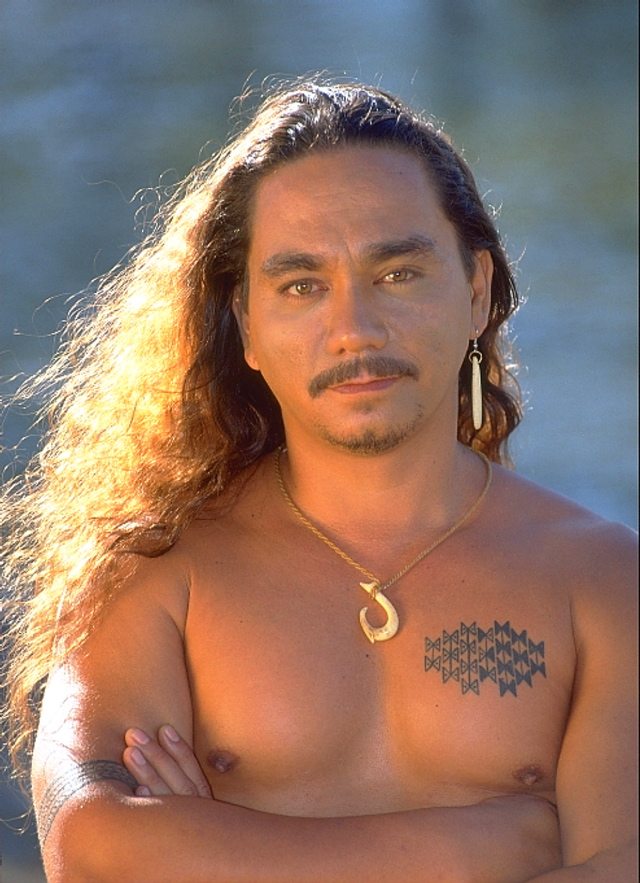 REICHEL: I was your typical twenty-something year old. Not concerned about tomorrow, you live day to day, night to night, paycheck to paycheck, house to house. What did change for me in my twenties was when I got into trouble with the law.

REICHEL: It could have been. Grand theft. I should have gone to prison. When I was arrested, Maui’s a small island so everybody knew who I was. I went in, got fingerprinted, took picture and they said, “Okay, we know where you live, don’t go anywhere.” They knew I lived with my grandmother; she never knew anything about this because they knew she would go ballistic.

The judge cut me a huge break because he’d seen our halau perform. He realized that perhaps it would be better if I stayed out of prison. He put restrictions on me for five years and said, “It’s because of your work in the Hawaiian community. You’re more valuable outside than inside.” That was a huge turning point for me. That absolutely set my path into Hawaiian culture.

HAWAII: You were already doing hula, though.

REICHEL: From when I was very young I had always been fascinated with hula. I didn’t understand what they were doing. When I saw it, I found myself riveted and couldn’t figure out why. When the opportunity came to study hula at Lahainaluna High School, I jumped at the chance.

HAWAII: So your course was already set.

REICHEL: A little bit. There were lots of bumps along the way. I wasn’t a very good dancer. In fact, I was really bad. Same with the singing. I was in chorus in high school and we’re getting ready for our spring concert. The advisor pulled me on the side and said, “You’re throwing everybody off. Can you mouth the words instead?” I’m like, “Okay, not a problem.”

Same thing with the hula. They would forget my outfits on purpose so that I wouldn’t go onstage. And look now.
HAWAII: Did those setbacks make you work harder?

REICHEL: Yes, I’m not good with rejection. In both cases, I stopped doing it publically and obsessed on it in private. I think that was the path, and it just snowballed, slowly at times and quicker at other times. I think that certain things get reawakened in you as a person, as a human being, along your path. Sometimes you discover it and sometimes you don’t. I’m glad I did.

HAWAII: You didn’t do it all on your own, did you?

REICHEL: The people that you come into contact with can keep you on that same path and strengthen that foundation. Over the years I was lucky to have mentors who were extremely helpful in making sure that my cultural education continued. It continues to this day.

HAWAII: You’ve become a mentor, a teacher, as well.

REICHEL: I’ve taught at Maui Community College and various schools. You can approach Hawaiian culture on two fronts, from the academic front and from the culture front. You have to know when each is appropriate. For me, cultural learning is much more important than academic. But you have to have that academic learning and structure in order to make your mark. 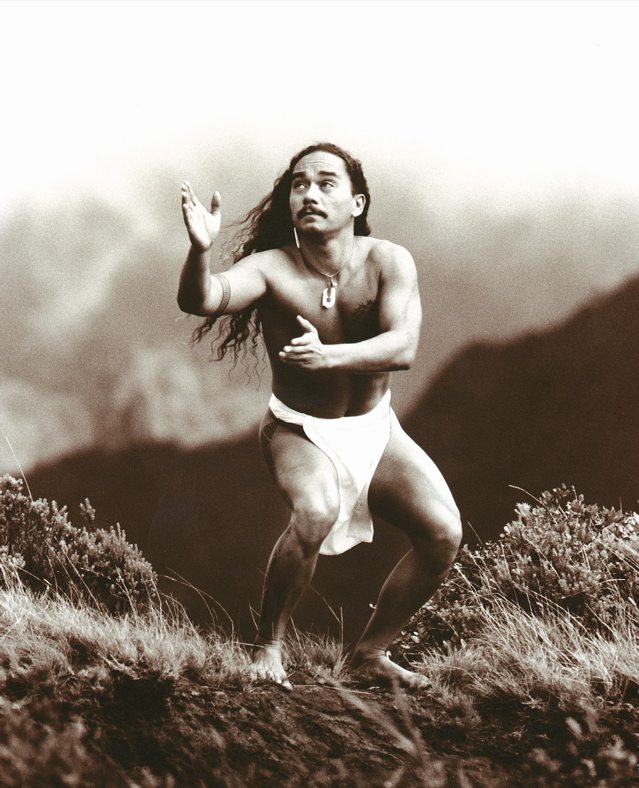 HAWAII: I see a dilemma for Hawaiian artists. Every Hawaiian artist has to walk the path walked on by his ancestors, as King Liholiho said—and yet at the same time, express themselves as modern individuals.

REICHEL: It’s a fine line between taking a look at a tradition and building upon it and—I don’t want to say improve, because we can’t improve on the work of our ancestors—but we can enhance it and make it fit better for us today. Finding a good blend can be difficult for some people. Sometimes there is this constant clash between tradition and what it is right now. I’ve been lucky to have been able to blend the two for myself.

REICHEL: There are certain things that I won’t do because it just doesn’t feel right. I can speak Hawaiian, I am a trained chanter, a trained kumu hula (hula teacher). There are certain parameters that we all have to follow. But you can still do lots of wonderful, creative things within the cultural parameters. If nothing else, I’ve learned from one of my mentors that a kumu hula takes all the dances they learned from their kumu, from all these generations. They pass that on, but they also have to create a layer of work on top of that, based on what they know, based on their training.

HAWAII: You’ve written that part of your responsibility is to dispel long-held stereotypes of Hawaii’s living culture and her indigenous people.

REICHEL: Fifteen years ago, our music had moved beyond these shores, and we came into contact with Mainland producers and record labels and publicists. Their idea of Hawaiian music was the stereotypical coconut bra, steel guitar, Don Ho—nothing against Don Ho, he did a great job during that particular era, but there’s more to it.

Hawaiians have been around for 2,000 years plus, we have a voice on the world stage now, but over many years the view of what Hawaiian music is to the world population is very myopic. We had to educate everybody we came into contact with.

One national television show asked us to come on. At the time, they were the top-rated daytime television talk show. We were going to sing, promote ourselves and be on national TV, but they wanted to dress up the audience in hula skirts and coconut bras. They wanted me to teach them a hula. I turned them down, because after all is said and done, I gotta come home and I no like get lickins.

It’s so culturally different outside of Hawaii. We tried our darnedest to dispel that kind of viewpoint. It’s tough. It’s one step forward, two steps back. I’ve realized the world out there is really not so important. What’s important is that we take care of our own first, make sure that we’re all educated. Maybe like ripples in a pond that will slowly, but surely, move outward.