Reduce ulu stock and cream by half and season. Add fried ulu and cook until slightly mushy, fold in all but ½ ounce of cheese and finish with crème fraiche, lemon juice and zest to taste.  Plate and garnish with leftover cheese and chopped chives.

Reduce for 2 hours to make 1 cup of stock

Ulu, as it is called in Hawaiian, was one of the staple food crops the Polynesians brought with them on canoes as they sailed to the Hawaiian islands. A member of the fig family, Artocarpis Altilis (breadfruit) is believed to have originated in Java. Although named breadfruit, it is a highly starched vegetable high in calcium, potassium and vitamins A and B. To Hawaiians past and present, ulu is an iconic, cultural symbol of abundance. Some consider ulu the next super food that can save the world from hunger. Hawaiian legend tells of the deity Ku who saved his family from starvation by burying himself in the ground and emerging as a healthy breadfruit tree. 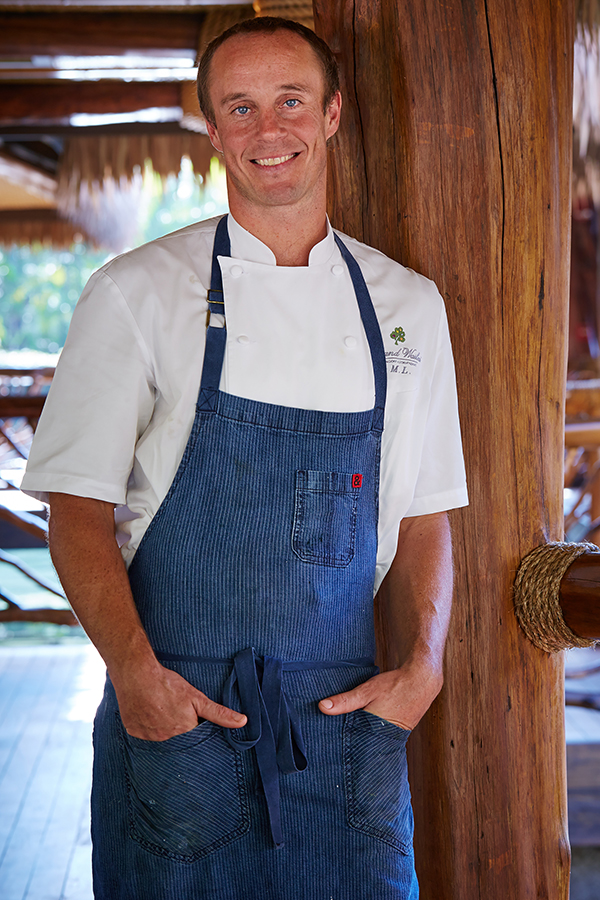