Scenes from a beachside premiere: Hawaii Five-0 debuts in Waikiki

The final count in Waikiki last night went something like this …

And all of the above, and more, gathered for the grand beachside premiere of one much-anticipated, much-ballyhooed redux of a classic Hawaii-filmed CBS TV crime drama. That would be Hawaii Five-0, by the way.

CBS hosted the free advance screening of the new Five-0’s pilot episode at a special Sunset on the Beach event as a “mahalo” to the people of Hawaii for welcoming the production with open arms (and tax credits). The rest of the U.S. will get to see the debut of the new Five-0 in six days—Sept. 20 at 9 p.m. (Hawaii time), 10 p.m. (East coast/West coast time).

HAWAII Magazine was on the beach from sunset till screening—watching the surf and picture-perfect fall sky while waiting for the Five-0 cast to arrive, tossing questions at the cast once they did, jostling for the best views of the big screen and capturing the photos here and on the next few pages.

We had a great time! Hope it shows. 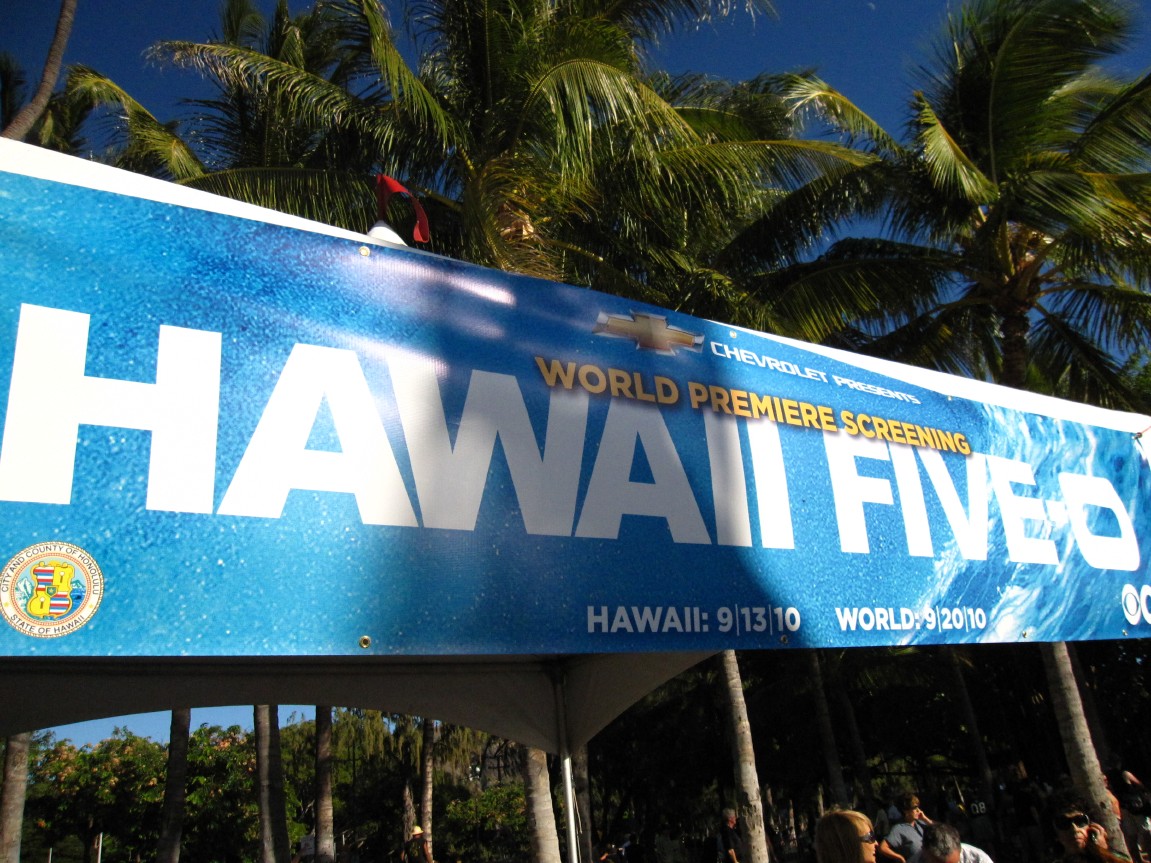 To know you were at the right spot for the premiere on Queen’s Surf Beach in Waikiki, all you had to do was look for these banners … 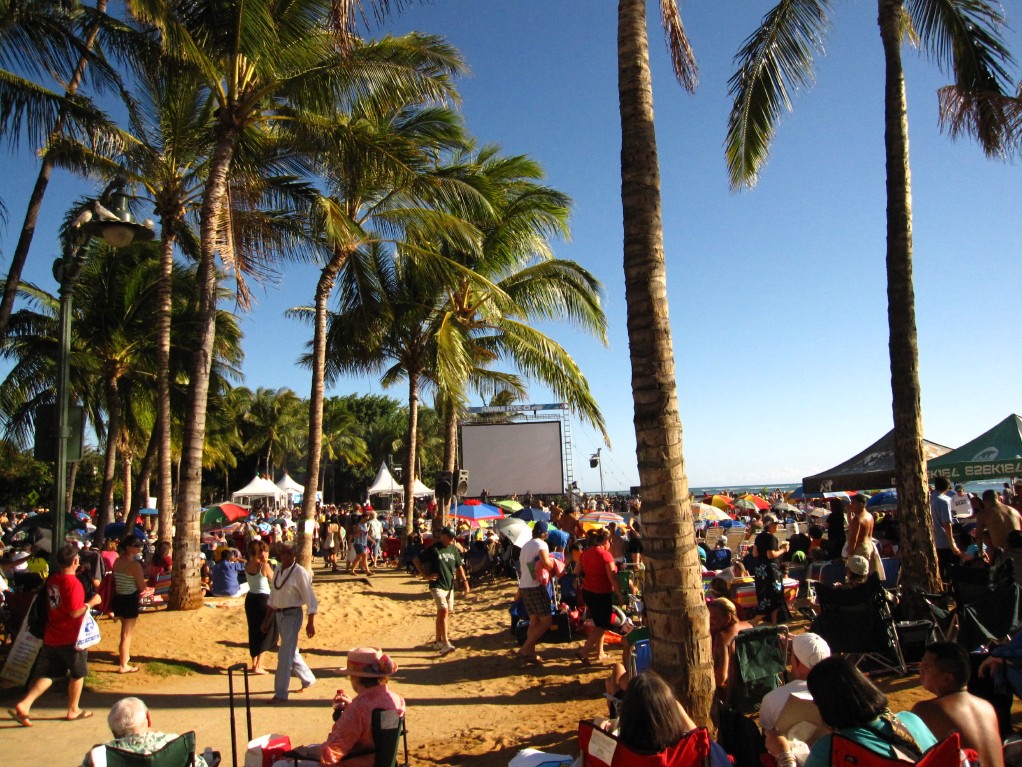 … Or the hundreds of Hawaii Five-0 fans already gathered at the Sunset on the Beach big screen three hours before showtime. 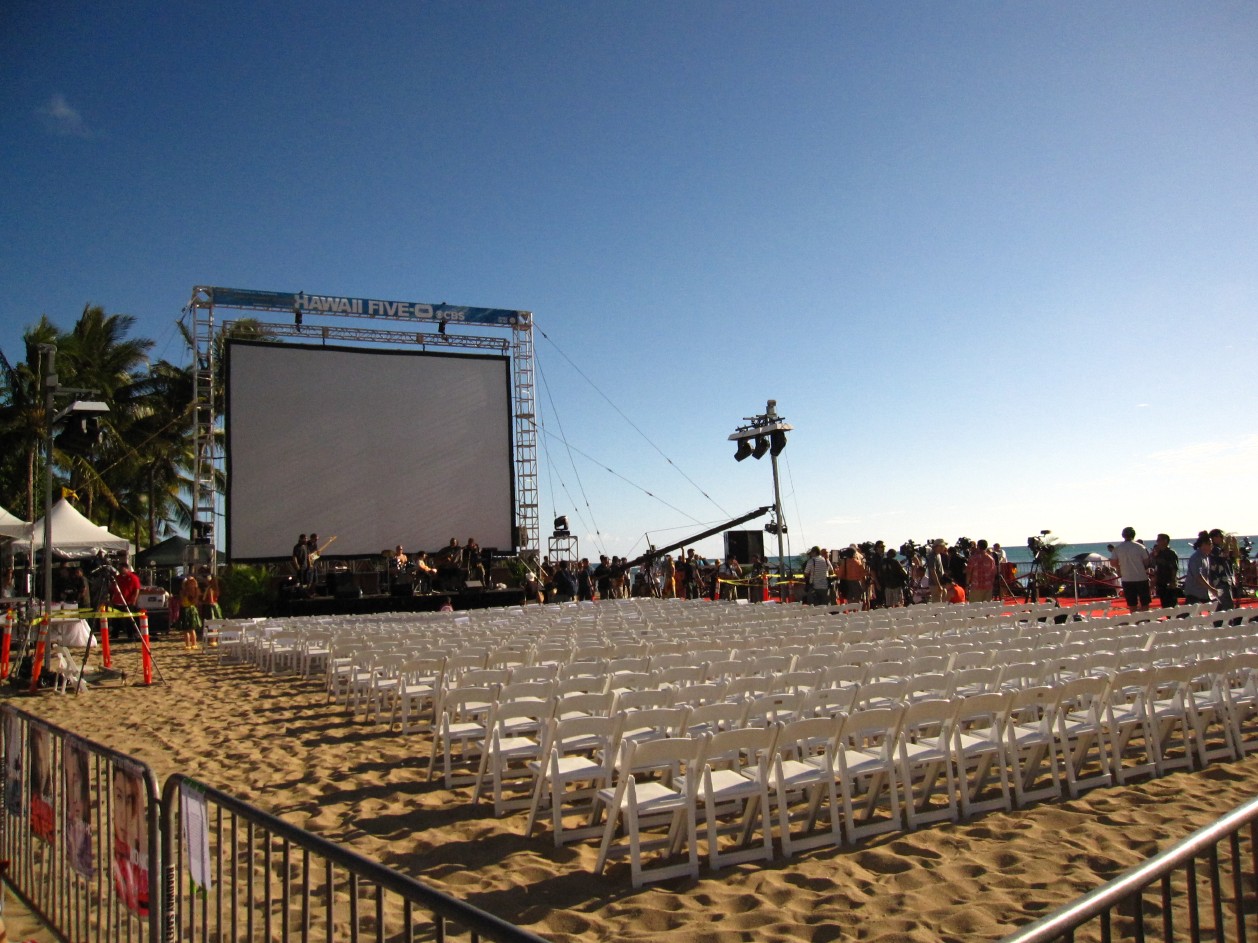 Seating for the cast, crew, media and V.I.P.s. 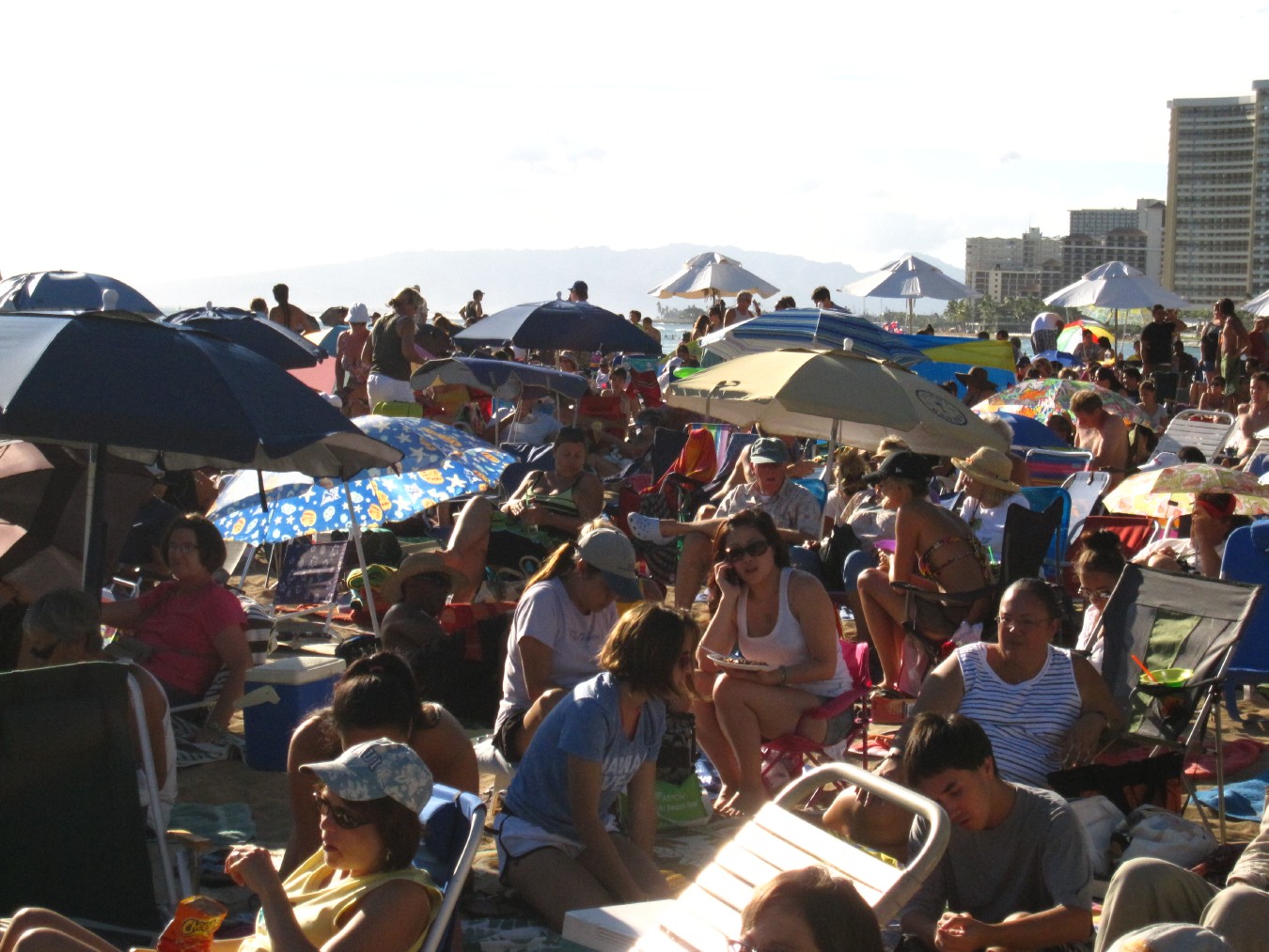 Seating for everyone else. 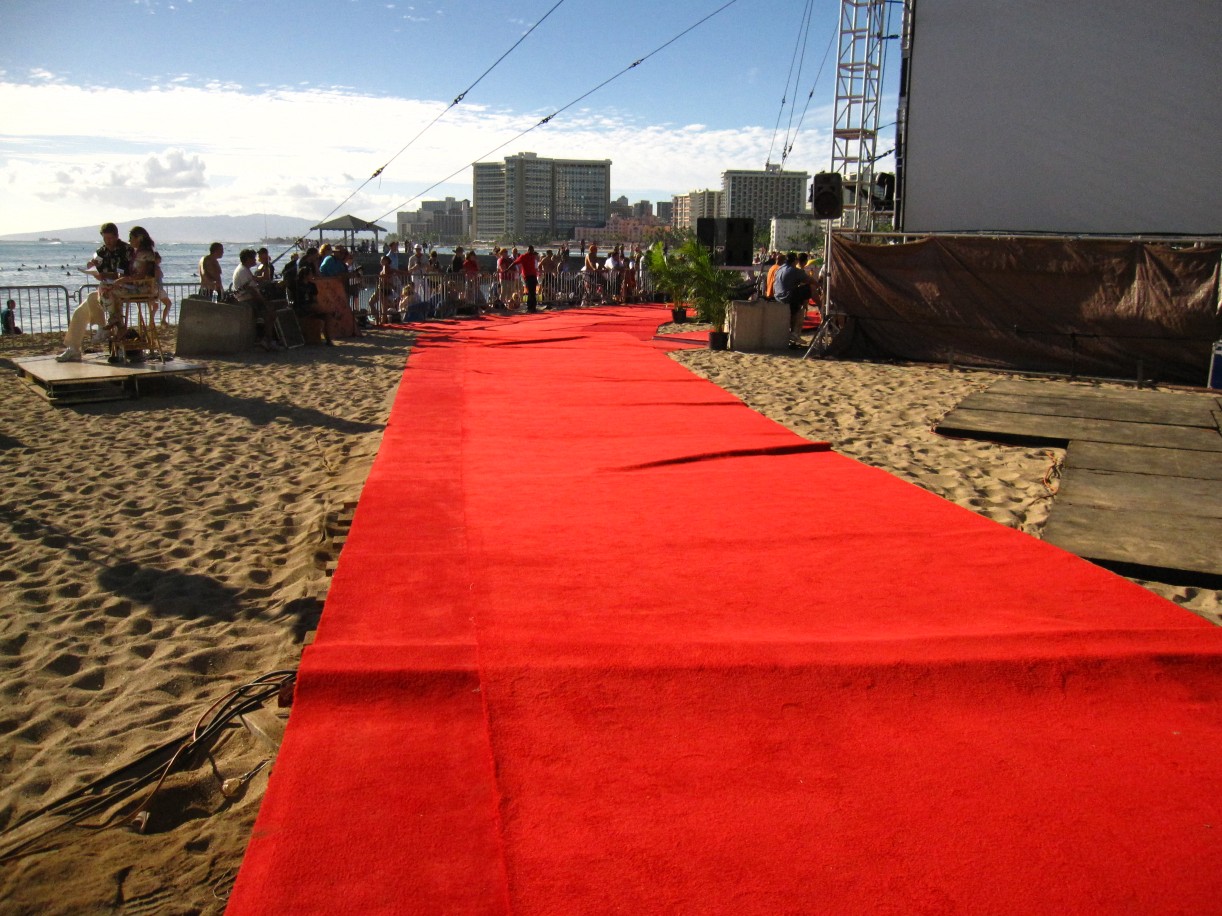 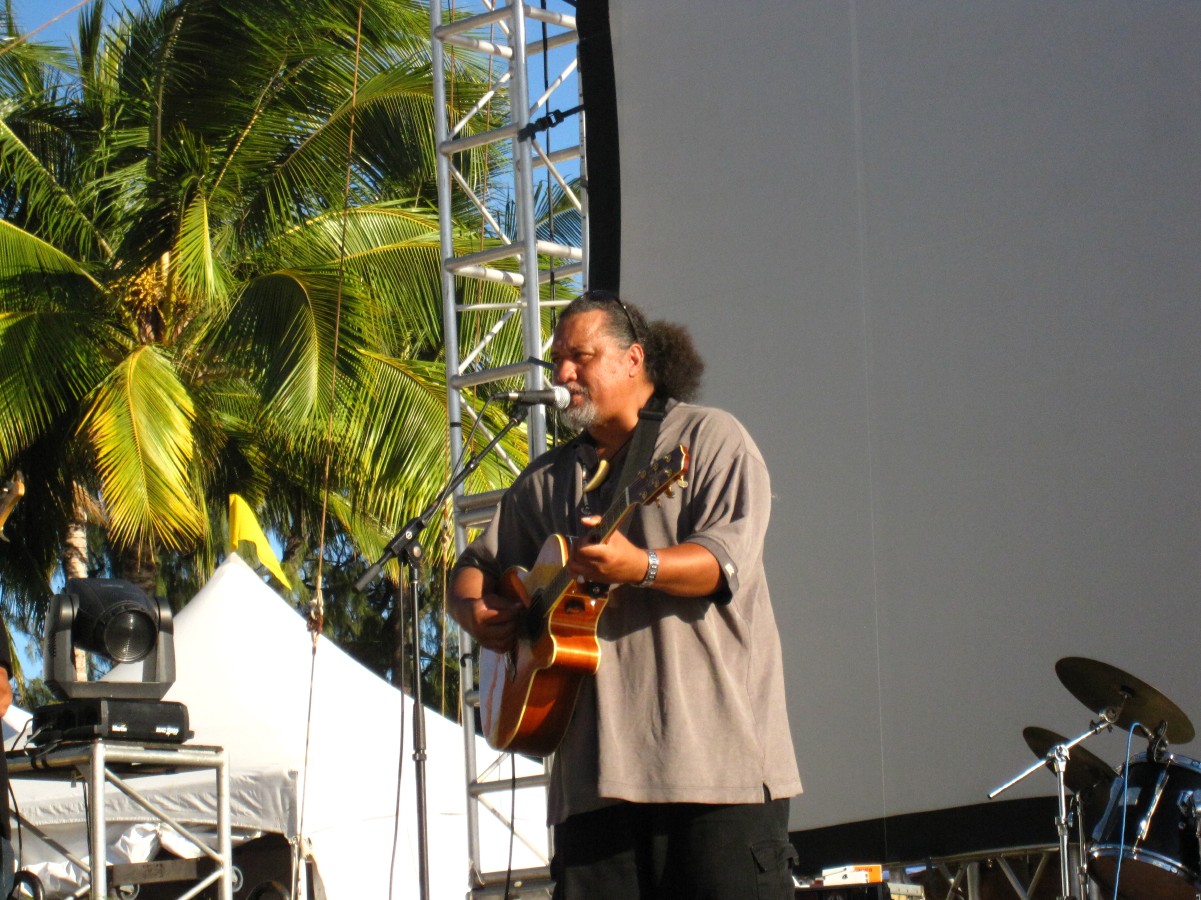 Maui’s Willie K got the crowd warmed up before sunset and the cast’s arrival. 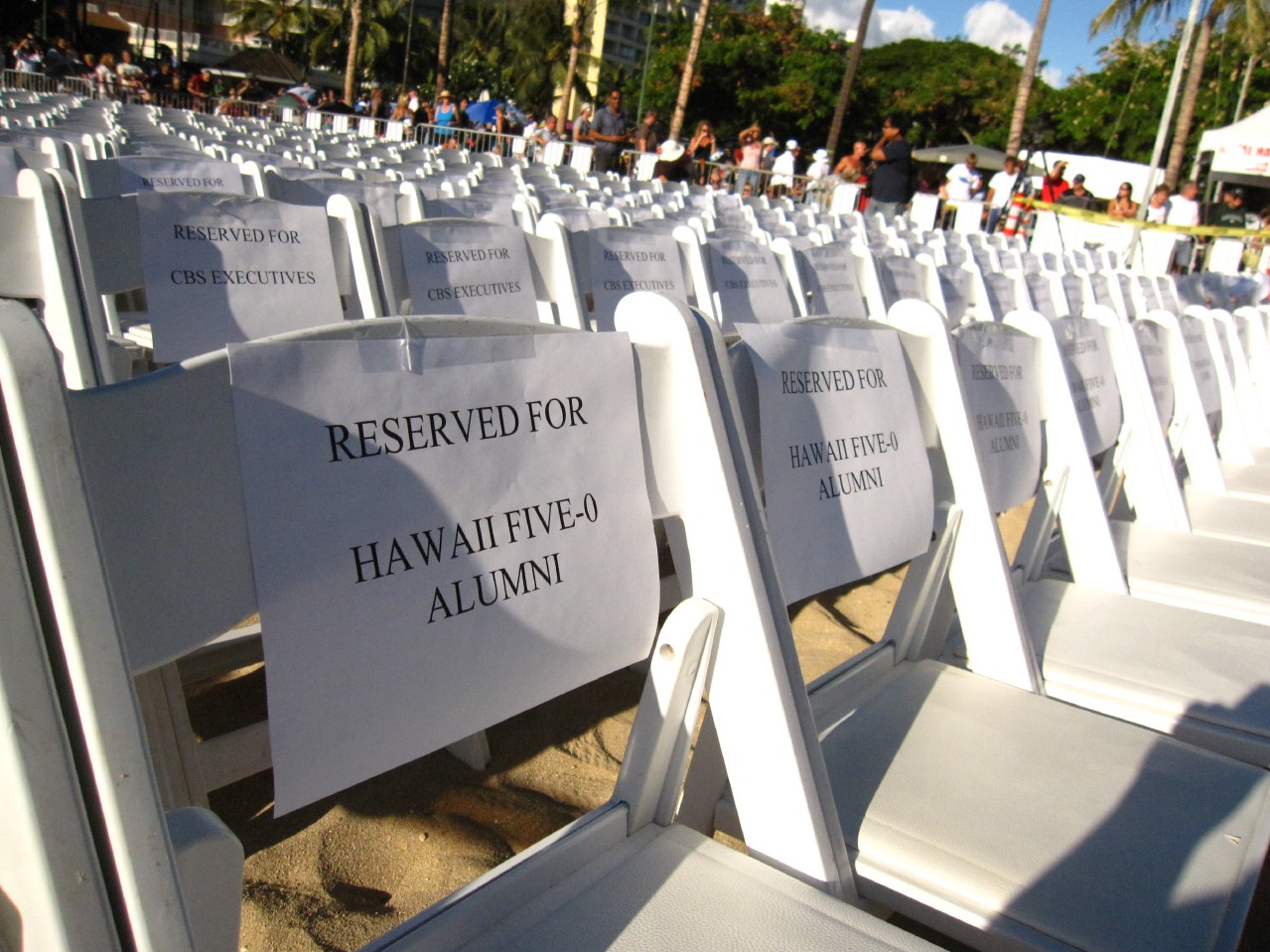 Second-row seating for actor alumni of the classic Five-0. 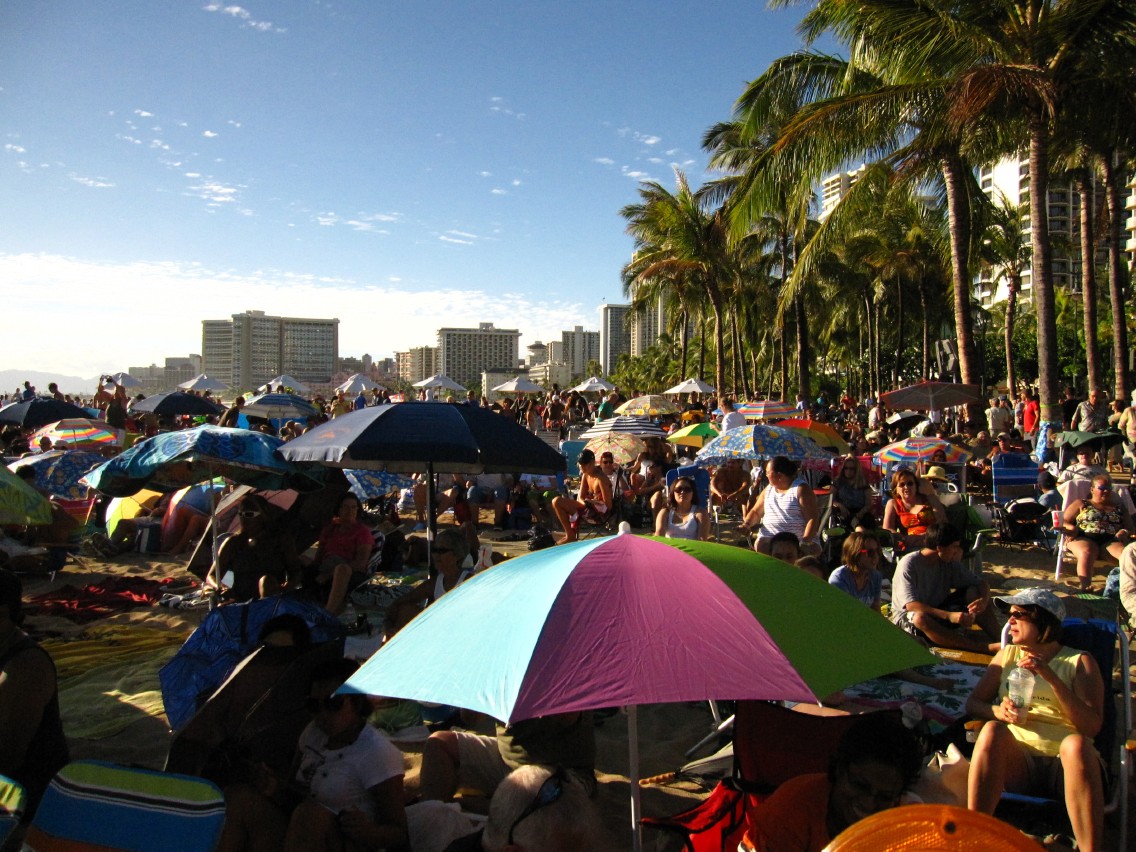 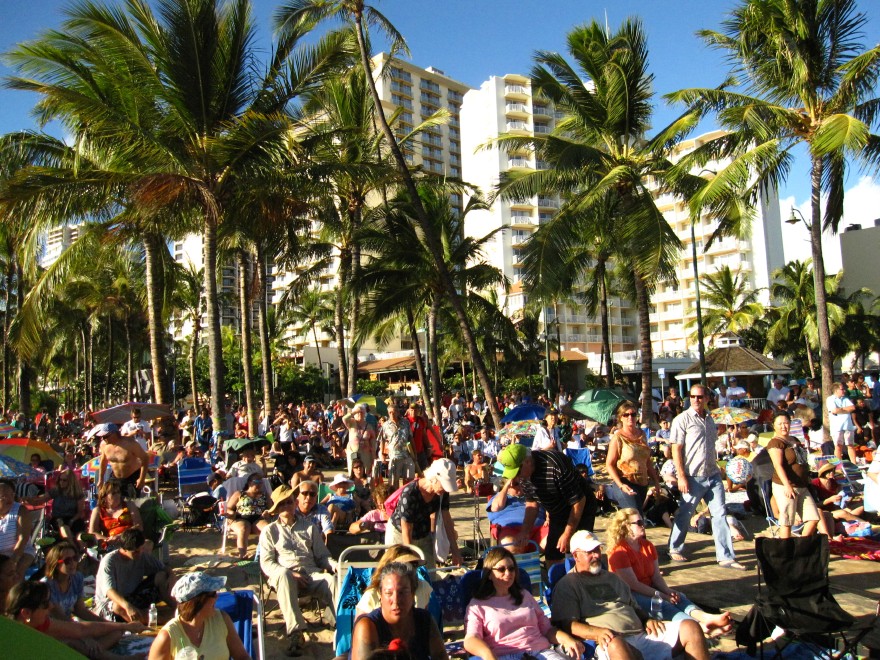 An hour away from sunset, the crowd was estimated at about 3,000-plus. 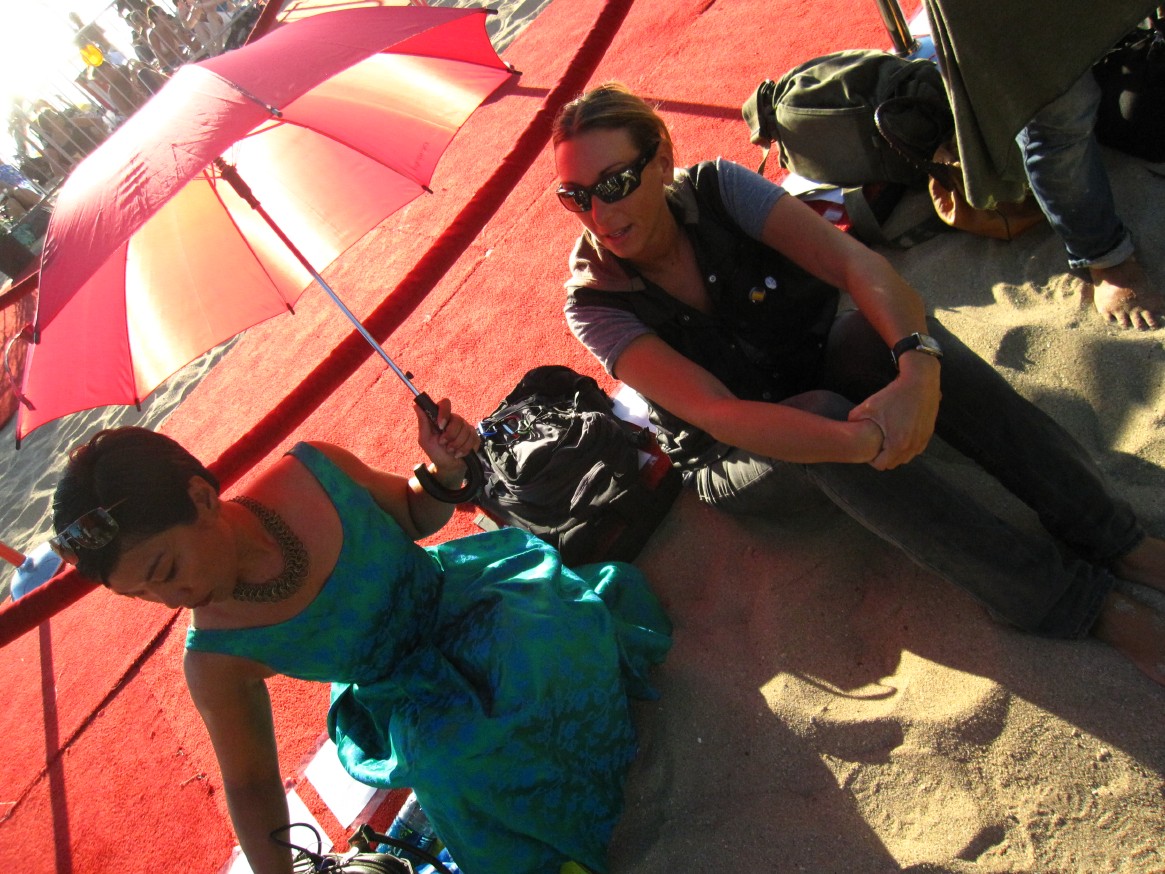 The advantage for media covering a premiere in Hawaii? A red carpet in the sand. 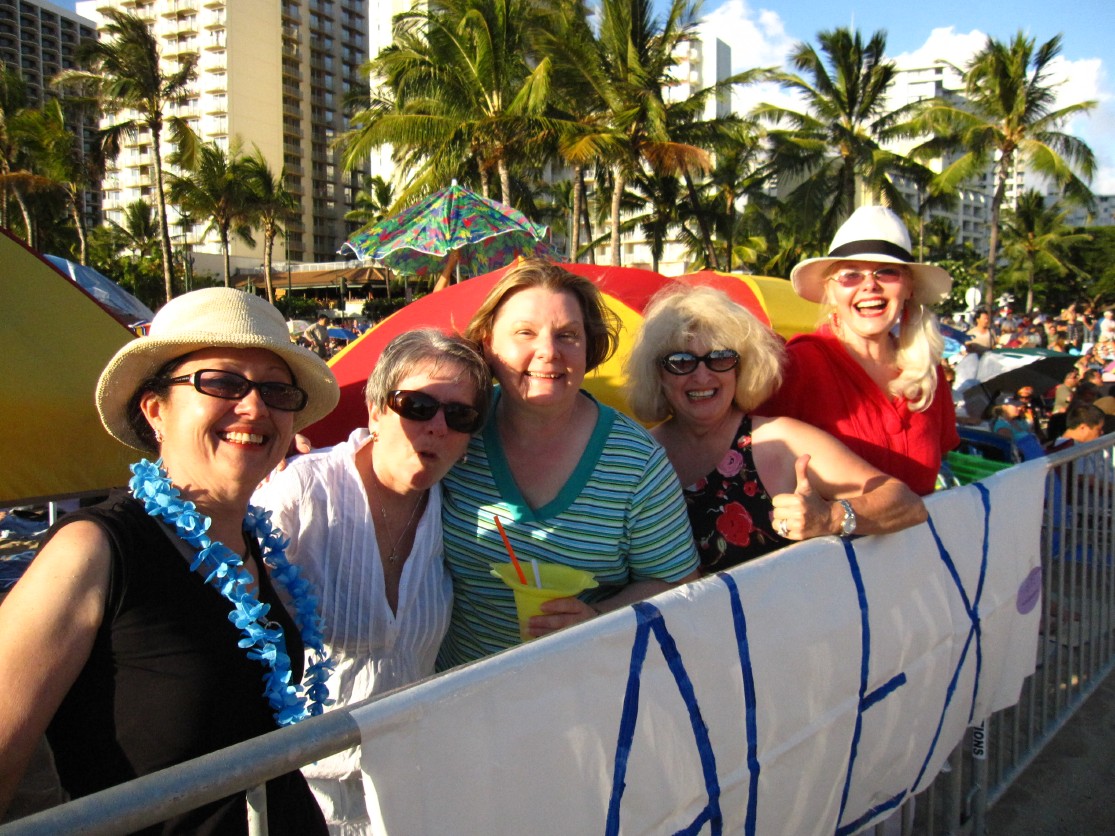 Cast member Alex O’ Loughlin’s biggest admirers: The “Long Legs O’Loughlin” online fan club. Members flew in from the mainland U.S., Canada and as far away as England, Brazil and Germany to meet up at the premiere and meet the object of their affection. O’Loughlin wound up bolting from the red carpet just to meet them. 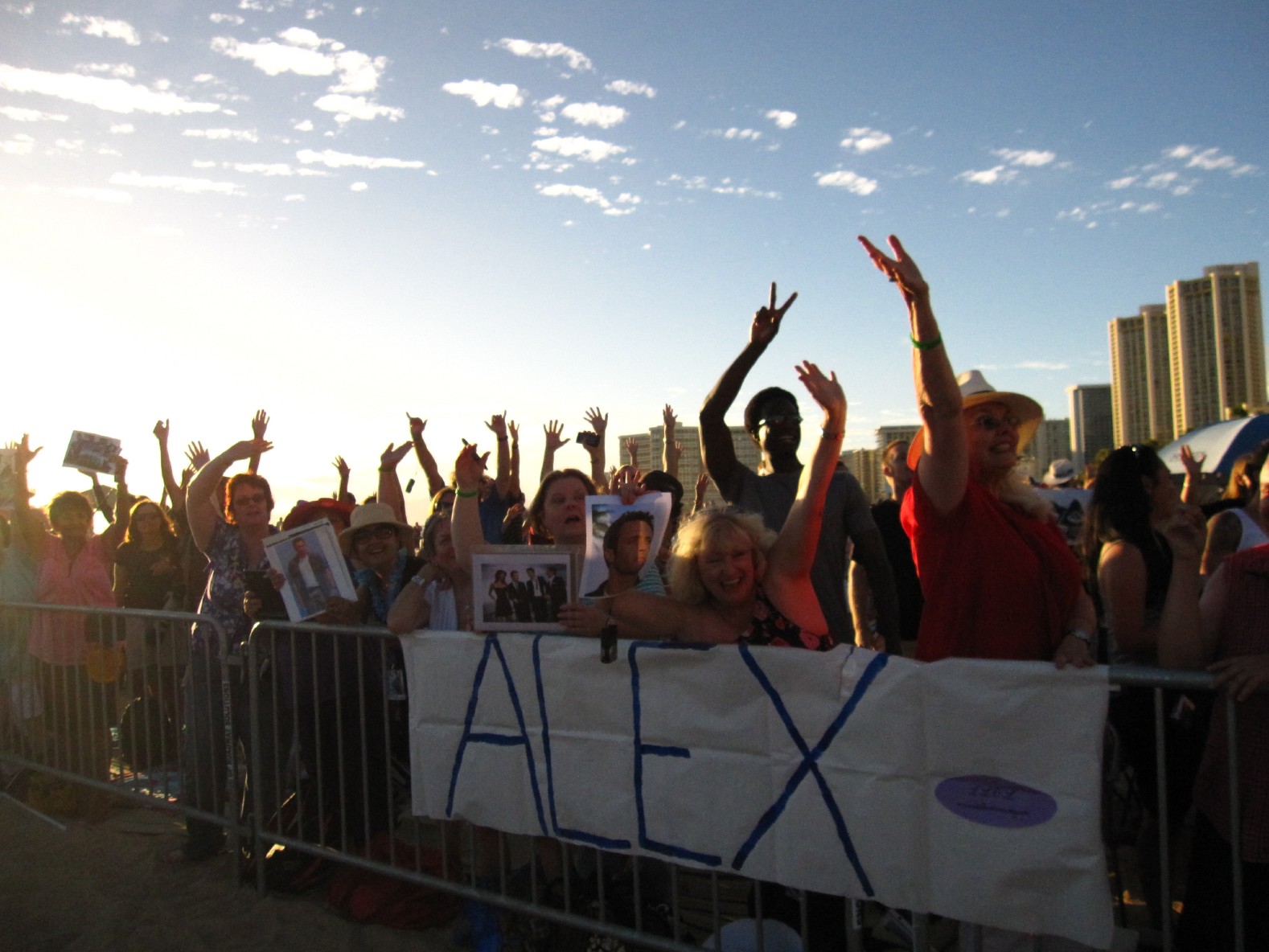 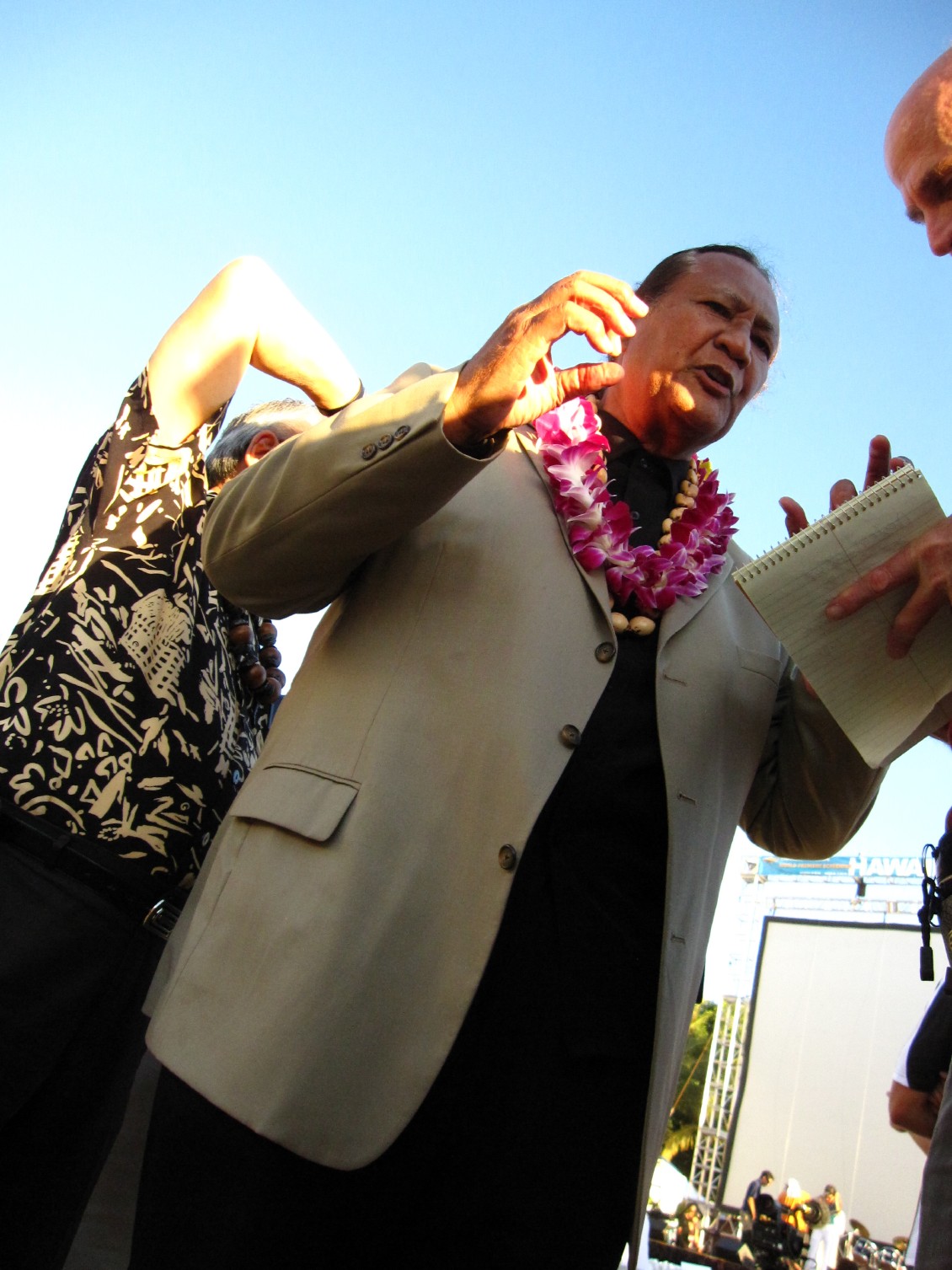 Al Harrington, who played Ben Kokua in the classic Five-0, works the press line. On stage just before the screening, Harrington read a letter James MacArthur (the original Det. Danny “Danno” Williams) had written to the new cast and crew: “May you all enjoy Hawaii and its fabulous people as much as I continue to do to this day. And may your association with Hawaii Five-O be as successful and fulfilling for you as mine has been for me.” 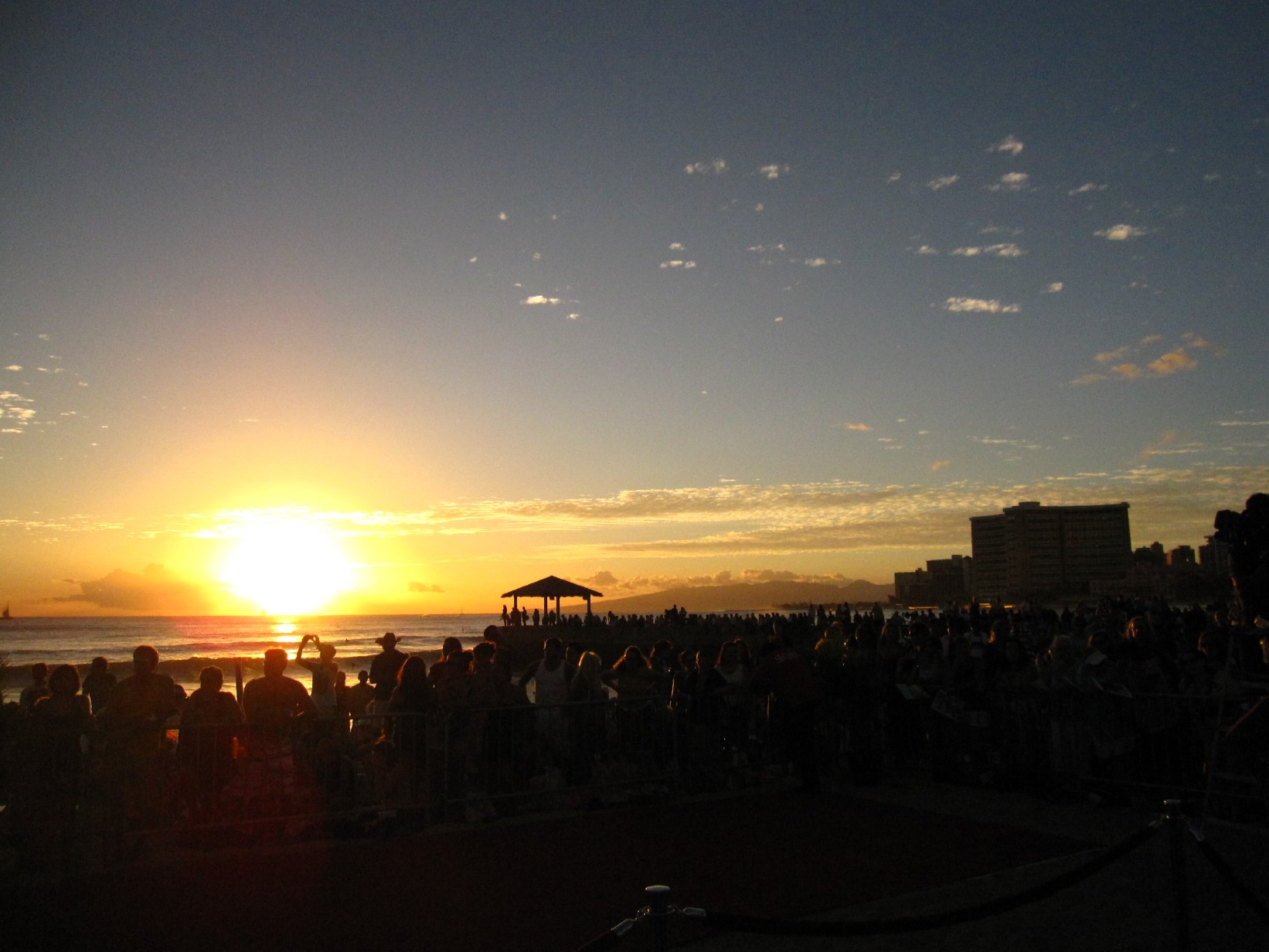 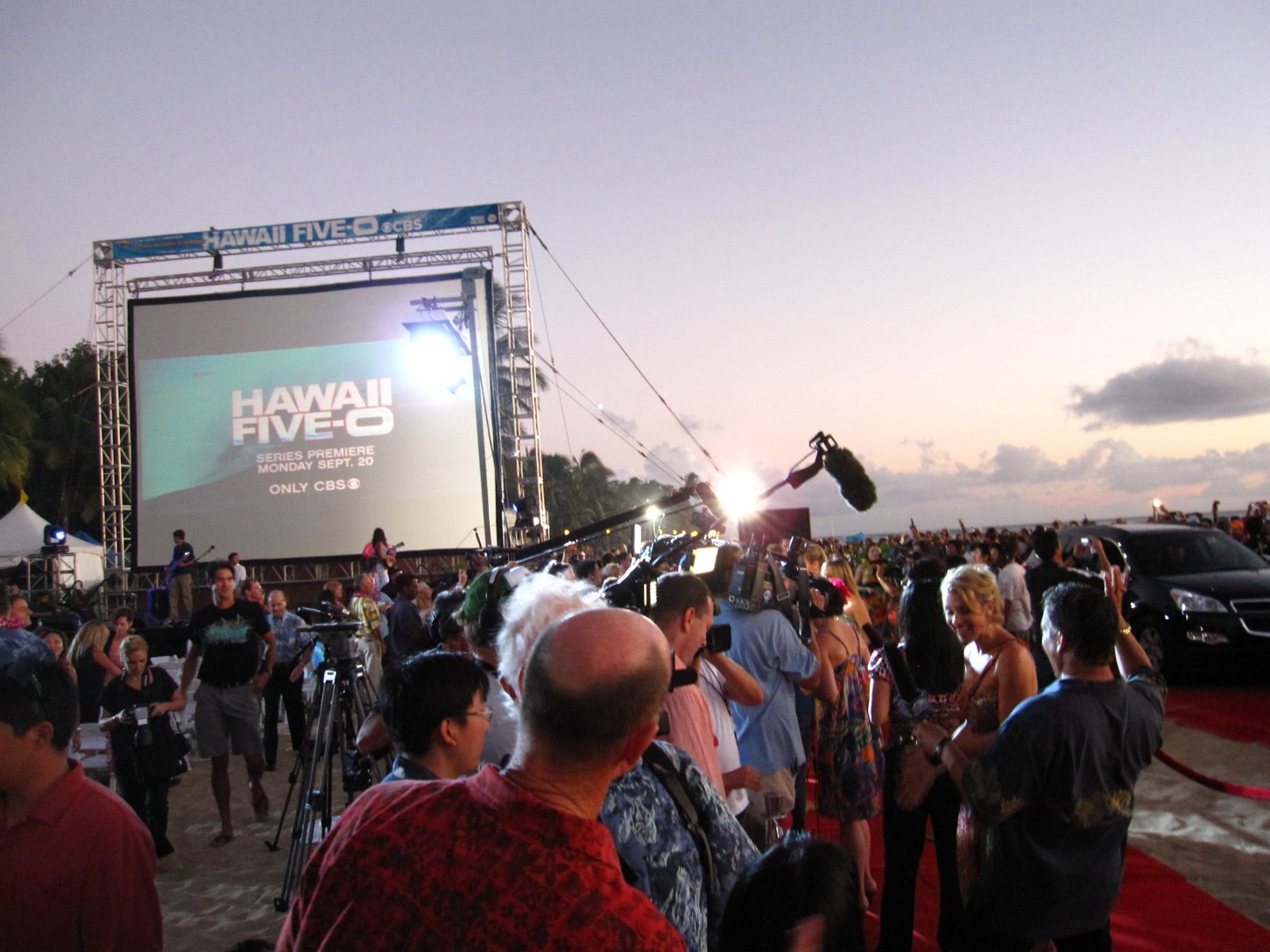 The cast arrives and begins working the media line on their way down the red carpet. 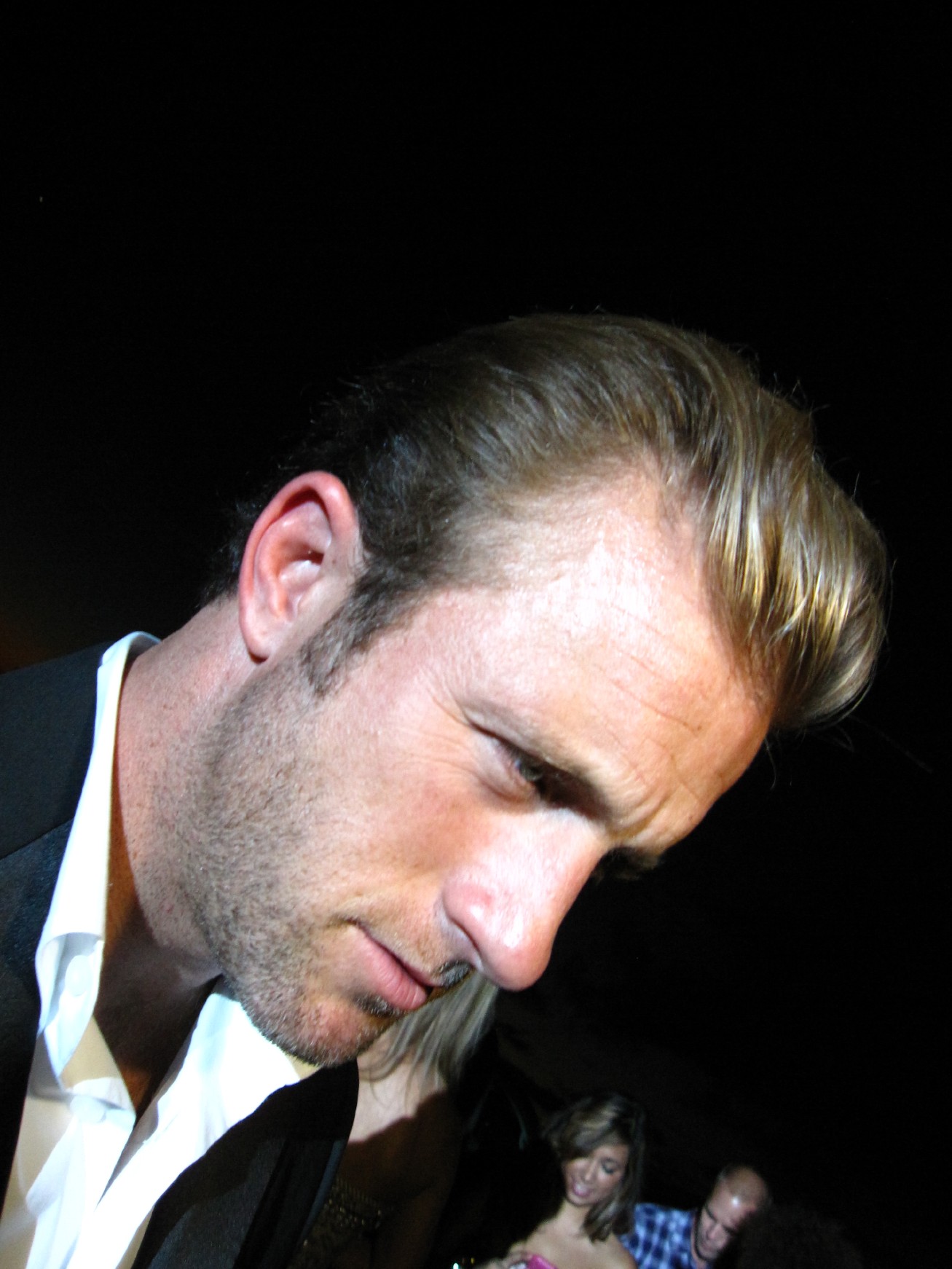 Asked if his buddies back in California were jealous of his typical Hawaii workday on the Five-O set, Scott Caan (Det. Danny “Danno” Williams) quipped, “They’re not jealous because they’re all in my living room right now.” 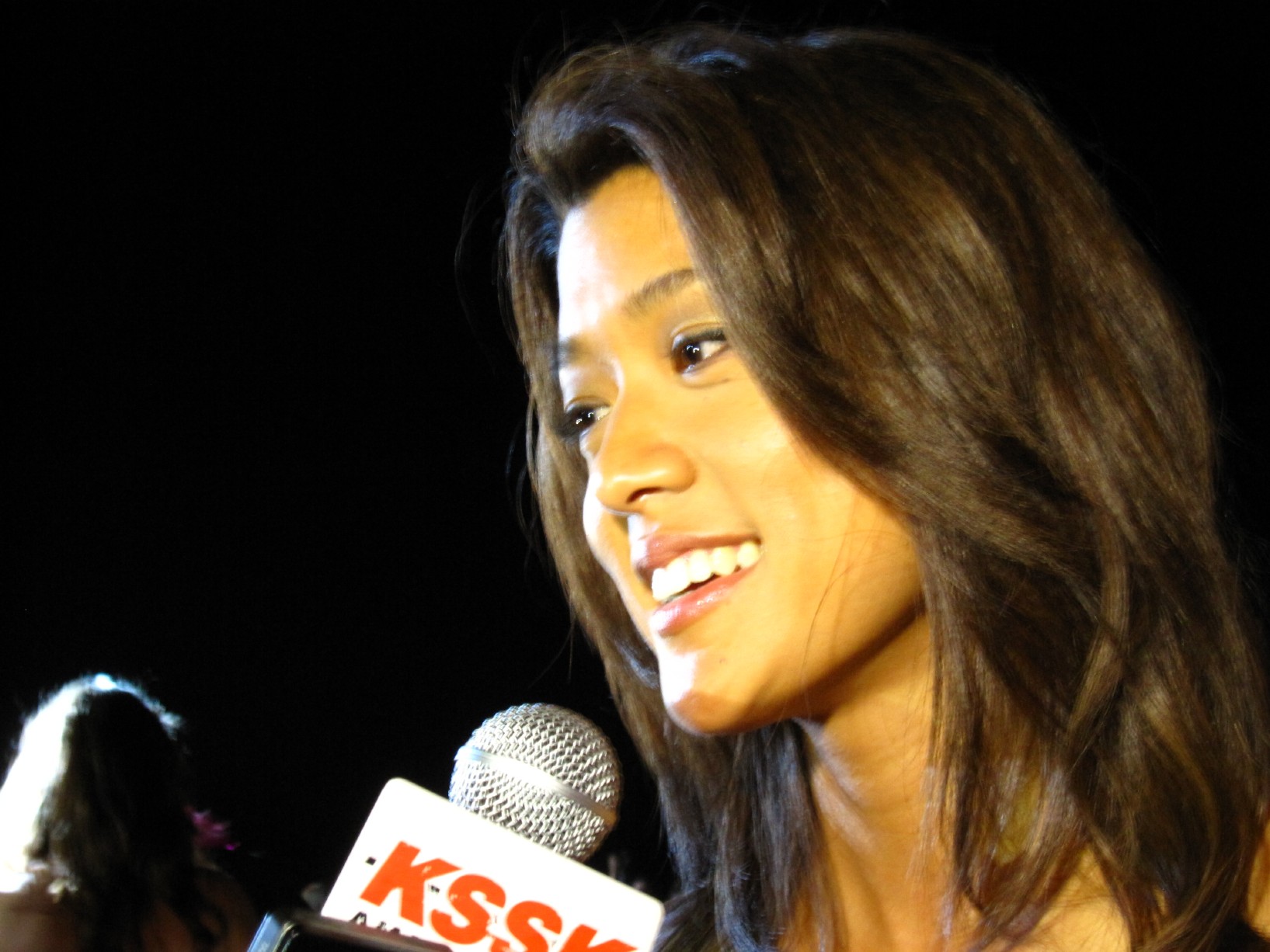 Asked the same question we posed to Caan, an ebullient Grace Park (Det. Kono Kalakaua) said, “I don’t tell my friends about my typical workday, because I get so much flak. And I had a pretty rough first month out here. No sympathy! Nobody cares! I could have been gnawed by sharks and bitten by random things in the forest. They don’t care. They’re, like, ‘You’re in Hawaii. It doesn’t matter.’ You could say, ‘I work 20 hours a day!’ They’d say, ‘Shut up! You’re in Hawaii.’ These are my friends.” 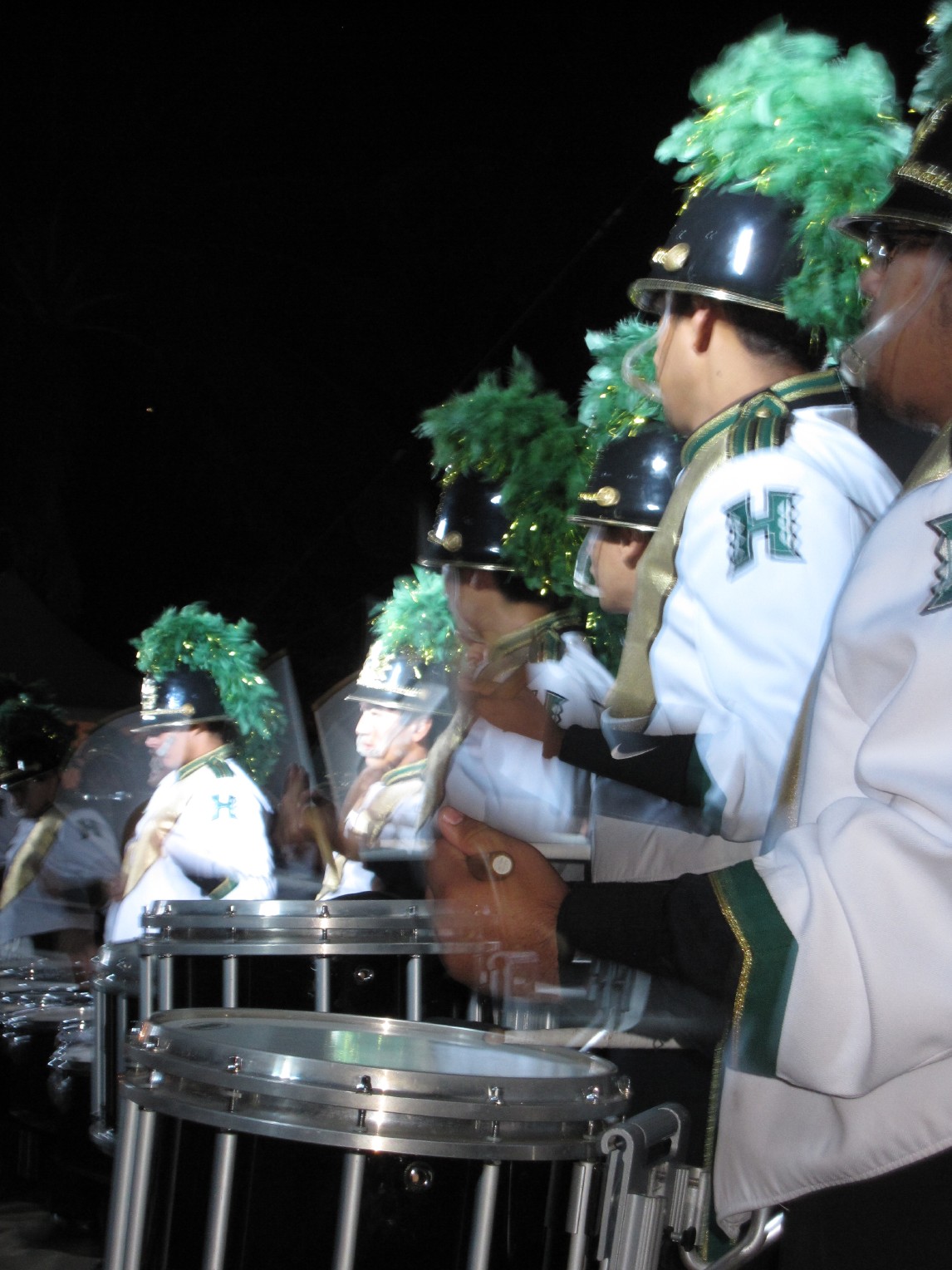 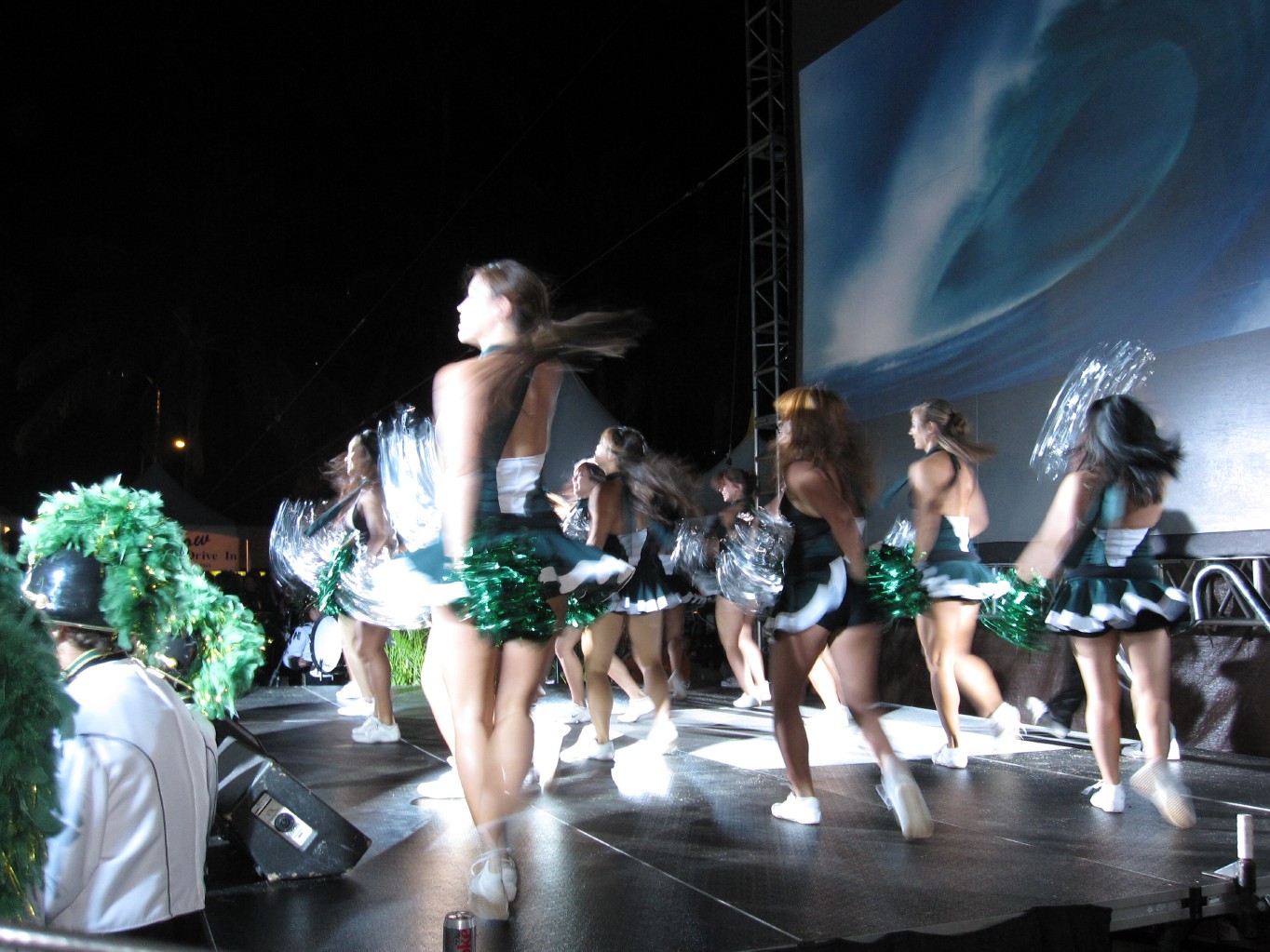 … accompanied by a dance routine by the university’s Rainbow Dancers. 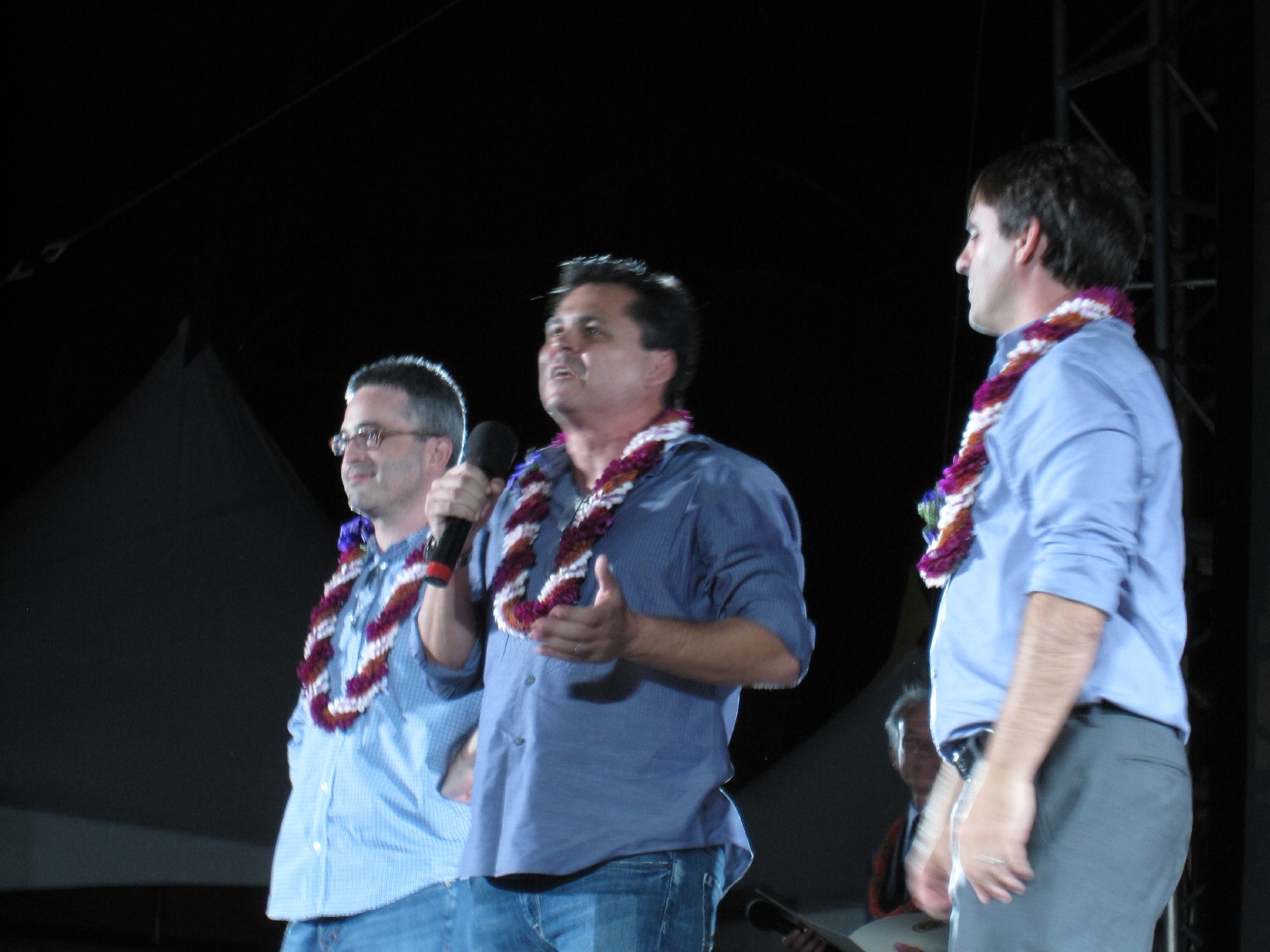 Minutes before the screening, executive producers Alex Kurtzman, Peter Lenkov and Rob Orci (from left to right) got the crowd pumped. 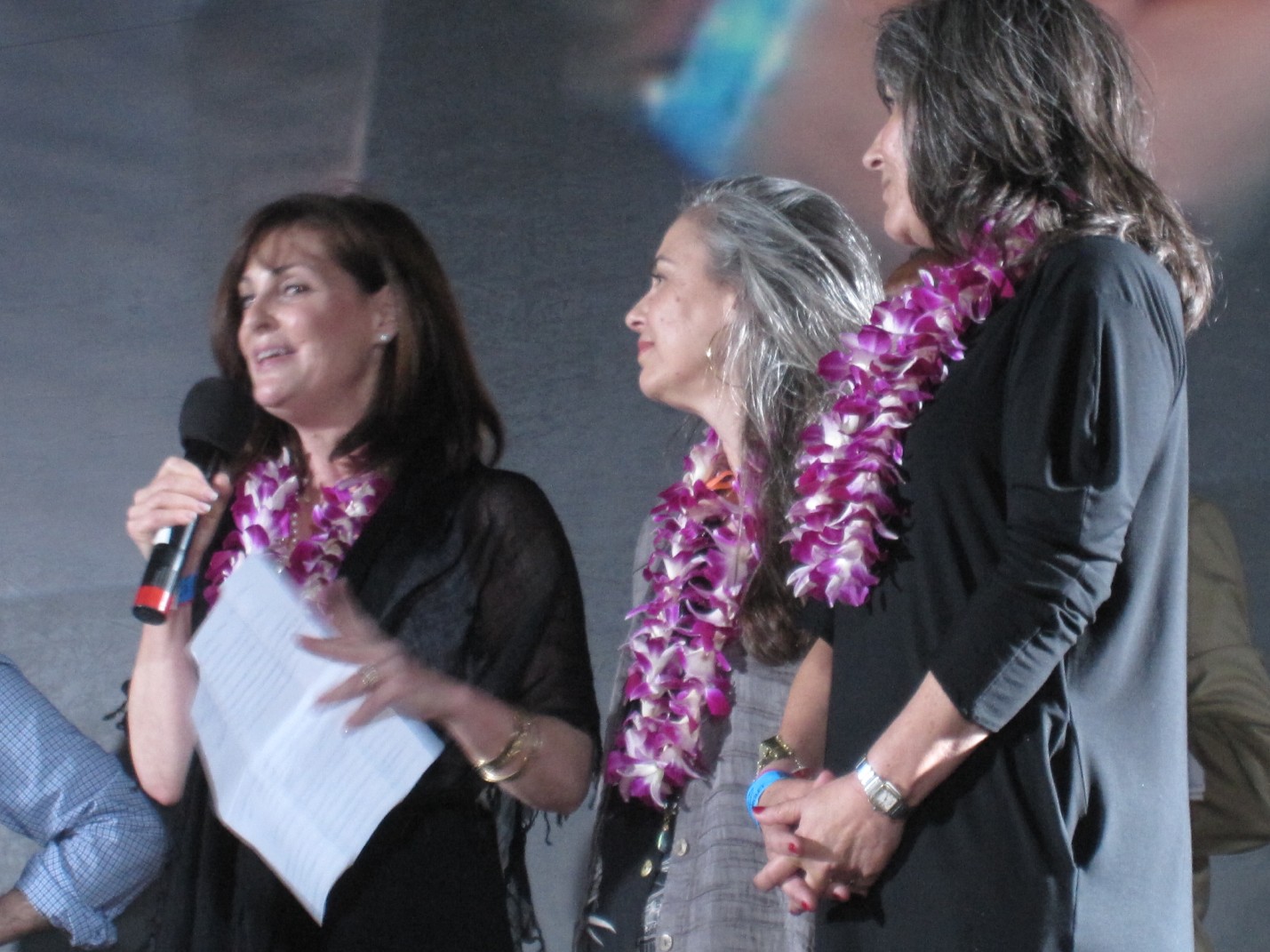 The daughters of original Hawaii Five-O creator/producer Leonard Freeman shared stories of their father’s love for the series, and a letter their mother Rose Freeman wrote to the new executive producers wishing them well. 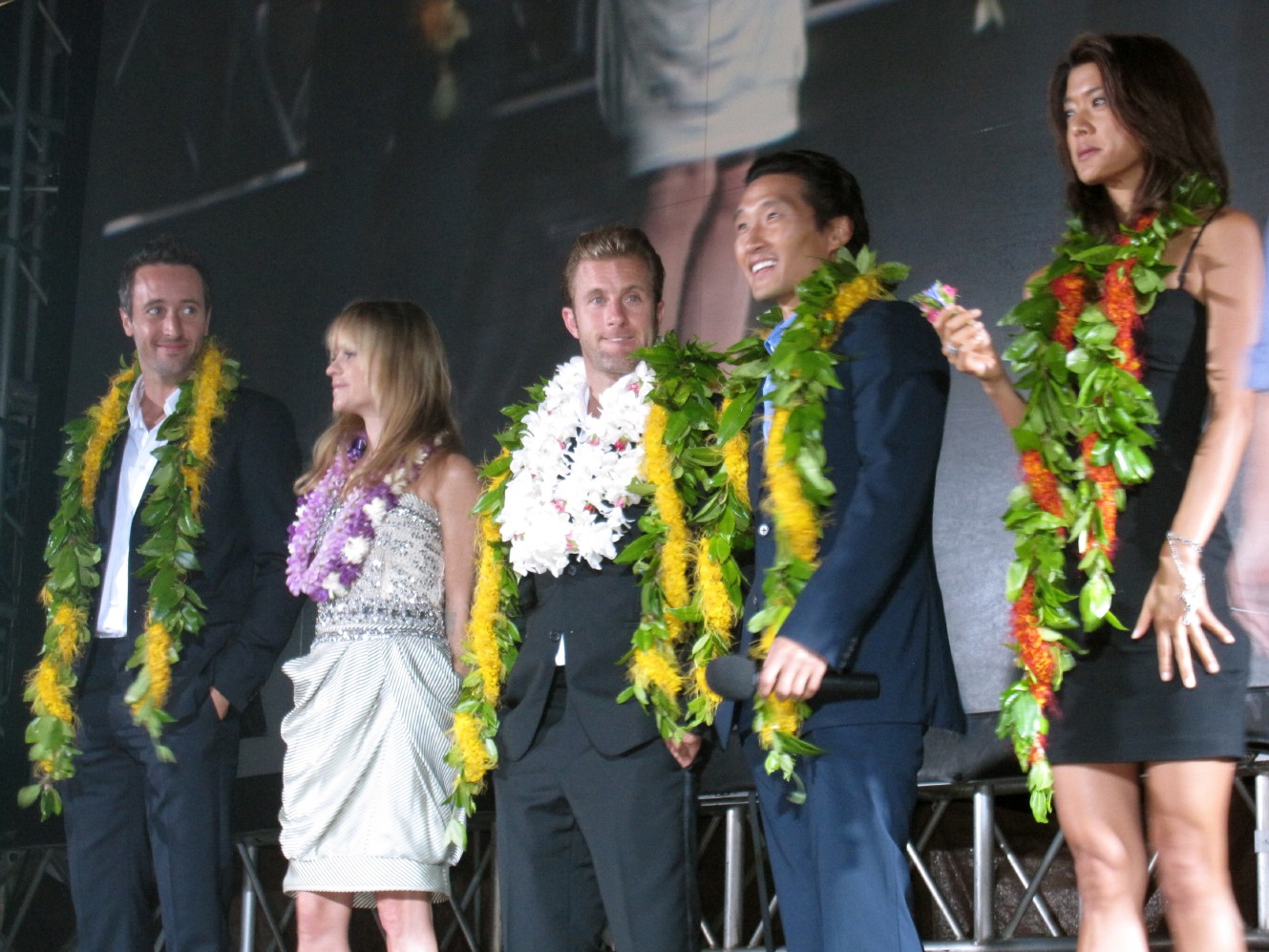 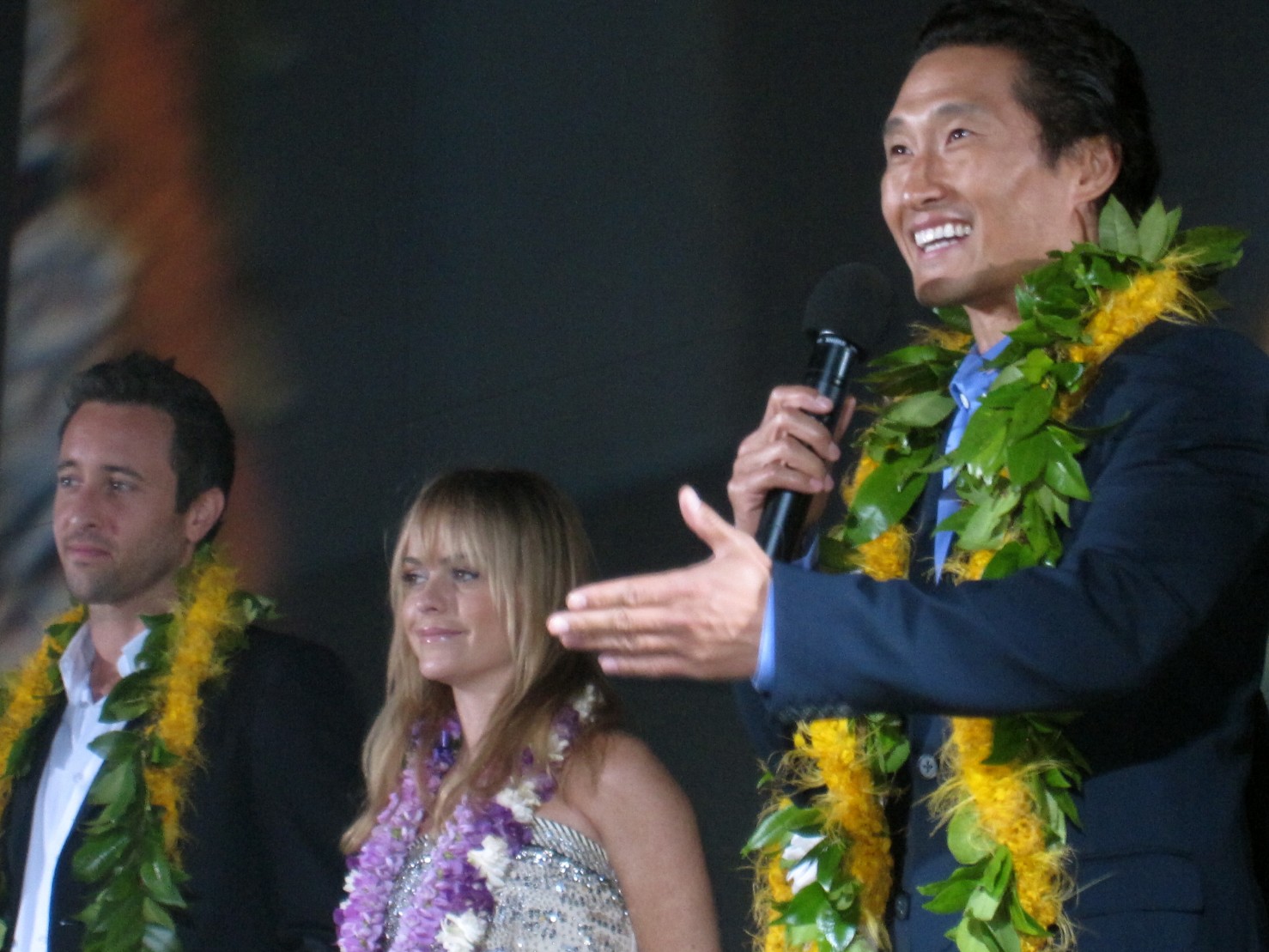 Daniel Dae Kim addressed the crowd on behalf of the cast. 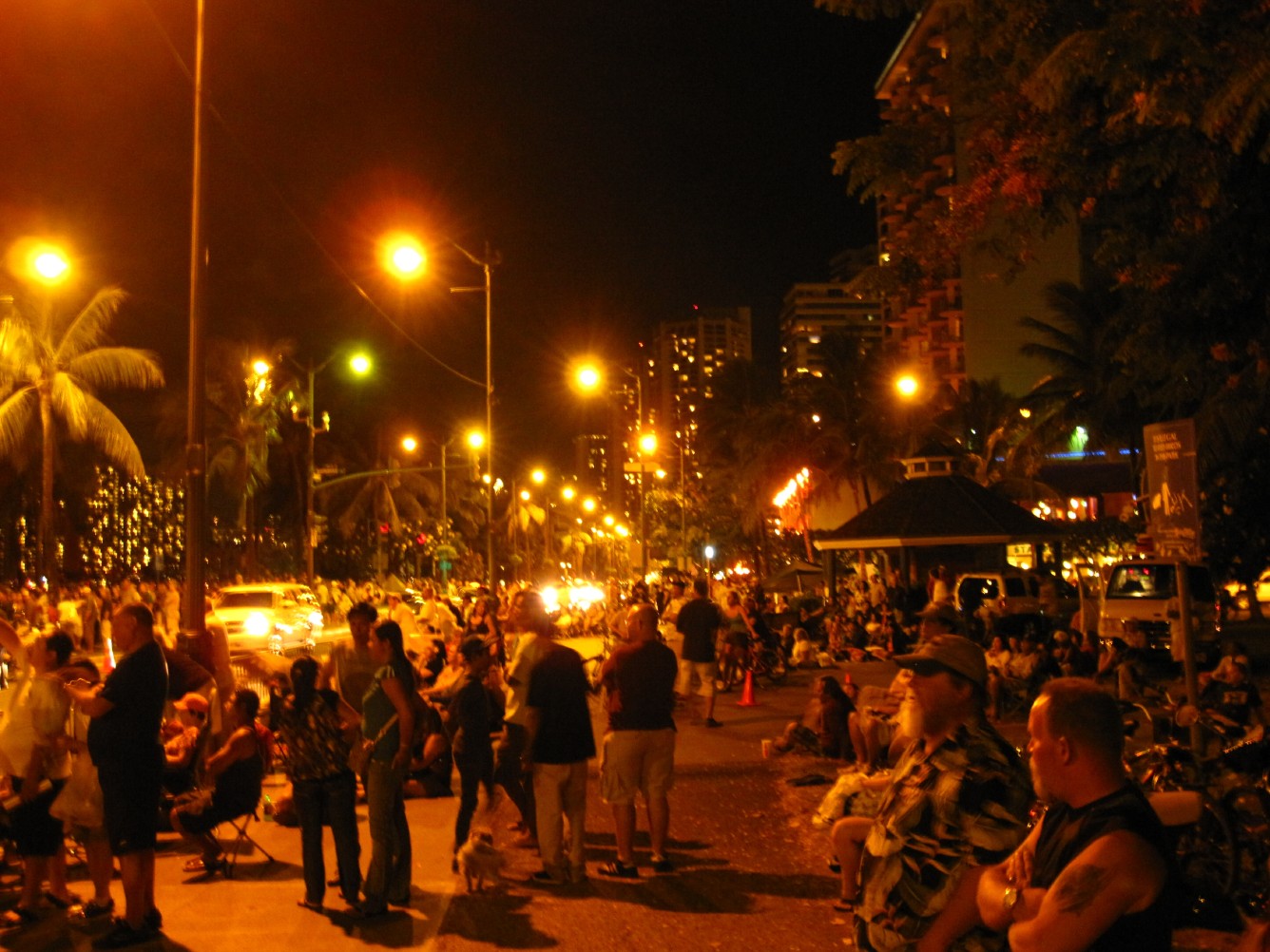 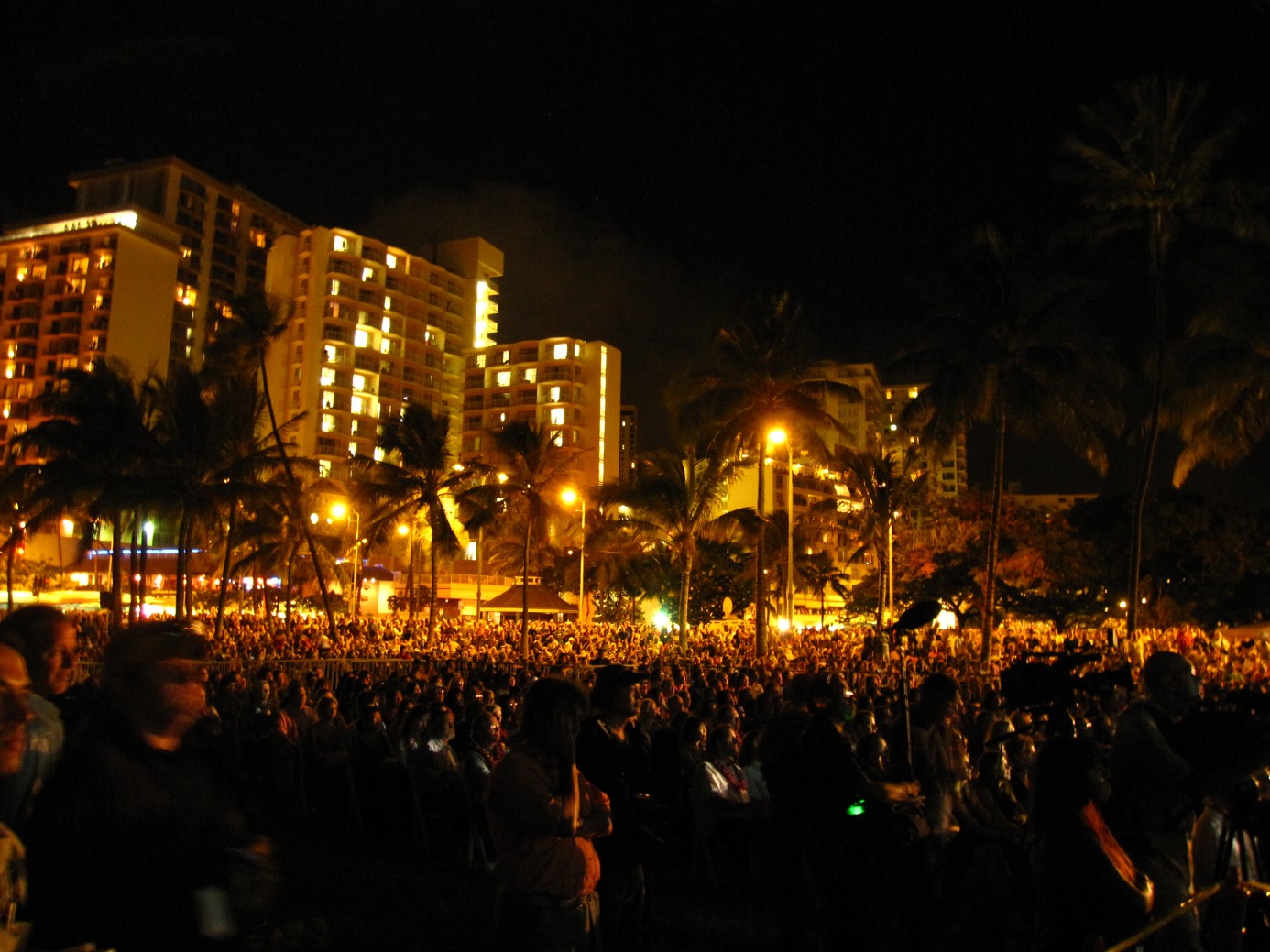 After the red carpet walk, after the speeches, after the crowd on the beach numbered more than 2,000, the lights finally dimmed for the screening. 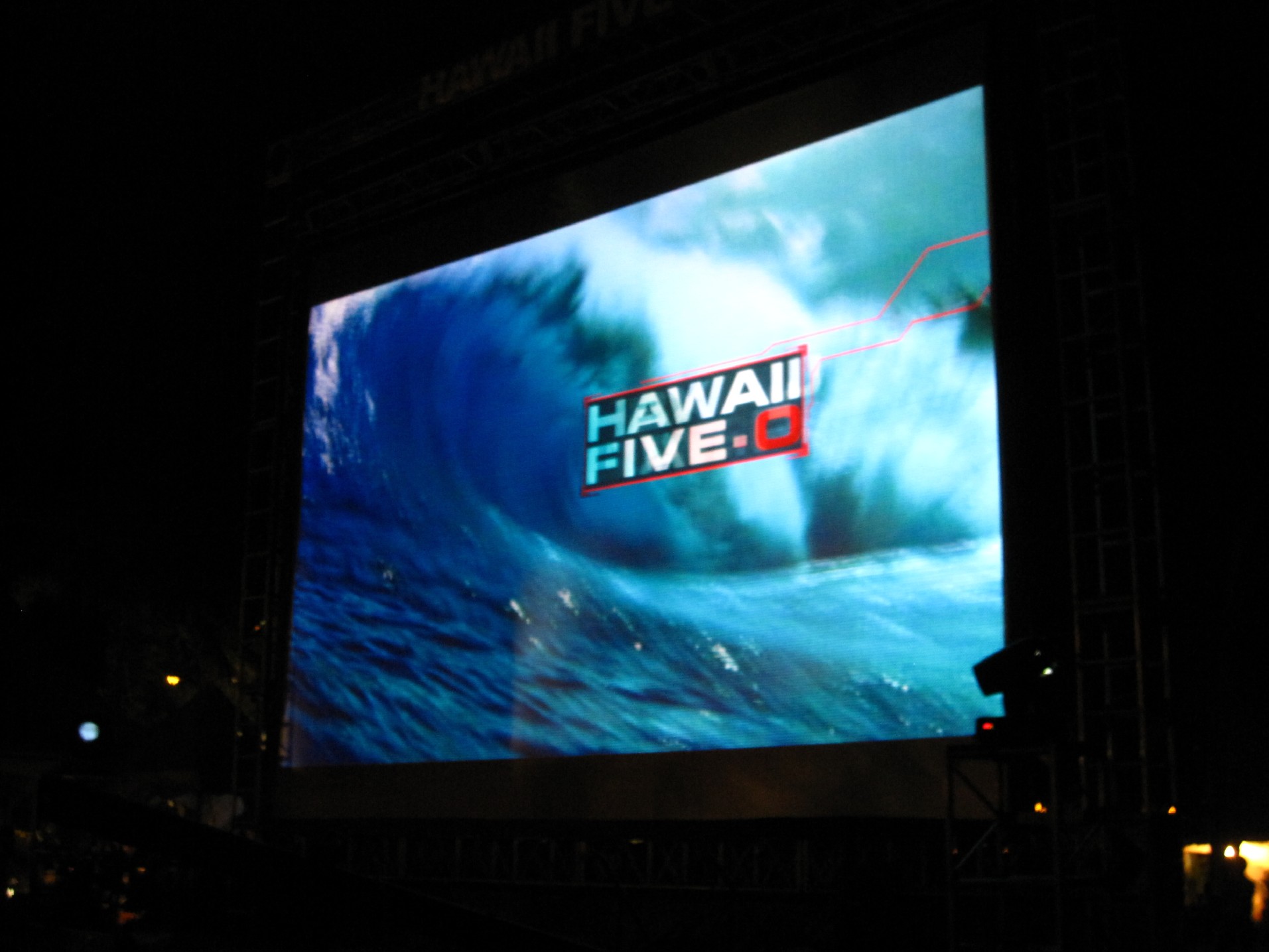