Back in February, we answered a reader query about where to find POG outside of Hawaii. POG, for folks unfamiliar, is a sweet blend of passion fruit, orange and guava juices, long a favorite of Hawaii residents.

We had no idea how beloved POG was outside of Hawaii. Here it’s ubiquitous—made on Oahu by Meadow Gold Dairies. So naively, I asked readers to e-mail me if they wanted a list of mainland POG retailers. Six months and hundreds of e-mails later, I get it, folks. You’re ravenous for the stuff.

Which brings me to HawaiiMagazine.com reader Cheryl W.—we’ll keep her surname secret—who first sampled POG on a Maui trip. Cheryl initially asked me where she could buy it in Southern California. Marukai Markets, I told her. That wasn’t enough for Cheryl.

Cheryl did some “kitchen chemistry” to come up with her own homemade POG recipe. Her goal? Providing surrogate POG for herself, and every fan who didn’t live in the three mainland U.S. states—California, Oregon, Washington—where POG is sold.

Cheryl sent us her recipe. A dozen of us tried it, in a blind taste test we dubbed “The Great HAWAII Magazine POG-Off.” 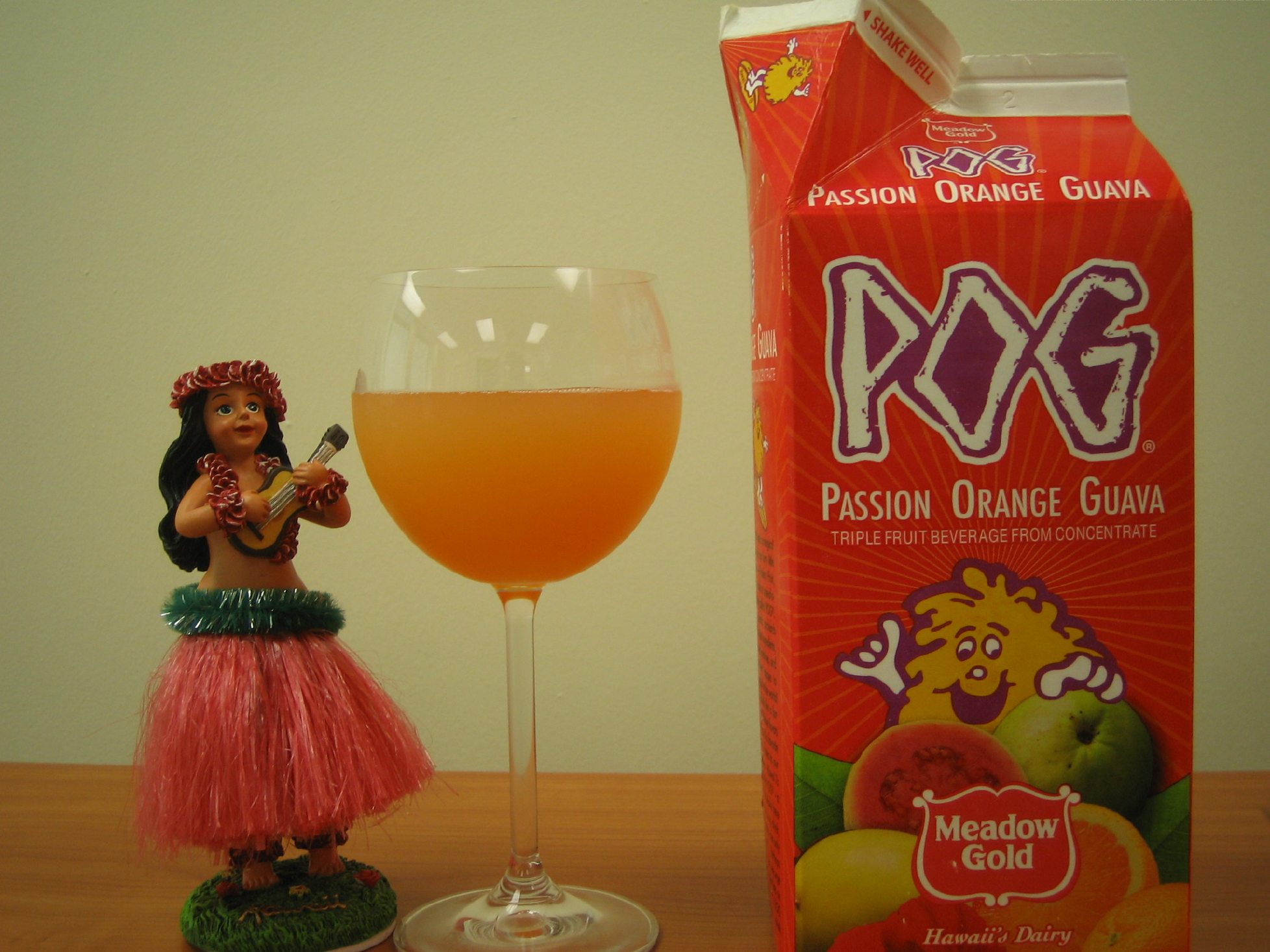 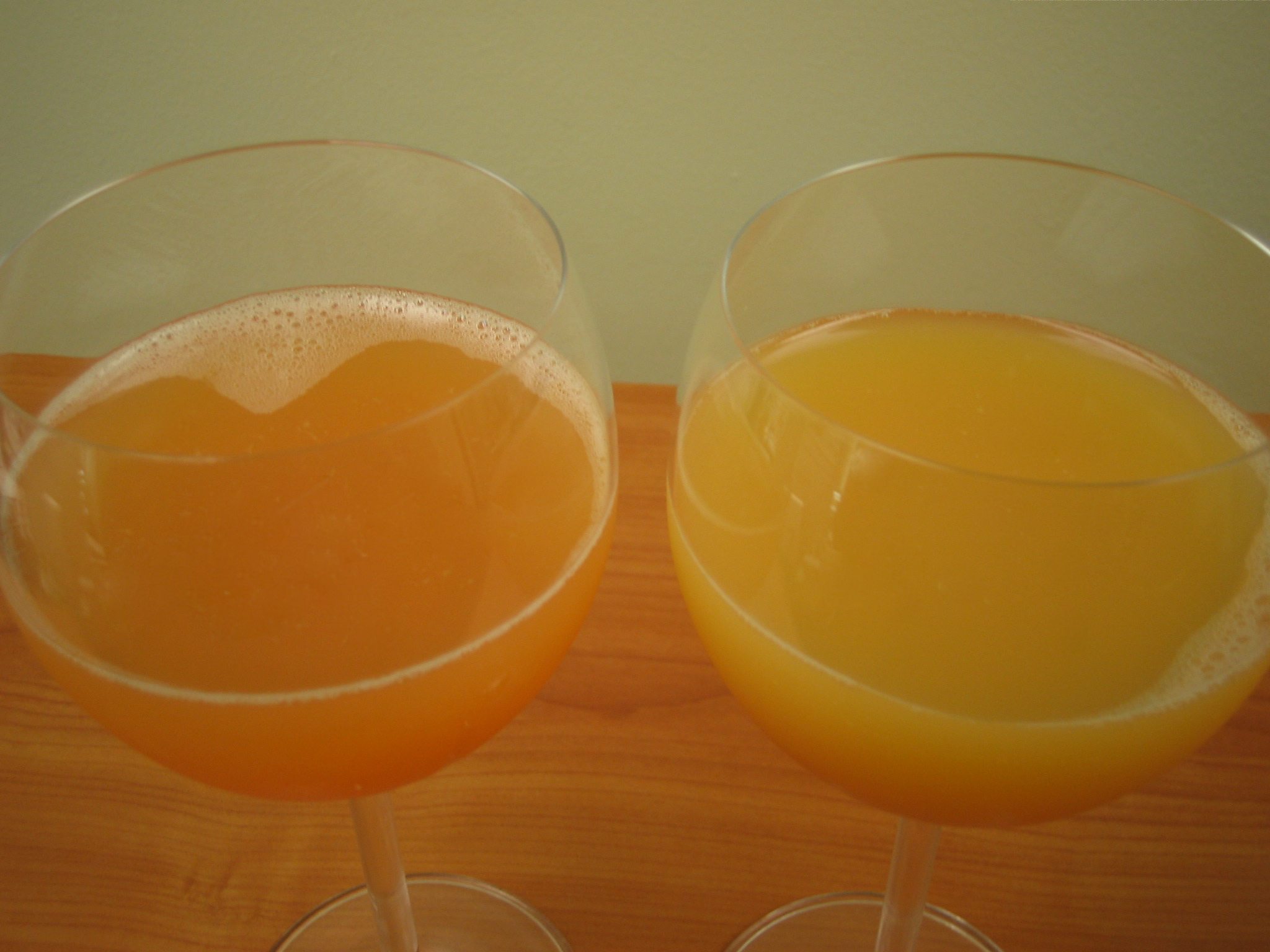 To tweak Cheryl’s recipe for a more POG-like taste, we suggest a bit less OJ. Real POG is sweet. Sugary sweet. Cheryl’s recipe came off a bit more adult than real POG. We wanted to add rum to it.

Be sure to leave us a comment if you try Cheryl’s recipe, or have your own POG-like recipe to share. And go ahead and guess which glass in the photo above holds real POG and which holds Cheryl’s POG.