There is FINALLY a shaka emoji

The iOs 10.2 update for Apple has been released and it brings with a prayer answered.

In the most recent update, a grand total of 104 brand new emojis found its way into your iPhone’s keyboard. And, between the excitement over the avocado, butterfly, water polo and a Harambe, is the only one that truly matters: a shaka emoji.

Here’s a screenshot of me breaking the revolutionary and important news to HAWAIʻI Magazine’s editor-in-chief Christine Hitt: 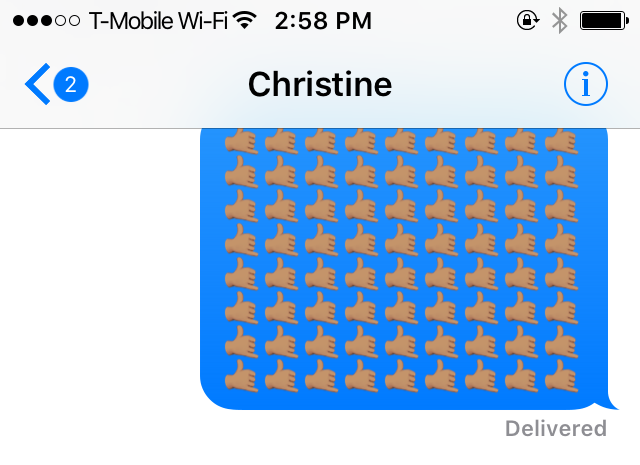 Admittedly we were a little excited (see that above text message) and couldn’t believe our maka-s (eyes) when we saw it.

Now, a pro-tip: 104 emojis (and that’s not counting all the different skin tones and genders) is a lot of emoji to search through, but if you just type the word “shaka” into your text message composer… 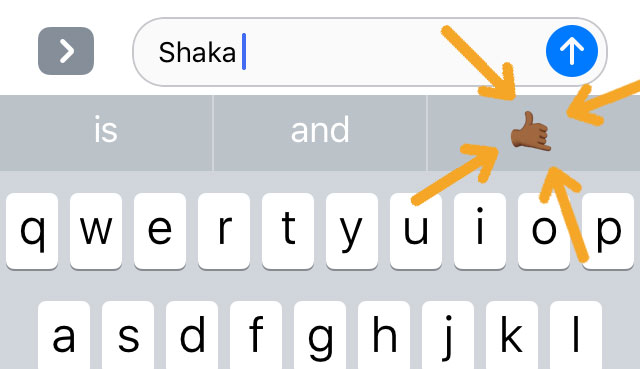 …it will materialize right before you.

According to our Twitter poll, a majority of you are very pleased with the emoji’s design.

What do you all think of the new shaka emoji?

Someone call “20/20” because an interesting observation in the case here … the shaka emoji appears to display in two versions, depending on what device you’re on. On the iPhone, it’s illustrated with the fingers facing in/back of the hand facing out, which is how most locals would commonly shaka (pictured below).

On desktop, the shaka is drawn “the tourist way,” with the fingers facing the viewer. Fascinating.

Either way, technology allows for another way to share the aloha spirit with the rest of the world. Throw up that shaka to your text messaging heart’s content, and, maybe add a surfer and a palm tree in there too while you’re at it.