HAWAII magazine reader Edd Kogan wrote us with a question about the city of Hilo’s history with tsunamis:

When were the last three tsunamis that damaged Hilo, on the Big Island of Hawaii?

Tsunamis—large sea waves generated by earthquakes, underwater landslides and other disturbances—aren’t common occurrences in Hawaii. However, when they do happen, Hilo Bay on the Big Island has often been subject to the worst of their devastating effects. The funnel-like underwater shape of Hilo’s bayfront amplifies the incoming waves creating larger heights, stronger inland surges. Case in point, Hilo Bay (pictured below) received wave heights reaching 35 feet during a May 1960 tsunami that struck the Islands, while other areas of Hawaii reported wave heights of 3 to 17 feet.

Hawaii experienced at least one damaging tsunami every 12 years between 1837 and 1975—but none causing any significant damage in the last 35 years. 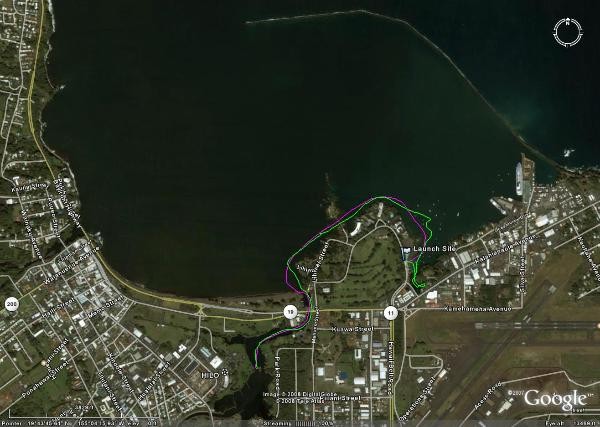 Though rare in Hawaii, tsunamis have taken more lives here than all other local disasters combined. The Pacific Tsunami Museum was established in Hilo in 1994 to commemorate the 1946 and 1960 tsunamis, but has since expanded to include public education and a broad archive of tsunami photos, video, history and oral histories. It now serves as a monument to all those who lost their lives in past tsunamis. For more information on the museum click here.

According to the Pacific Disaster Center, the last three tsunamis that caused significant damage in Hilo occurred in 1946, 1960 and 1975. 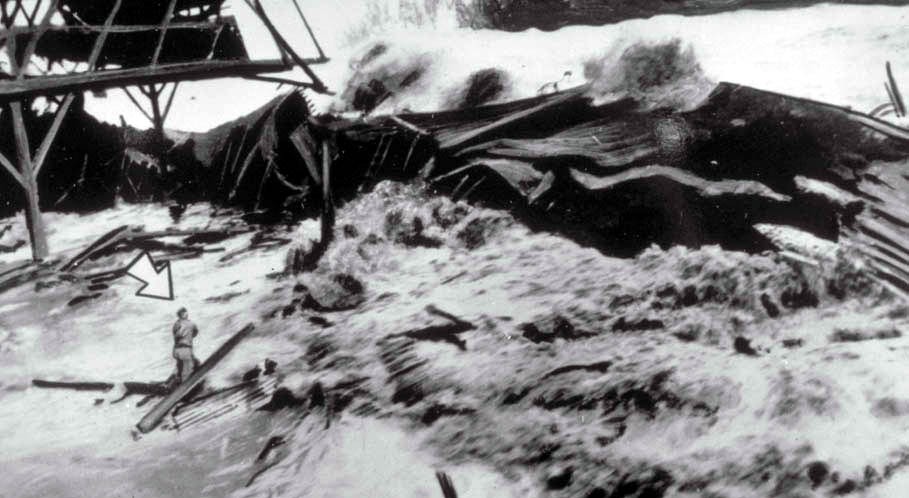 This tsunami struck Hilo Bay in a succession of seven waves for a duration of 15 minutes. The downtown area of Hilo was torn apart and flooded by the massive wave. However, the brunt of the tsunami was felt by a bayfront residential community called Shinmachi, or “new town.” The entire district was washed away except for a Coca-Cola bottling plant. Residents rebuilt Shinmachi in the same area, which would prove disastrous with the arrival of the next major Hilo tsunami 14 years later.

The April 1, 1946 wave also struck the Hamakua Coast town of Laupahoehoe, killing 25 people including students and teachers whose school was located on Laupahoehoe Point.

The National Oceanic and Atmospheric Administration photo above shows the tsunami cresting over Hilo Harbor’s Pier 1. The man designated by the arrow was one of the wave’s fatalities.

The loss of life prompted the establishment of a territory-wide Tsunami Warning System in 1948. 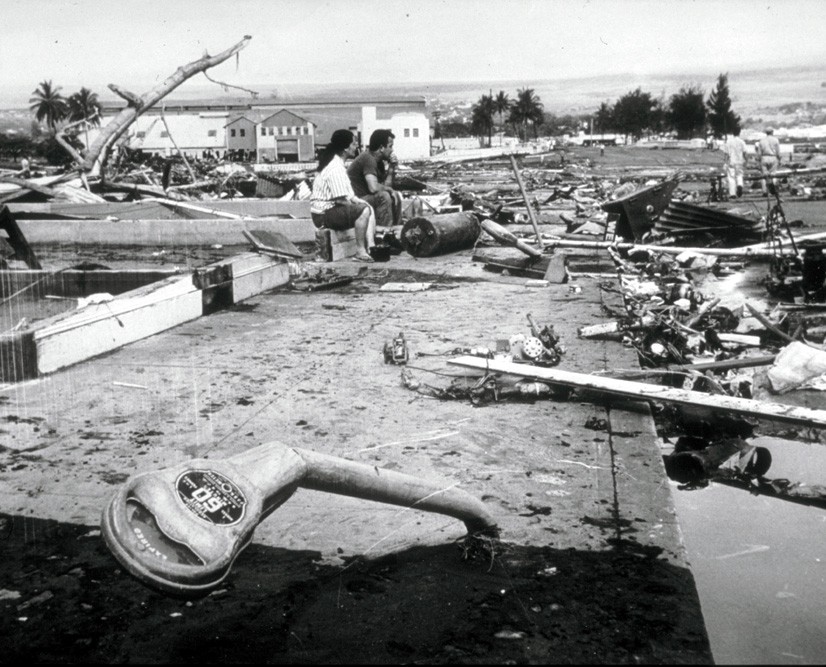 This Pacific-wide tsunami was caused by the largest recorded earthquake in the 20th century. Unfortunately, many Hilo residents in the bayfront area refused to leave their homes because of the relatively small damage caused by tsunamis in 1952 and 1957. Additionally, the first few of an eventual succession of eight waves were just over 3 feet, so people who had left low-lying areas returned. Subsequent waves would grow to an overwhelming 35 feet.

As with the 1946 tsunami, the entire Hilo downtown business area suffered heavy damages, and the newly rebuilt Shinmachi town was totally destroyed. Shinmachi was never rebuilt. A portion of Wailoa State Park is now located where Shinmachi once thrived, and much of Hilo’s bayfront is now grass-filled park space. 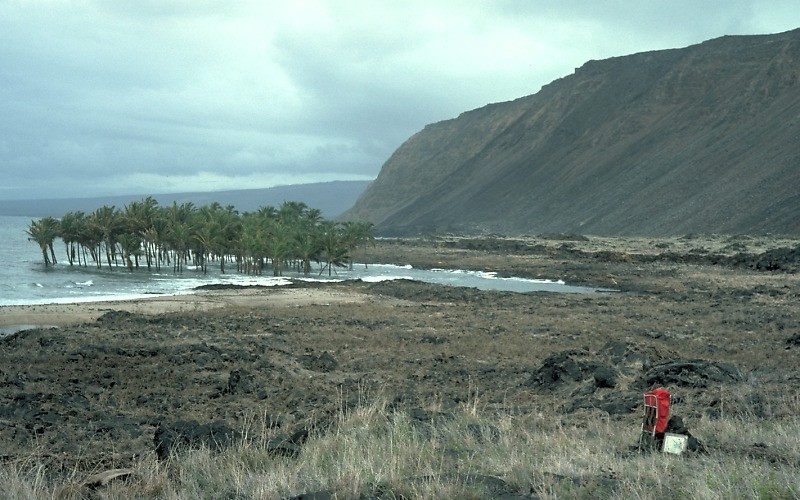 This tsunami was caused by the largest locally-generated earthquake in recorded Hawaii history. Damages in Hilo were mostly limited to overturned boats, and the city’s downtown bayfront spared from a wave. The most damage occurred in coastal towns along the Big Island’s southeastern coast and Halape Beach Park in Hawaii Volcanoes National Park, approximately 19 miles from the earthquake’s offshore epicenter.

At the time of the earthquake, 32 campers were overnighting at Halape, a remote beach park with a large grove of coconut trees near the base of a high cliff. The movement of the earth and the sound of rocks falling down the cliff awakened campers who began heading to the beach. At the beach, they were met by two tsunami waves—the first one 5 feet, the next one 26 feet—that pushed them into an inland ditch near the base of the cliff, where they were tossed about by the churning surf.

Portions of the Halape coastline, including the coconut grove where a few campers took shelter, subsided into the ocean permanently. Two campers died.