Fusing restorative massage with the therapeutic value of salt water.

For centuries, humans have sensed that water holds vast healing powers—from the thalassotherapy, or sea therapy, in ancient Greece, to the way the thermal baths of Big Sur have been respected and revered for decades, to the world-renowned medicinal hot springs of Budapest. The mysterious way Earth’s water sources can act as a miraculous panacea is acknowledged by cultures across the globe, and the ways they harness these healing powers are deeply treasured parts of their cultural identity. 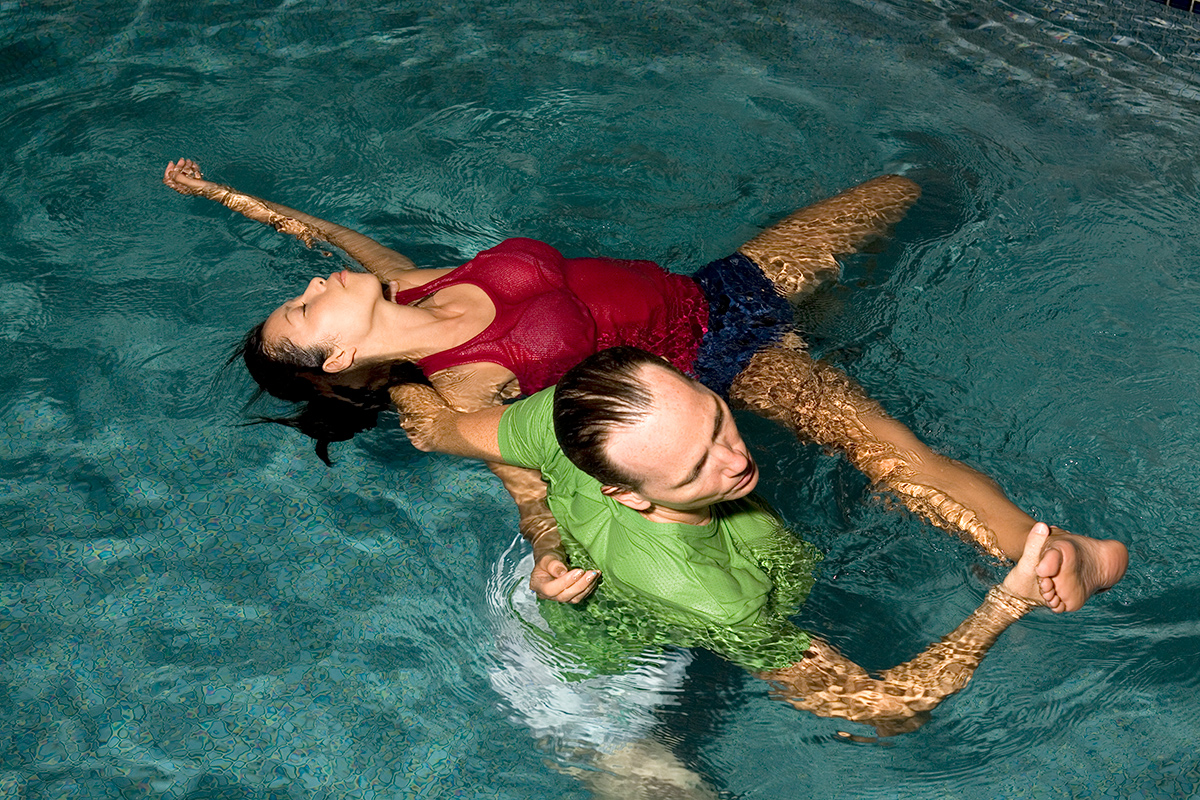 The technique used, he says, is similar to what people know as watsu, or water massage. His fascination with the method began 20 years ago in California. Miller was on vacation at Harbin Hot Springs when he encountered a style of massage where clients are immersed in water. After trying it out for himself, he says, “I thought that’s a really great idea.” After moving to Hawaii, however, Miller would take it to a whole new level, incorporating the rejuvenating powers of the ocean. Initially, he was taking clients out to the seawall off Waikiki for the experience, providing them with full-body diving suits for warmth and massaging right in the ocean.

In 2008, he opened Spa Pure and offered his ocean massages in a balmy 97 degree saltwater pool at the Courtyard by Marriott Waikiki Beach hotel. The massage is a journey in itself but can be offered either as a standalone treatment or as part of a package. 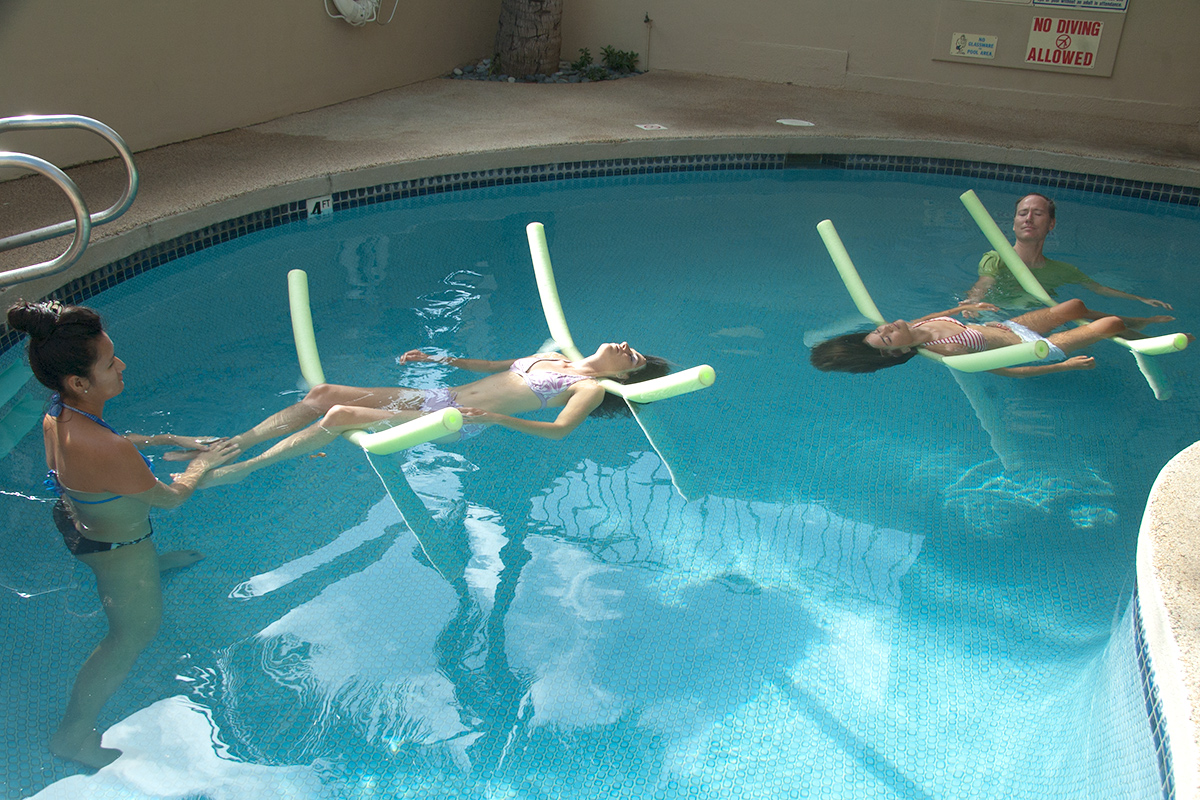 The massage starts in the pool, the client held by the therapist, which can, in itself, be a new experience—perhaps relaxing or stressful. It can be strange to be held by a person you just met; uncomfortable clients are eased into the experience first with foot massages, their bodies partially suspended by pool noodles under the back and knees, which anchor them in the water and get them familiar to the feeling of being suspended.

Therapists are trained in a specific ocean massage technique, in which their hands move in opposing directions: One hand is pulling, as the other is pushing, a complementary interplay of forces that keep the client’s movement generally controlled in the pool but with room to gently drift here and there. After five to 10 minutes of foot and calf massages, clients start to experience the deep sense of release and relaxation for which ocean massages are known.

The therapist then moves up to the client’s neck, supporting it (and removing the pool noodle) gently in the water. Still mostly immersed in the pool, with the water within an inch of the client’s mouth, the therapist allows the salt water to carry most of the client’s weight, resulting in an element of weightlessness throughout the experience. 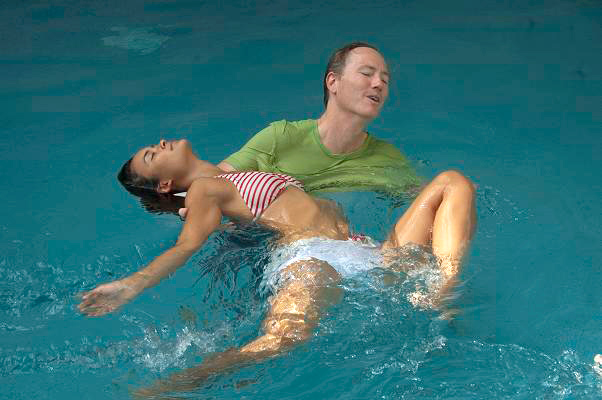 The experience winds down with the therapist removing the noodles and guiding the client’s body through some gentle therapeutic stretches. The therapist then finishes up by moving the now-deeply-relaxed client into a supported standing position, letting her acclimate to the sensation of supporting her own body weight again.

“At this point, most people just aren’t thinking normally. They’re just in a trance mode. We put them on their toes and they’re just there, not supporting themselves yet,” says Miller. “We just stand there supporting their head saying, soothingly, ‘OK, it’s over.’”