No, this is the 25th anniversary of the “new” Halekulani. By the 1980s, the hotel had grown, the old house replaced by a plantation-style mansion with a C.W. Dickey roof, the cottages now numbering 37. It was a famous oasis of luxury on the beach, and its House Without a Key had been immortalized as the title of the first Charlie Chan novel.

By the ‘80s, however, the skyrocketing costs of Waikiki beachfront property (not to mention taxes) made such a small resort impractical. 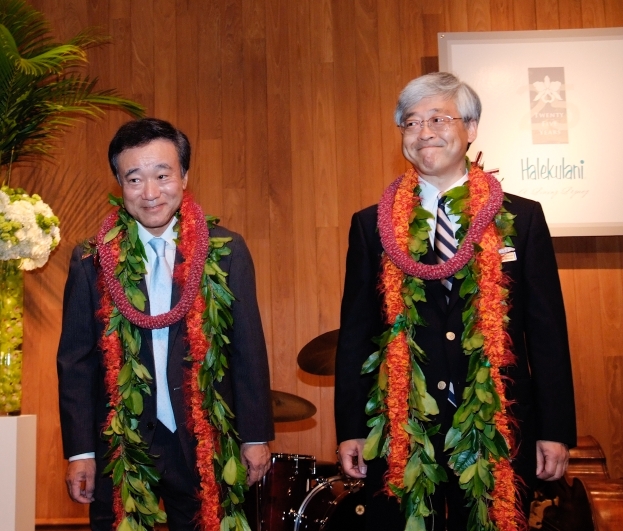 It was sold to Japan’s Mitsui Corporation, which did a careful job in creating the “new” Halekulani, without losing traces of the old. The new hotel retained the main building, the lawns, the century-old kiawe tree, but surrounded them with an elegant 453-room resort that remains an oasis of luxury in bustling Waikiki.  A number of Mitsui execs (right: Hitoshi Saito and Kosei Murakami) flew in from Tokyo for the anniversary.

(You can download an illustrated history of the hotel here.)

The anniversary celebration was, as you might have guessed it, elegant as well. The Honolulu Symphony brass and percussion played a fanfare written for the occasion—the Halekulani having been a dedicated corporate supporter of the arts.

The champagne flowed. The food? Amazing. The Halekulani chefs vied to outdo themselves, with La Mer chef Yves Garnier preparing his remarkable foie gras terrine and filling a table with rare French cheeses. 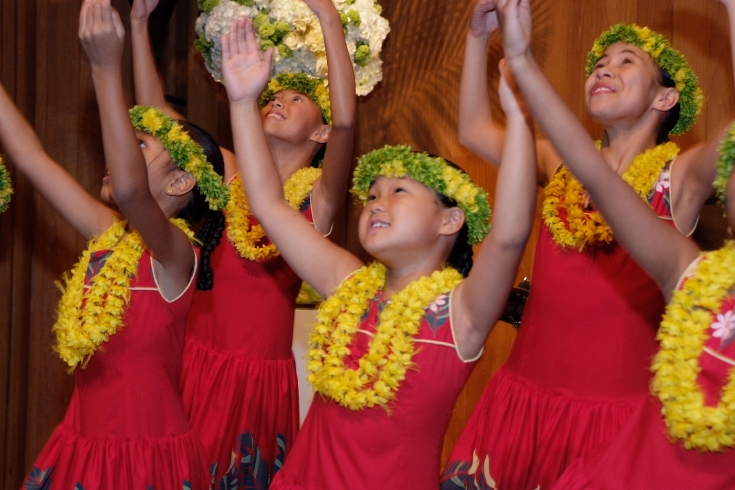 In addition, both the Japanese and French chefs of the Imperial Hotel Tokyo flew in to cook for the occasion. The most crowded station of all was the sushi bar presided over by none other than Nobu Matsuhisa, who has a Nobu’s in the Halekulani’s sister hotel, the Waikiki Parc.

There were proclamations of “Halekulani Day.” The stage was filled with jazz, Hawaiian music, hula.  There were open bars and a happy crowd of well-dressed well-wishers. 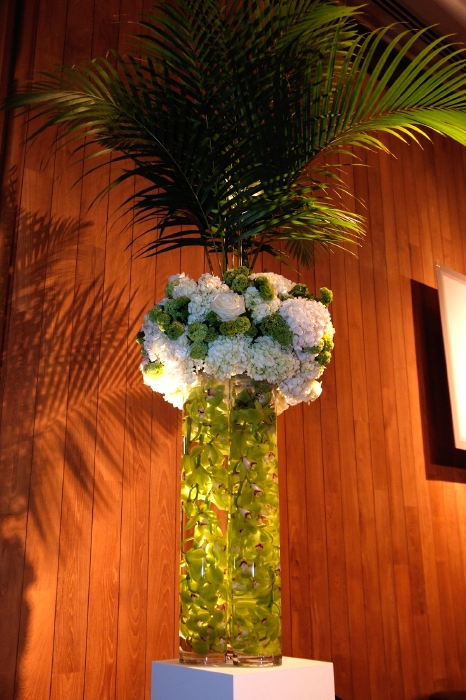 The  thing that caught many people’s eyes—the stunning flower arrangements (pictured, right) by San Francisco florist Jun Pinon. Why would Pinon fly to the Halekulani on the one of the busiest weekends for florists, Mother’s Day?

“I got my start in the flower shop here,” he said.  “I would never miss this.”