What’s that? The plumeria flower is from where?

More often than not, iconic Hawaiʻi things like plumeria, slippers and the ʻukulele are so ingrained in the culture and history of the Islands, many visitors—and locals too!—think that they’re from here. But many are not. That’s right, those oh-so-Hawaiʻi things, in fact, were brought over to the Islands from travelers who came to Hawaiʻi post-Western contact. Here are a few things that you may be surprised to learn are not originally from the Islands. 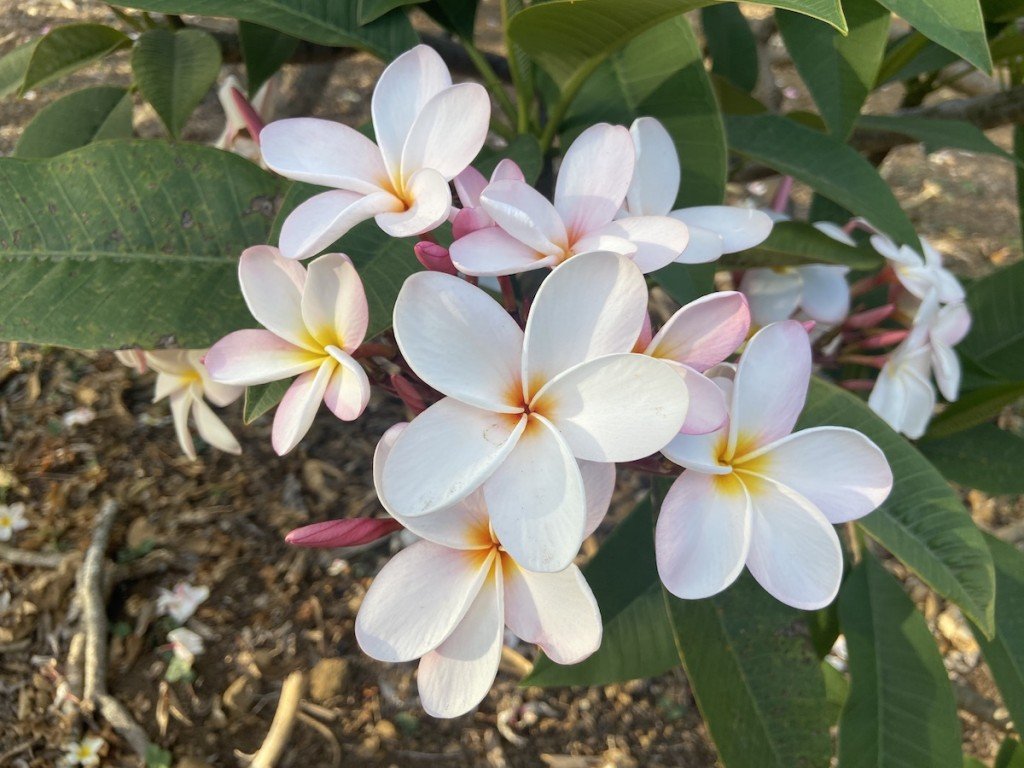 While the plumeria, also known as melia in the Hawaiian language, has become one of Hawaiʻi’s most beloved flowers—and is often used to make lei—the flowering plant is actually endemic to Mexico, Central America and the Caribbean. First planted in Hawaiian soil by Dr. William Hillebrand, a German biologist, in 1860, the plant quickly thrived in Hawaiʻi’s tropical climate. Now plumeria grows here in a variety of colors, and some of those may truly be exclusive to Hawaiʻi. 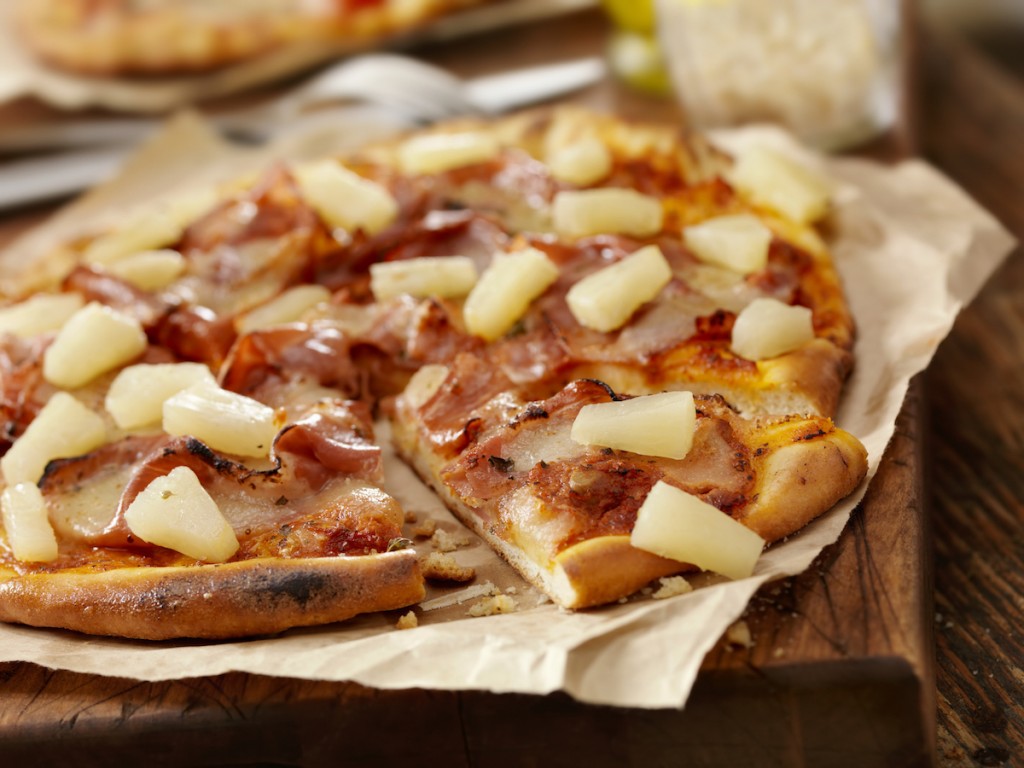 Yes, “Hawaiian” is in the name, but pineapple-laden pizzas were first concocted in Canada by Greek-born Canadian Sam Panopoulos. Making the first Hawaiian pizza at the Satellite Restaurant in Chatham, Ontario, Canada in 1962, the pie wasn’t very popular at first. However, it soon became a local favorite in the community and smade its way across pizzerias around the world. So why is it called Hawaiian? Well, Panopoulos chose Hawaiian after the brand of canned pineapple they used, which brings us to our next item. 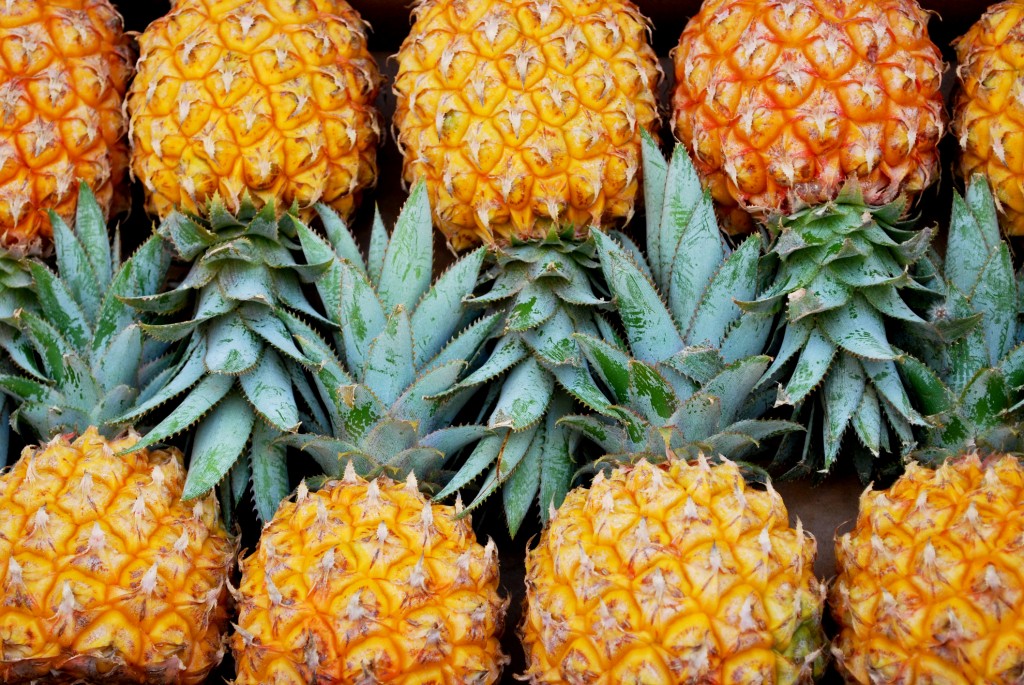 For centuries locations around the world had been growing pineapples—the crop originates from Paraná–Paraguay River drainages between southern Brazil and Paraguay—but Hawaiʻi didn’t begin cultivating pineapple until the 18th century when Spanish immigrants brought the fruit over with them. Called hala kahiki, the foreign hala, it quickly became one of the Islands’ main crops. 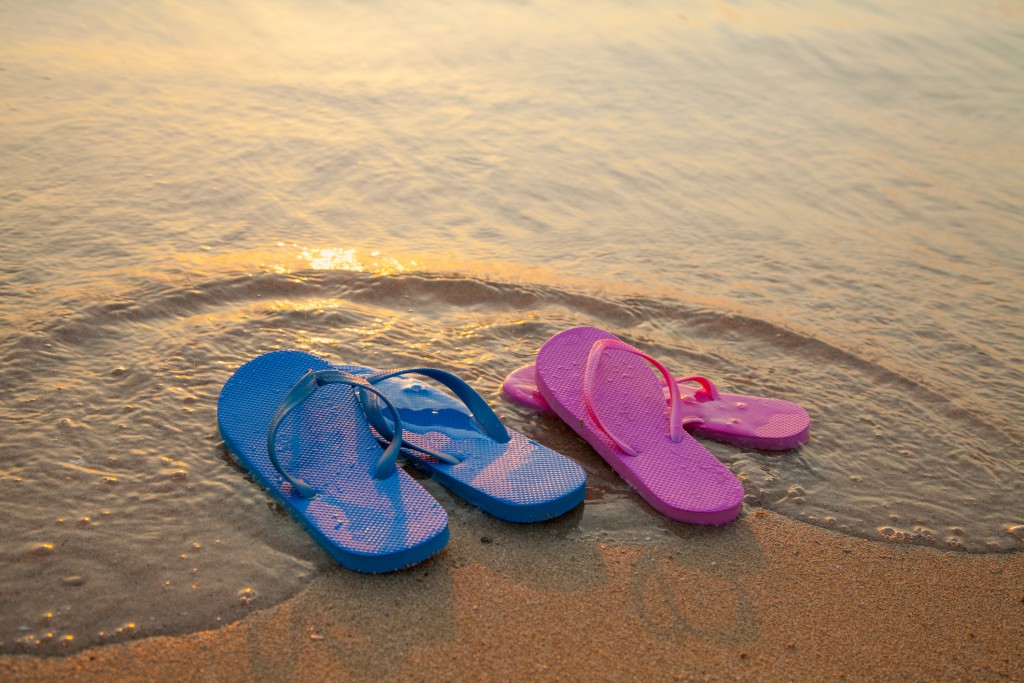 Most Hawaiʻi residents own a couple of pairs of slippers—at least. We wear them on walks, to the beach, even to work. Being able to slip—hence the name—them off with such ease makes going in and out of homes much faster than wearing shoes. But the slipper sure didn’t originate in Hawaiʻi. From Egypt to Japan and South America, proto-slippers were being used for some time, but how were they brought to Hawaiʻi? Some think it was Japanese immigrants who were the first to wear zori (Japanese slippers) in Hawaiʻi, while others attribute the slipper-craze to transplanted New Englander, Elmer Scott, who initially made rubber slippers for submariners before starting his commercial business Scott Hawaiʻi—which still makes slippers today. 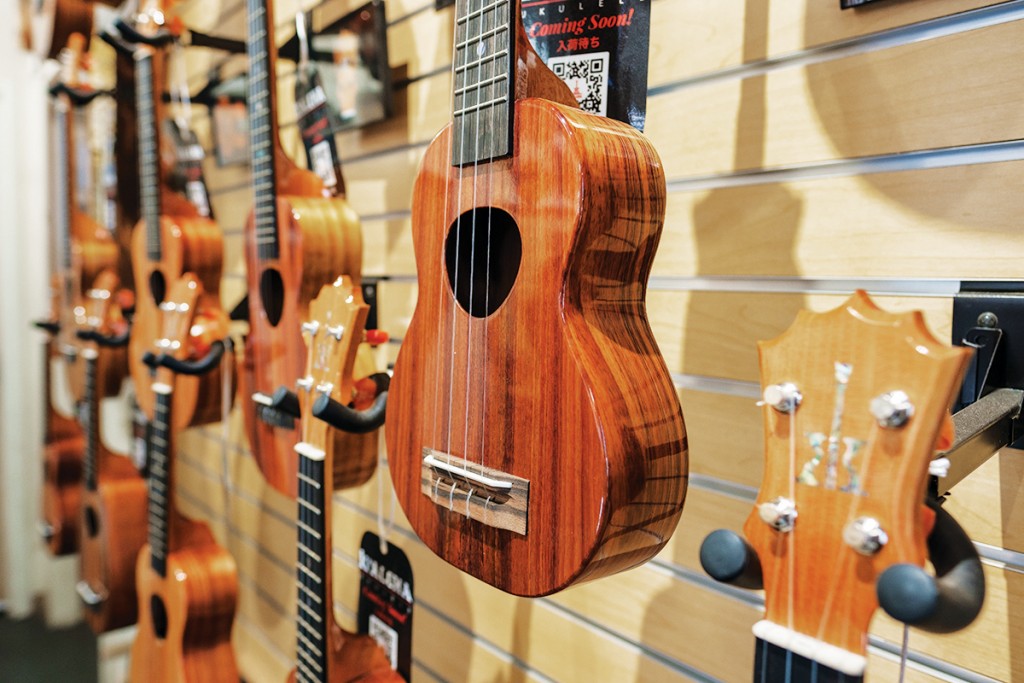 Strummed by countless local musicians for decades now, the sound of the ʻukulele perfectly matches the breezy and bright tones of Hawaiʻi. So it’s a good thing Portuguese immigrants from Madeira and Cape Verde brought the instrument over with them in the 1880s, when it was first introduced to Hawaiʻi. And it was King Kalākaua himself who fell in love with the stringed device, giving it ardent support and quickly incorporating it into Hawaiian songs as well as using it in performances at royal gatherings. The name, ʻukulele, can be roughly translated from the Hawaiian language to “jumping flea,” which is meant to portray the fast and nimble finger movements a player makes when using it. 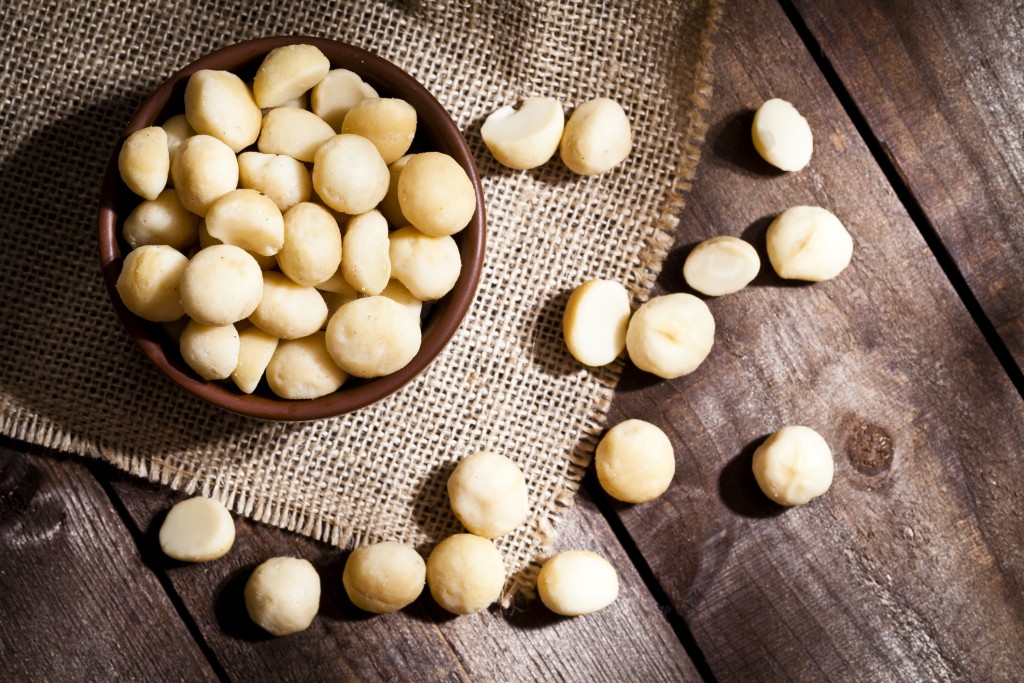 Probably the most sought-after souvenir, macadamia nuts first arrived in Hawaiʻi in 1882 at the hands of plant collector and sugarcane plantation investor William H. Purvis. While the plant was initially intended to be used as a windbreaker for sugarcane, the nut soon became a commercial venture in Hawaiʻi, where it was first produced on a wide scale. 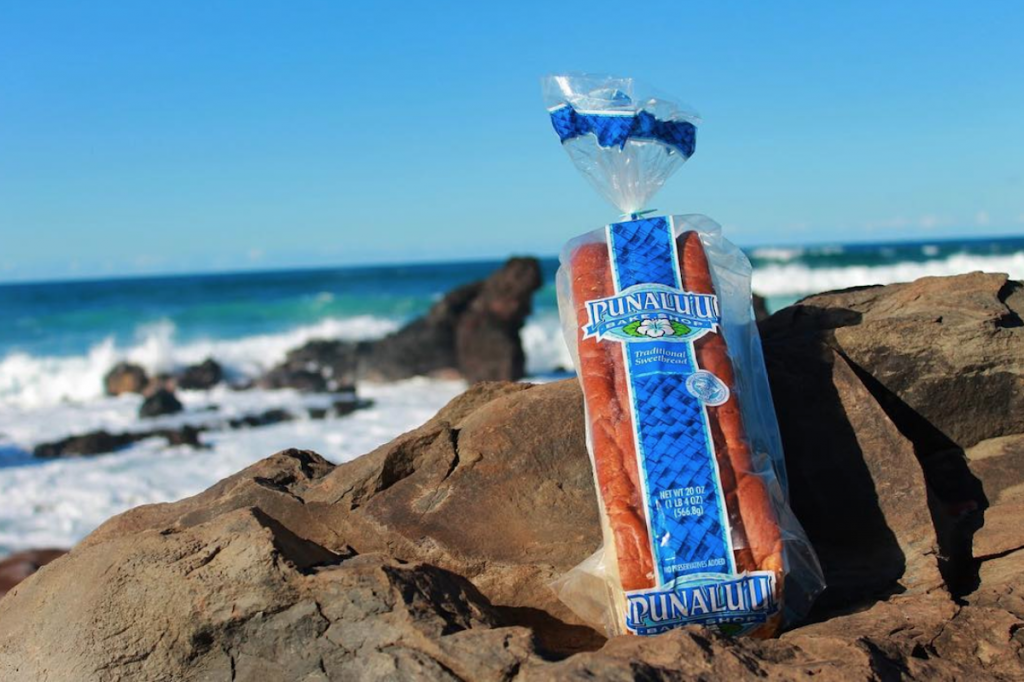 Sweet bread has been a longstanding favorite amongst locals and visitors. And if you Google how to make it, a number of recipes titles “Hawaiian Sweet Bread” will come up, but that’s not the right name for this sweetened starch. Its real name is Portuguese sweet bread, because—yes—it’s from Portugal. Like many other introduced delicacies, it was first made by Portuguese immigrants who came to Hawaiʻi to work in plantations and has definitely stuck around.