Incredible sightings of the fire goddess on Hawaii Island captured on camera.

Even if you’ve never been to Hawaii, chances are you’ve caught wind of the name Pele, the legendary Hawaiian goddess who makes her home in Kilauea’s Halemaumau Crater.

Look at all that steam. Someone must be home …

There are many moolelo (legends) surrounding the deity to Kilauea and multiple portraits of her at the Jaggar Museum at Hawaii Volcanoes National Park.

Hula halau (hula groups) often visit Kilauea to dance and leave hookupu (offerings) for Pele as a form of respect.

There’s a lot of mana (spiritual power) at Kilauea and it’s clear people can feel Pele’s presence when they visit. Occasionally, visitors who make the pilgrimage to Pele’s domain even claim to have seen her unmistakable likeness. Take a look at this amazing photo.

In the spewing magma, the form of a woman appears to take shape between the newly formed land and sea.

Oahu photographer Matt Forney took a last-minute trek in November 2016 to Kamokuna, where lava is currently flowing into the ocean. Calling it an impromptu trip to visit a friend who was moving away, Forney felt a weird sensation as soon as he stepped off the plane like he was supposed to be on the Big Island. “I could feel the atoms in my body bouncing around faster,” he recalls, like, “I was supposed to be exactly where I was in that moment.”

Do you see her?

It wasn’t until Forney was sitting in front of his computer, editing his photos that he saw what he had taken. “I saw this picture and knew without a doubt that I had been called to the experience. I have taken countless photos, but this is the one that affected me the most. I freaked out when I saw her.”

Just last year, another Kilauea visitor saw Pele emerging from the crater of Halemaumau in the thick of night.

Misty Kalamau took this unassuming photo of two individuals posing in front of the crater during summer 2016. But check out the volcano’s glow behind them…

See the side profile of Pele’s face?

This appears to happen a lot at Halemaumau.

Here’s a video of Pele at Halemaumau, from another instance, that shows the goddess’ face confined to the same corner of the crater.

And, just as often, whenever lava reaches the ocean. In 2010, this video shows her face newly formed by the lava in the coastline’s black lava rock. Watch closely …

Also captured by The Center for the Study of Active Volcanoes, this scene lasted only for a few hours before it was covered by the exuding flow.

For others, there have been claims to see Pele, but through other parts of her figure. Like this exagerrated hand in the lava flow.

Kilauea visitor Claude Grandpey wrote he happened to “shake hands with Madame Pele” as the flow oozed past.

The tiny strands of volcanic glass found around Hawaii Island’s active craters are often referred to as “Pele’s hair.”

The “hair” is created when molten lava spatter is stretched into very thin filaments by wind.

Mauna Iki Trail, in particular, is known for its abundance of Pele’s hair. In the Kau Desert, there are piles and piles of these beautiful and ethereal creations.

Even when not literally seen, Pele’s power and presence is undeniable everywhere on Hawaii Island. Kilauea, Hawaii’s most active volcano, is a constant reminder that the Islands are living and breathing entities. 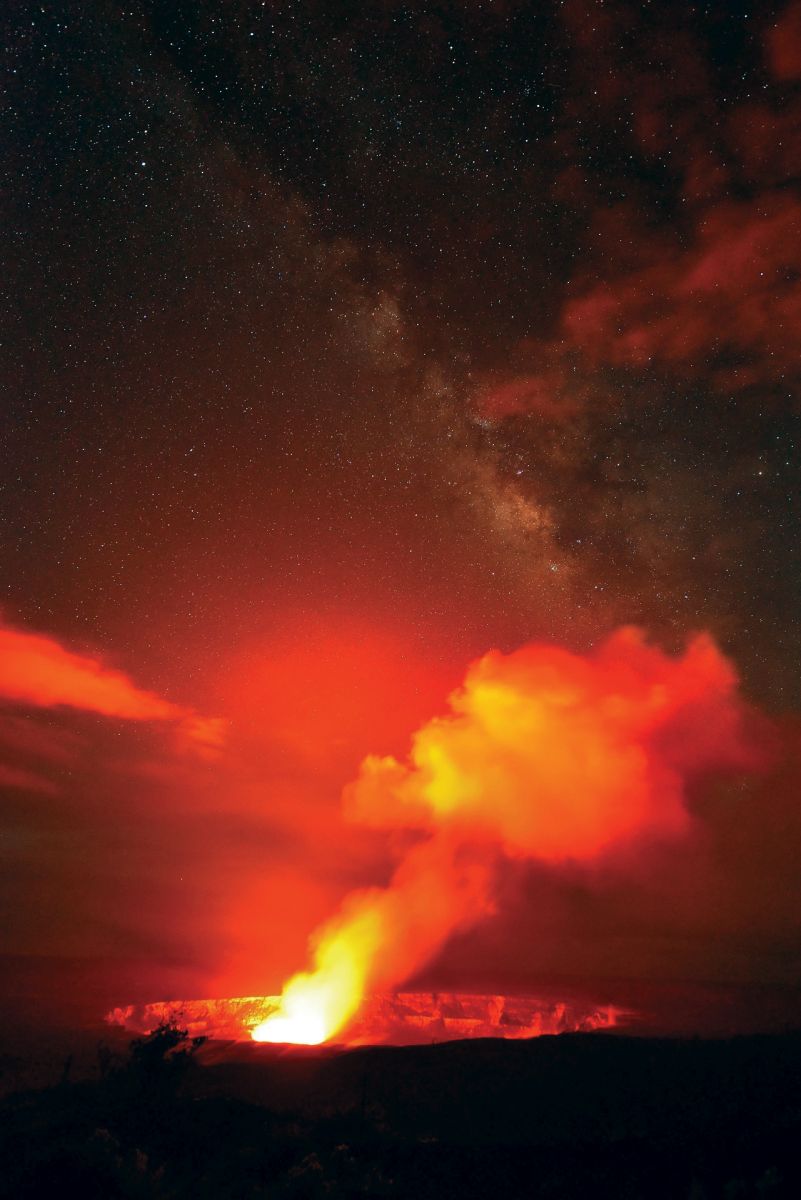