Kaʻena Point on the northwesternmost tip of Oʻahu is the leaping place of souls.

Kaʻena Point, situated at the westernmost part of Oʻahu, lures all kinds of life, from nesting Laysan albatross to hikers who follow an old railroad bed to the remote and scenic protected area.

But it’s a sacred place for the dead. too.

Named for a relative of the god Pele, the point is known as a leina-a-kaʻuhane, the leaping place of souls, where the spirits of the recently dead could be reunited with their ancestors.

“It’s still there, you can still see it,” says Laʻakea Perry, a respected kumu hula who takes guests at the Four Seasons Resort Oʻahu at Ko ʻOlina on a guided tour of the Kaʻena Point Natural Reserve. “When you walk there, it’s like going to somebody’s grave almost. You walk that path knowing that it’s the same path spirits travel to get to their final point. It’s very sacred.”

This area is also one of the last intact sand dune ecosystems in the main Hawaiian Islands and home to native coastal plants like the dwarf naupaka and ʻilima and seabirds, including wedge-tailed shearwaters, red-footed boobies and the majestic ʻiwa (great frigate bird). The reserve is a haven for the endangered Hawaiian monk seals and honu (Hawaiian green sea turtles), which can often be found resting along the coastline. During winter months, you can even see humpback whales offshore. 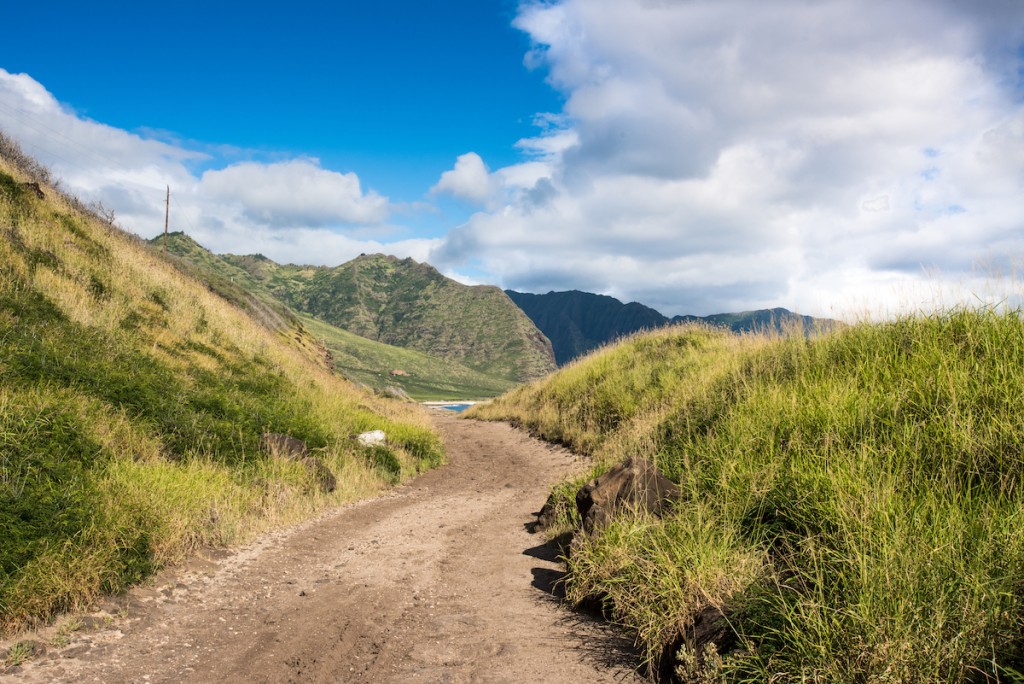 The trail to Kaʻena Point on Oʻahu’s West Side.
Photo: Getty Images/EJJohnsonPhotography

For the past few years, Perry has taken dozens of people—visitors and locals—on this 5-mile (roundtrip) trek along this rugged coastline, pointing out native plants and telling moʻolelo (stories) about the area. He explains that the Hawaiian name for nearby Yokohama Bay is Keawaʻula, which means “red harbor” in ʻōlelo Hawaiʻi (Hawaiian language). It was called that because of the numerous brownish-reddish mūheʻe, or cuttlefish, that would congregate in the shallow waters here, making the water look red. (It’s now called Yokohama Bay after a Japanese fisherman who frequented the beach in the early 1900s.)

The coastal trail leads to a sandy beach where monk seals like to lounge. Beyond that are jet-black rocks, jutting into the wild ocean. Here, Perry says, is the leina.

This is where Perry and some dancers from his hālau Ke Kai O Kahiki perform “Kunihi Kaʻena Holo I Ka Malie,” a mele that tells the story of Hiʻiaka, the goddess of hula, who followed the same path along this coastline. She reached Kaʻena Point, turned around and looked back along the west side of the island.

Perry has his guests turn around, too, to watch the dancers perform this hula, with the mountains as their backdrop—the same view as Hiʻiaka’s.

The goal is twofold: education and respect.

Catherine Toth Fox,
Kaua'i What To Do