Winners and runners-up of the 2018 HAWAII Magazine Photo Contest

HAWAII Magazine announces the first- and second-place winners of its annual photo contest, with the grand prize winner receiving a six-day, five-night stay at the Westin Nanea Ocean Villas.

The 2018 HAWAII Magazine Photo Contest received many beautiful entries from around the world, making it a difficult job for our in-house team of editors, designers and staff to pick the top winners. Here, we feature the first- and second-place winners in four categories: Outdoor, Culture, People and Abstract. Congratulations to all of our winners, every one of whom made us marvel at the magnificence of our Islands. And if you like what you see, check out the other top submissions from the 2018 HAWAII Magazine Photo Contest.

The Grand Prize winning image, pictured above, was shot by Blake Abes at Kahua Ranch in Waimea, Hawaii Island. “A friend of mine needed help shooting a wedding on the Big Island. I saw it as an opportunity for a minivacation. During the wedding, I stepped out to take a break from filming and saw this magnificent landscape. I had to capture the moment as it was.” 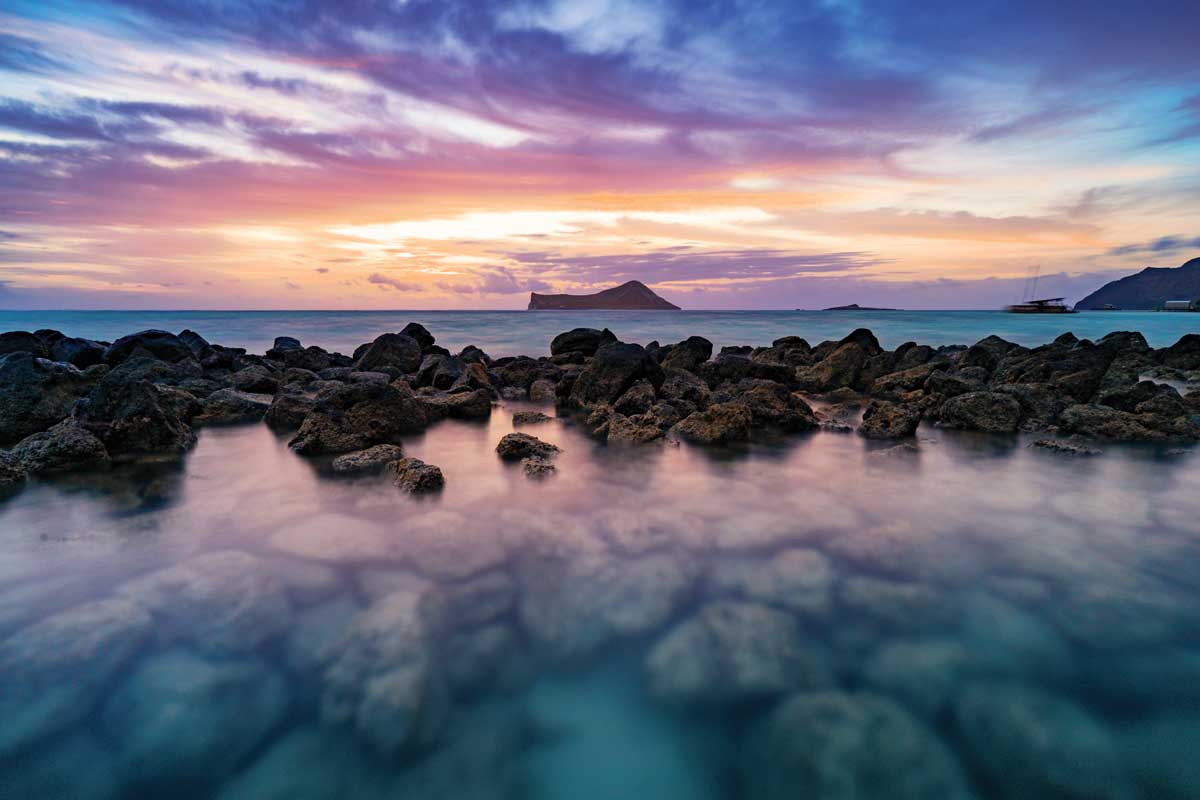 “A group of photographers went out to photograph the sunrise. We ventured off into Waimanalo and found the Pahonu fishpond. The tide was going down and I went into the water to reach the outer rim. I was waist deep in water and my gear could get wet. Many people tell me they have a special connection to this fishpond and I had a print made for their home, which reminds them of their family’s rich heritage.” 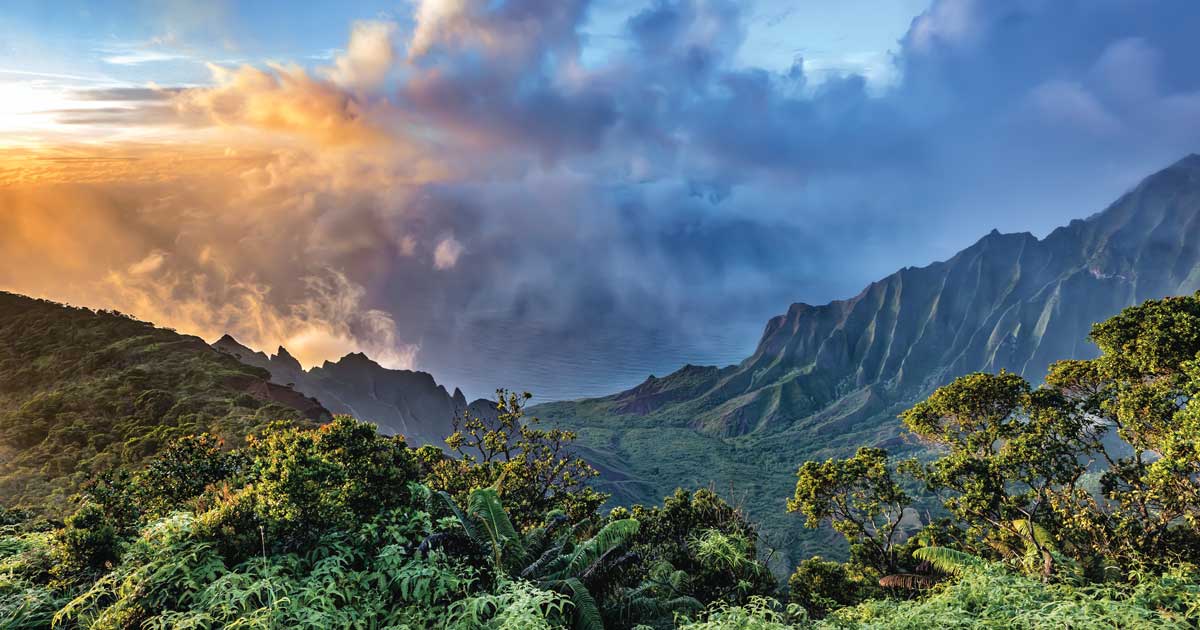 “Panoramic view of Kalalau Valley as a storm approaches. This is also the highest elevation most people reach on Kauai by road, at 4,000 feet. This is one of the greatest views in all of Hawaii.” 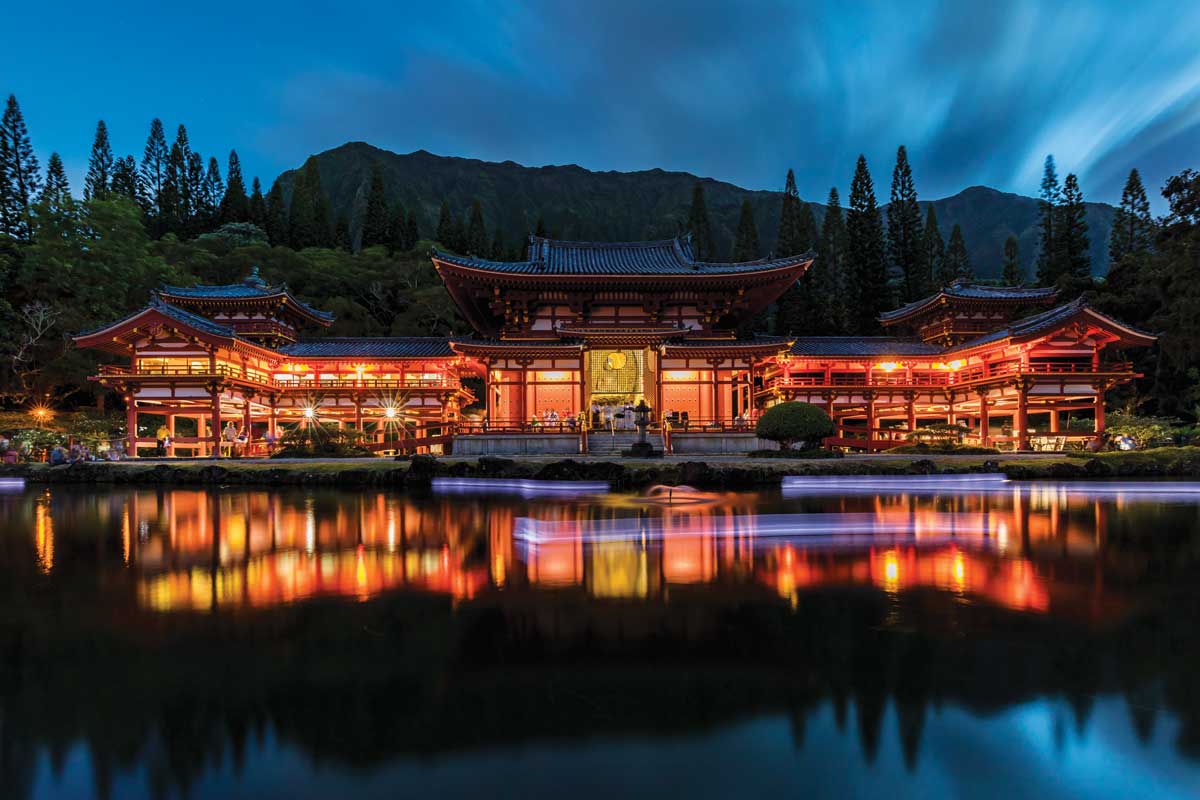 “Once a year, Valley of the Temples holds its Obon Festival with a lantern floating to commemorate one’s ancestors. It’s a rare opportunity to see the temple illuminated in the evening and the pond filled with the gentle light of the lanterns.” 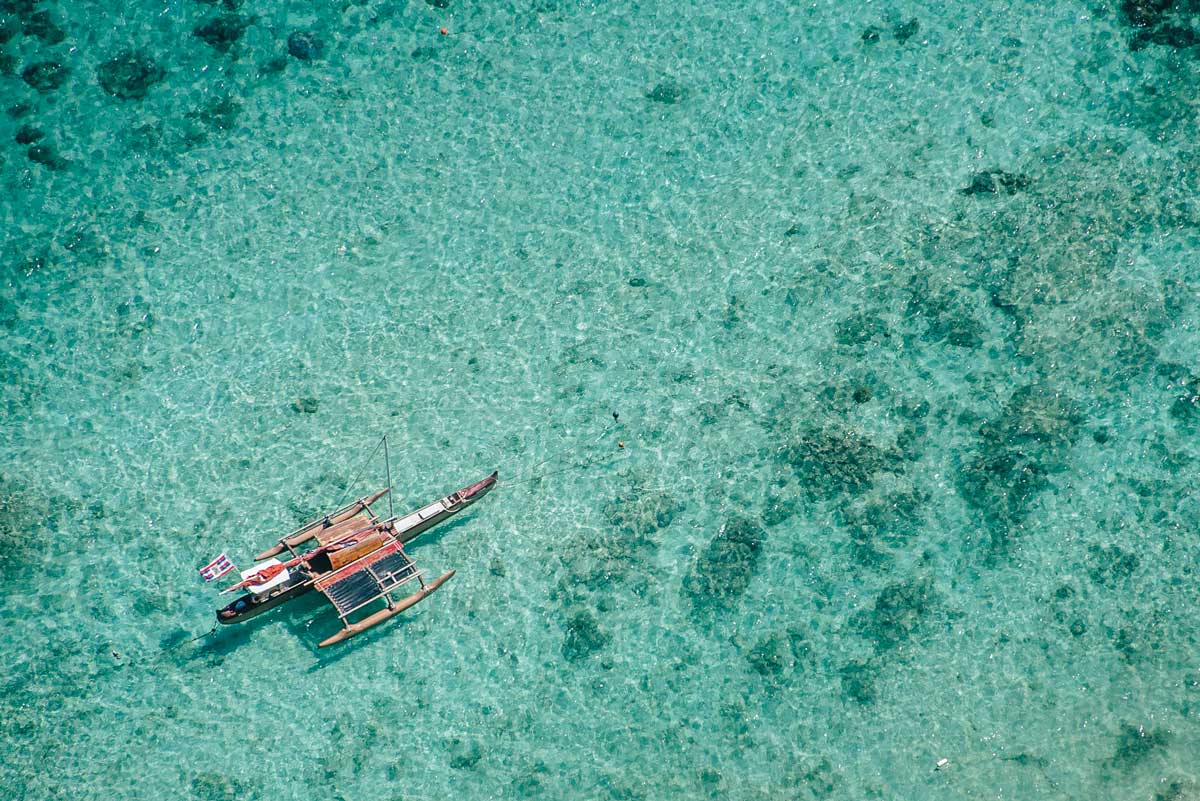 “A boat sits in the shallow waters off the coast of Windward Oahu.” 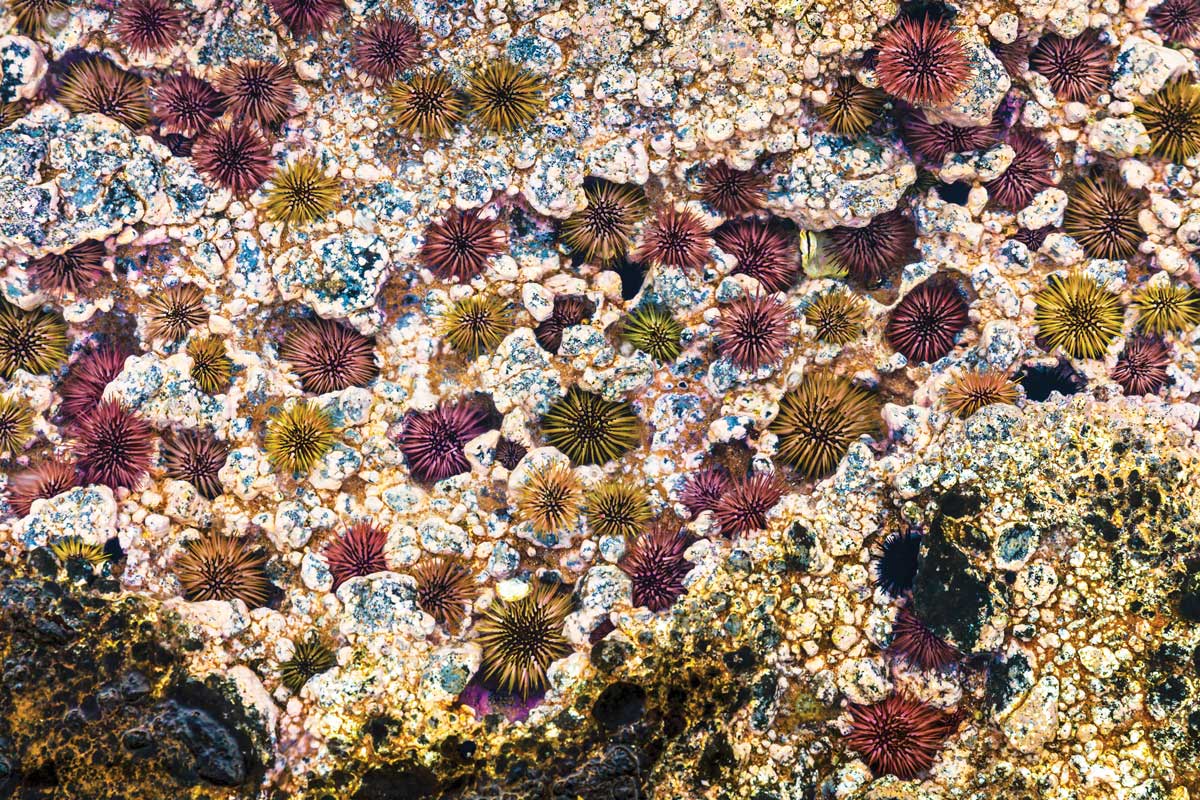 “I was sunset hunting on the jutting lava rocks in Wailea. After a mediocre sunset, I was packing my bag and looked down and saw this amazing rainbow of urchins. I knew the shot I went out for that night wasn’t the sunset at all. It was this one.” 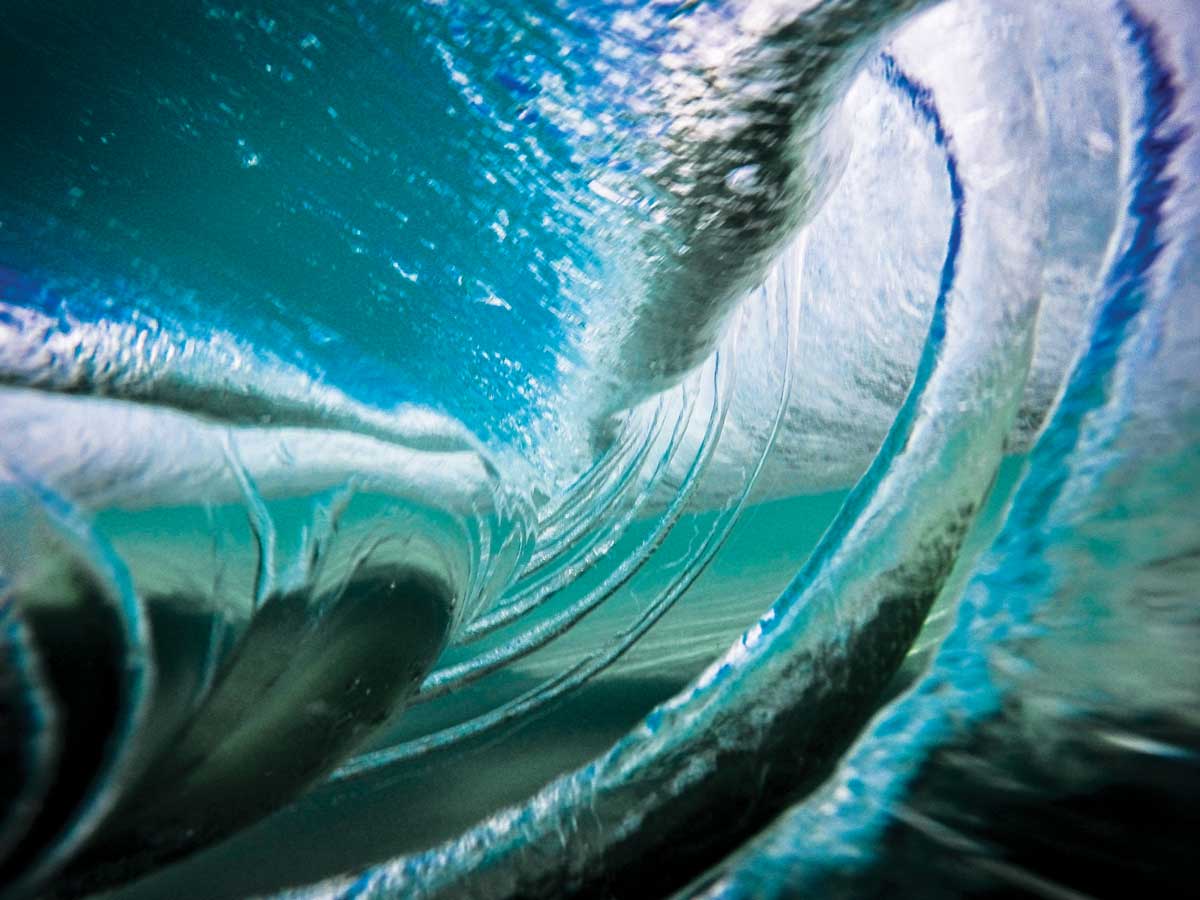 “Sometimes it’s all about being in the right place at the right time. This image I captured of the inside of a wave’s vortex is quite unique with its side-view angle that lets you look straight through the many tubes of the vortex.” 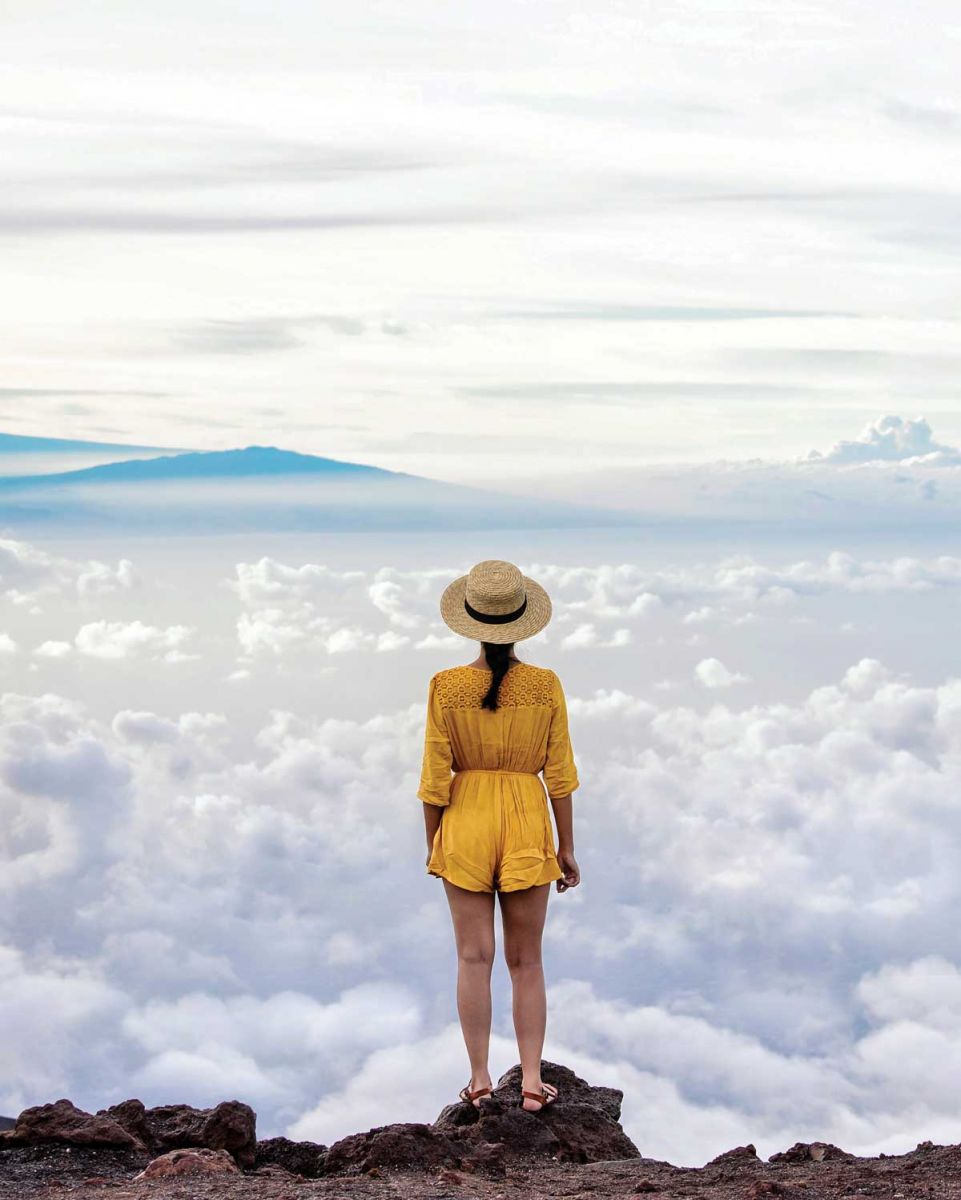 “The early morning wake-up call and almost two-hour drive on a winding road to get up to Haleakala Summit was well worth it! Although it was freezing cold and cloudy, it remains to be a memorable experience watching the sunrise and just taking in the stunning views from above. Here, I was at 10,023 feet and on cloud nine!” 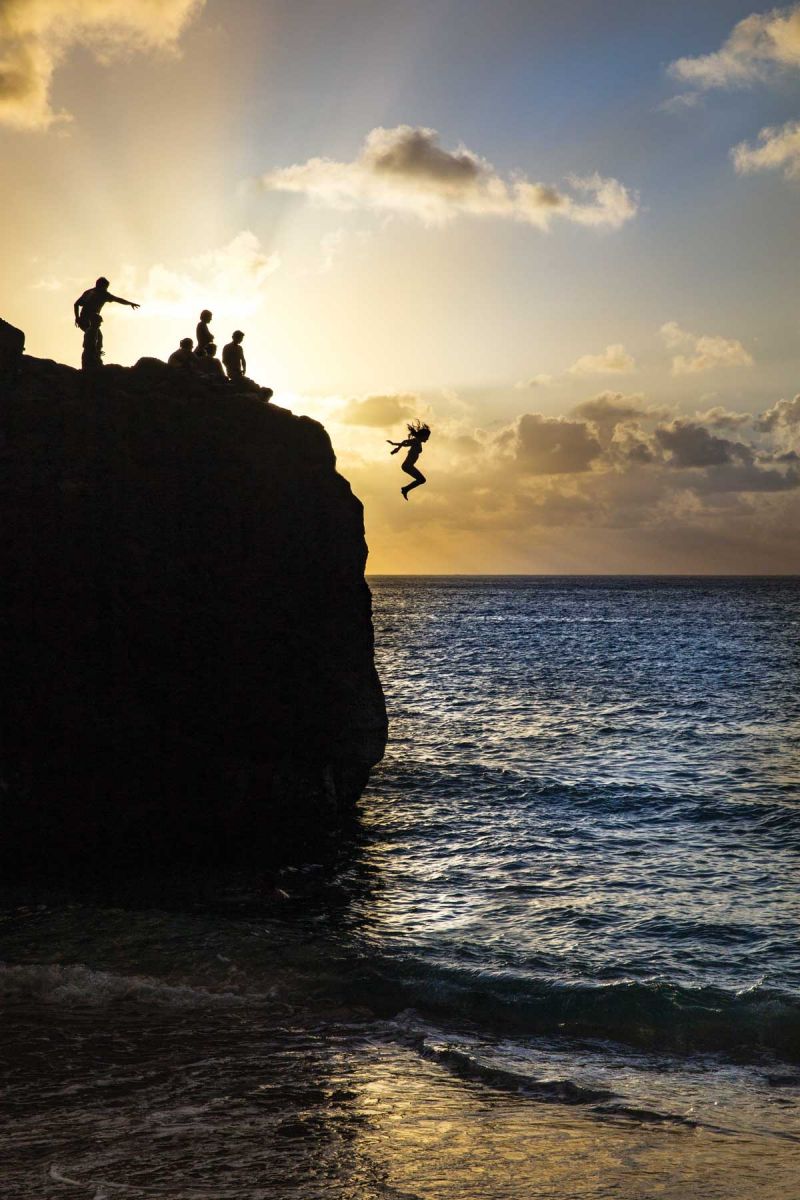 “I headed out that day to the North Shore, exploring Waimea Valley with some friends. Afterward, I decided to stay and try to capture some sunset pictures, but was drawn toward all the rock jumpers at Waimea Bay. As the sun set, I figured I would try to capture the spirit of the jump. This particular jumper was a bit hesitant at first, but when she was ready, she took the plunge! Such is life on the North Shore in the summer.”

Ko'a Kea Resort,
From Our Magazine