It’s a felony to touch or harass endangered animals, including Hawaiian monk seals.

Hawaiian monk seals are getting a lot of attention this week—and not because they’re critically endangered. (They are.)

Two video clips of visitors appearing to disturb Hawaiian monk seals in Hawaiʻi have gone viral recently, prompting an investigation into the incidents by the National Oceanic and Atmospheric Administration (NOAA) and community outrage over the illegal acts.

In one video, posted on TikTok, a woman visiting Kauaʻi is seen touching a monk seal on a beach, then running away after it barks at her. She was fined and the couple, from Louisiana and on Kauaʻi for their honeymoon, publicly apologized. In another video, a man appears to be trying to pet a Hawaiian monk seal.

Even Hawaiʻi Gov. David Ige jumped in, issuing a warning to visitors on Twitter to stay away from monk seals.

I’ve seen an increase in distressing videos recently of what appears to be visitors to our state touching and disturbing our endangered native Hawaiian monk seals. I want to be clear that this behavior is absolutely unacceptable.

It’s a felony under state law to touch, harass harm or kill any endangered or threatened species, including Hawaiian monk seals, with penalties of up to five years in prison and a $50,000 fine. 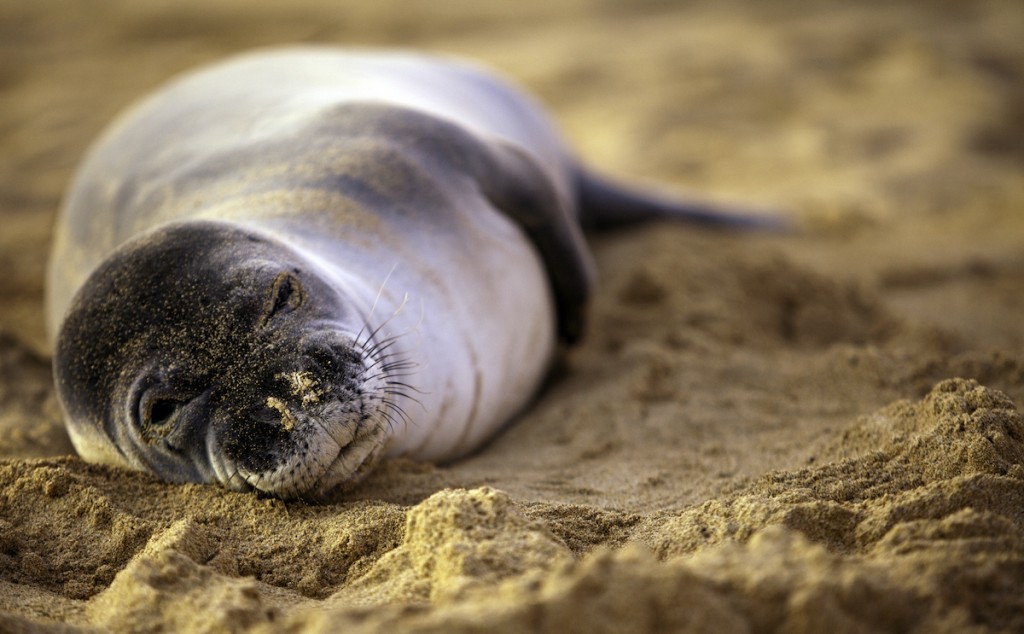 You can still enjoy monk seals while visiting the Islands—you just need to do it safely and respectfully.

Here are some tips from NOAA on how to view Hawaiʻi’s unique and vulnerable wildlife:

Read More: 10 Things You Can Do to Share the Shore and Sea With Pacific Islands Wildlife

And just for reference, here are the mandated viewing distances: