Lava flows from a fissure on the upper southeast flank of Puu Oo crater — within Kilauea volcano’s east rift zone — advanced about 1.5 miles yesterday, according to scientists at the Big Island’s Hawaiian Volcano Observatory.

Currently, all erupted lava is within Hawaii Volcanoes National Park or adjacent state land managed by the Department of Land and Natural Resources. However, scientists noted in a report, “If the eastern flows persist, they may pose a hazard to the Royal Gardens subdivision in the coming days.”

Kilauea has been erupting, with few pauses, since 1983. During that first year, lava flow destroyed houses and other buildings in Royal Gardens — a largely undeveloped 1,800-acre community.  Today, the subdivision has no paved road access and only a few structures remain. The eruption marked its most destructive period during 1990 when flows destroyed the villages of Kalapana and Kaimu. Kalapana Black Sand Beach was also completely covered with lava. 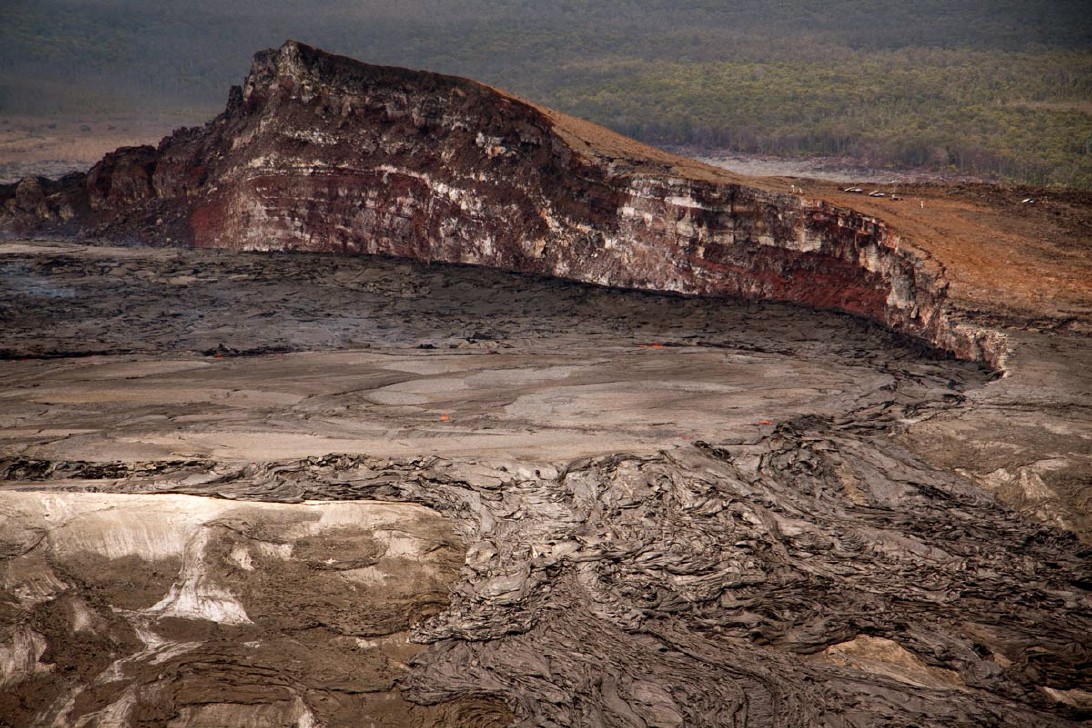 Puu Oo’s latest outbreak began Tuesday with an overflow on the west flank of the cone crater. That flow has mostly stopped when yesterday’ morning’s southeast breakout got under way.