If you’ll be in the Islands over the Fourth of July weekend, there’s an excellent chance that you’ll be spending time in ocean waters. Before setting out for a swim, snorkeling among rainbow-colored tropical fish, or just bobbing about on waves by the beach, the National Oceanic and Atmospheric Administration asks you to double-check your working knowledge about strong currents.

During a daylong high-surf advisory for Oahu’s south shore, issued last week by the National Weather Service, lifeguards reportedly assisted 14 people and rescued 88 others from Ala Moana to Waikiki. In addition, lifeguards initiated hundreds of preventative actions to keep people out of the water as waves there reached face heights of up to 8 feet.

Rip currents claim more than 100 lives per year nationally. According to the United States Lifesaving Association, each year America’s beach lifeguards rescue more than 50,000 swimmers from rip currents. and swimming at a guarded beach can greatly reduce the chance of drowning.

The National Oceanic and Atmospheric Administration (NOAA) has teamed up with the United States Lifesaving Association and the National Park Service to sponsor Break the Grip of the Rip, a a rip current awareness campaign which got under way earlier this month 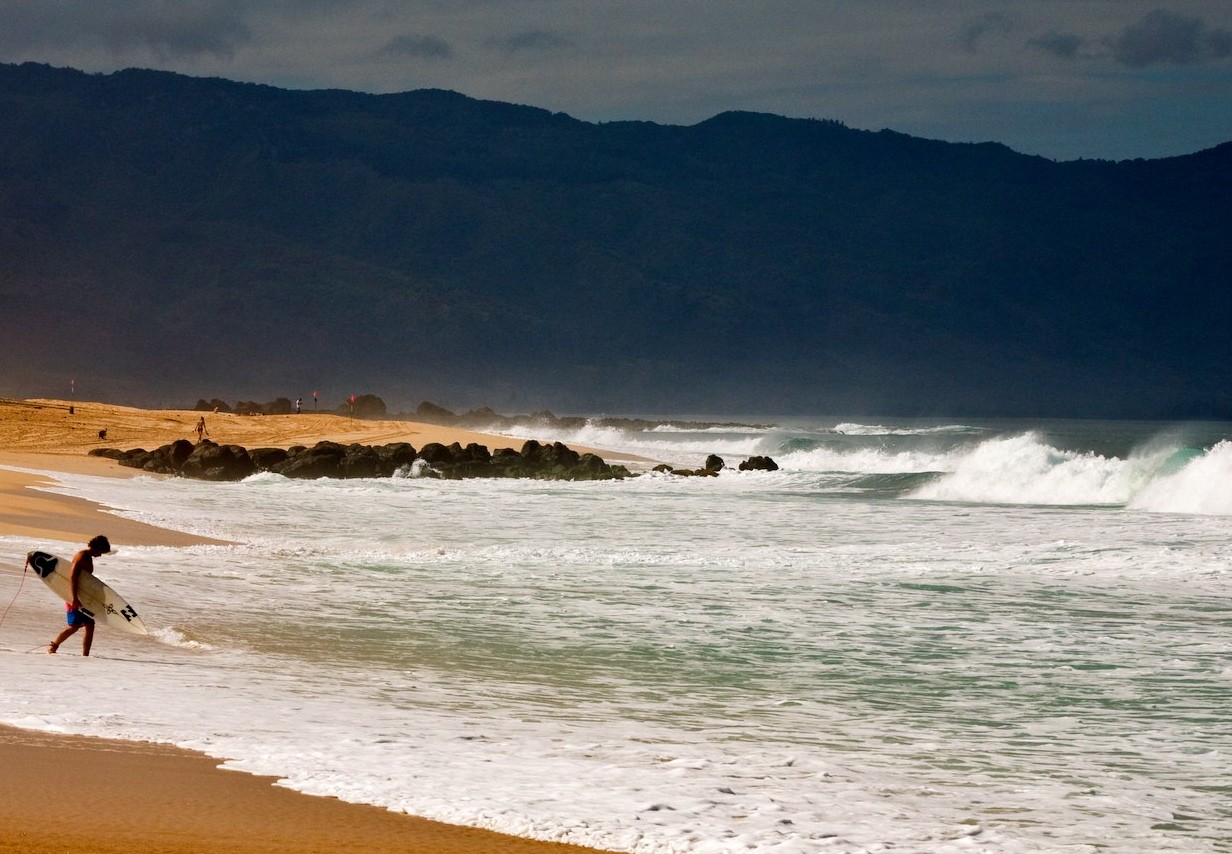 Rip currents are narrow channels of water moving swiftly away from the shore, and they can pull people far out into the ocean. Rip currents are surprisingly strong. They occur just above the ocean floor and can knock people off their feet. Rip currents often occur with strong onshore winds, in cuts or breaks of a sandbar along the edge of the breaking waves, and near man-made objects such as piers or jetties However, they can occur anywhere there are breaking waves.

Here are some safety tips for swimming in Hawaii’s waters:

Before heading to the beach, take a look at the National Weather Service’s online surf zone forecasts.

• Study how rip currents work and how to escape them.

Rip currents are strongest at low tide. If you get caught in the grip of a rip current: Yell for help immediately. Don’t swim against a rip current — it will just tire you out. Escape the rip current by swimming parallel to the beach until you are free. If you are unable to swim out of the rip current, float or calmly tread water. When out of the current, swim toward the shore.

• Swim at a beach with lifeguard protection and talk with the lifeguard about the safest places to swim.

• Observe and obey signs and flags posted to warn about rip currents.

• Don’t swim in a large body of water that is subject to changing wind, waves and currents unless you are a strong swimmer. And even if you are hardcore, it’s still a good idea to swim with a buddy.

NOAA’s mission is to understand and predict changes in the Earth’s environment, and to conserve and manage our coastal and marine resources. For addition NOAA rip current information, click here.