Carats and Karats, Hawaii’s most trusted name in jewelry and appraisals, celebrates 30 years of business

When Graduate Gemologist Brenda Reichel was approached by a local family at her store, Carats & Karats Fine Jewelry in 2011, she was given what appeared to be a Super Bowl Ring, and a case to crack. The heirs of the ring wanted Reichel to solve a mystery: Is the ring real, and if so, how did it find its way into their uncle’s estate?

Reichel, who is accredited to investigate the value and authenticity of precious stones, metals and collectables, immediately launched an investigation, examining the ring for trademarks and markings that might serve as clues to discovering its origin.

Ultimately, Reichel was able to verify that the 14-karat gold ring was indeed authentic. It bore the trademark of the manufacturer, as well as the score of the 1969 Super Bowl and the jersey number of former New York Jets center John Schmitt, the player for whom the ring was custom made.

The ring was lost in 1971, while Schmitt was taking a surf lesson in the waters of Waikiki. Though he searched and dove deep to find it, Schmitt could not find the ring after it slipped off his finger into the azure sea.

Some time later, a former Waikiki lifeguard recovered the diamond-studded ring off the ocean floor. He kept it in a box of collectables, which was passed on to his heirs decades later when he passed away.

Now that they knew it was real, Reichel and the heirs of the ring were able to contact Schmitt and return the hard-earned jewelry piece it to its rightful owner.

“Is it real, is it fake, what kind of stone is it, when was it made, what is it worth — these are the kinds of questions I answer for people,” says Reichel. The Super Bowl Ring and Reichel were featured on the series “Lost and Found,” on the Oprah Winfrey Network.

“Every piece of jewelry has a story, and when you come to me you get to find out what that story is. Most people can only read you the price tag, but I read the markings and trademarks and colors to find the whole story.”

This year, Reichel celebrates 30 years of business at Carats and Karats, her Honolulu shop where she identifies, appraises and designs fine jewelry. The most trusted jeweler and appraiser in the Pacific, Reichel has worked as an expert witness for federal and state civil and criminal courts. She has examined King David Kalakaua’s crown and coronation ring, and lectured internationally on the crown jewels of Hawaii. She also keeps a collection of more than 3,000 loose colored gemstones and diamonds. 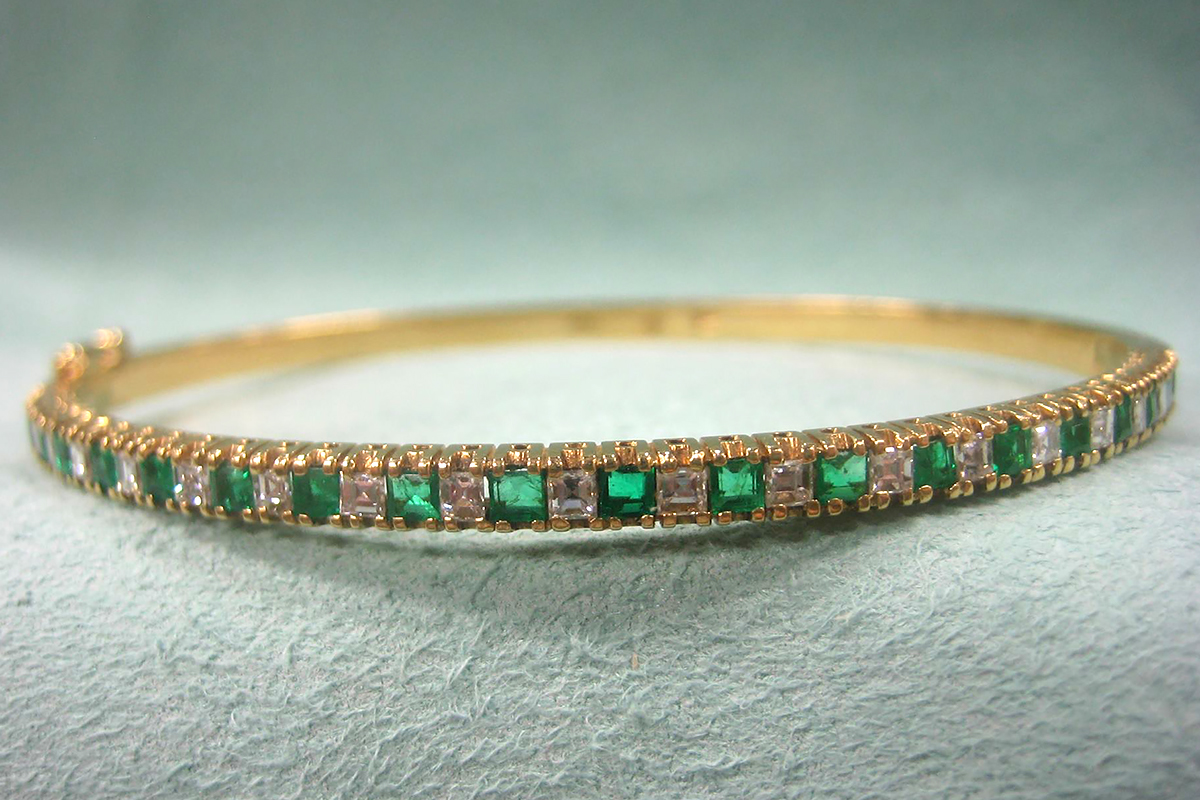 In one of her most alluring cases, Reichel was hired by U.S. Customs to authenticate millions of dollars worth of confiscated diamond jewelry that had belonged to Imelda Marcos, widow of former Philippine dictator Ferdinand Marcos. The couple was accused of stealing billions of dollars from the Filipino people during Marcos’s presidency, and the jewelry was seized.

“I wear many hats and every day is different,” says Reichel, who has her own radio talk show called Gem News. “I like to string pearls. I like to make jewelry that symbolizes an event or the loved ones in someone’s life, and I love digging as an expert. I love that part of my work where I get to play the detective and investigate things like who made the crown jewels for King David Kalakaua. That’s one of the coolest mysteries to me.”

Though she has worked on juicy burglary cases and reveled in the opportunity to privately examine some of Hawaii’s most precious royal jewels, Reichel is often busy with more ordinary gemology work. Most often, a client will hand Reichel a jewelry box that he or she has inherited from a relative, and Reichel will dig inside to see if there’s anything of value.

“The jewelry box that you inherit from grandma is often a catch-all of everything from costume jewelry to Niihau jewelry to custom jewelry, and then you open it up and it’s like a treasure box,” Reichel says. “Every piece has a story and when you come to me you get to learn that story and find out if it is real or fake. Sometimes people come to me with what they think is probably a $100 gem stone, and I get to tell them it’s worth $40,000. The look on their face is just shell shock.”