In our nation’s capital, dinner menus inspired by past presidents are nothing new. But as Barack Obama’s inauguration approached, several Washington, D.C. area restaurants got Hawaii-inspired as well, crafting special prix-fixe menus reflecting the delicacies of the future Commander-In-Chief’s Island roots.

The Ritz-Carlton Pentagon City’s fyve Restaurant Lounge challenged executive chef John Zaner of The Banyan Tree at the Ritz-Carlton, Kapalua on Maui to create a menu rooted in the flavors of Hawaii. The result is a menu that includes an ahi carpaccio appetizer, pork potsticker, Kona Kampachi entree and a dessert of coconut-milk-and-sweet-potato pie. 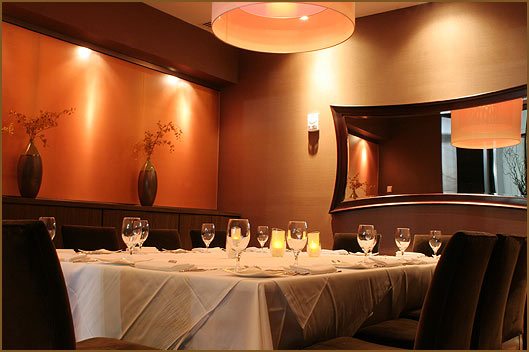 Oya, an Asian-French fusion eatery in D.C.’s Chinatown area, is serving up what it describes as a “Spam sushi special,” combining rice, seaweed and a slice of the salty processed meat. Sounded a lot like a Spam musubi to us. Sushi rice is tinged with vinegar. Musubi rice is not.

You can wash down the dish with a glass of M. Lawrence Obama Brut sparkling wine for $15.  We’d opt for a can of humbler, but nonetheless refreshing, Hawaiian Sun Pass-O-Guava nectar for our “Spam sushi,” instead. But that’s us.

Many of the Obama-inspired menus are only being served until Inauguration Day, Jan. 20. So if you’re in D.C. this week make haste.