The state’s most popular hiking trail is curbing its weekday hours of operation for much-needed improvements, while two other iconic Hawaii scenic trails reopen this month after extended closures.

The Hawaii State Parks Division this week began limiting weekday public access of the Diamond Head Crater Summit Trail to 6 a.m. to noon, Monday-Friday. The Oahu trail will be closed to the public from noon to 6 p.m. on those days so that contractors can improve deteriorated portions of the trail and shore up vertical rock faces along the trail. The limited weekday schedule will remain in effect for the entire length of the project, expected to take 60 days. 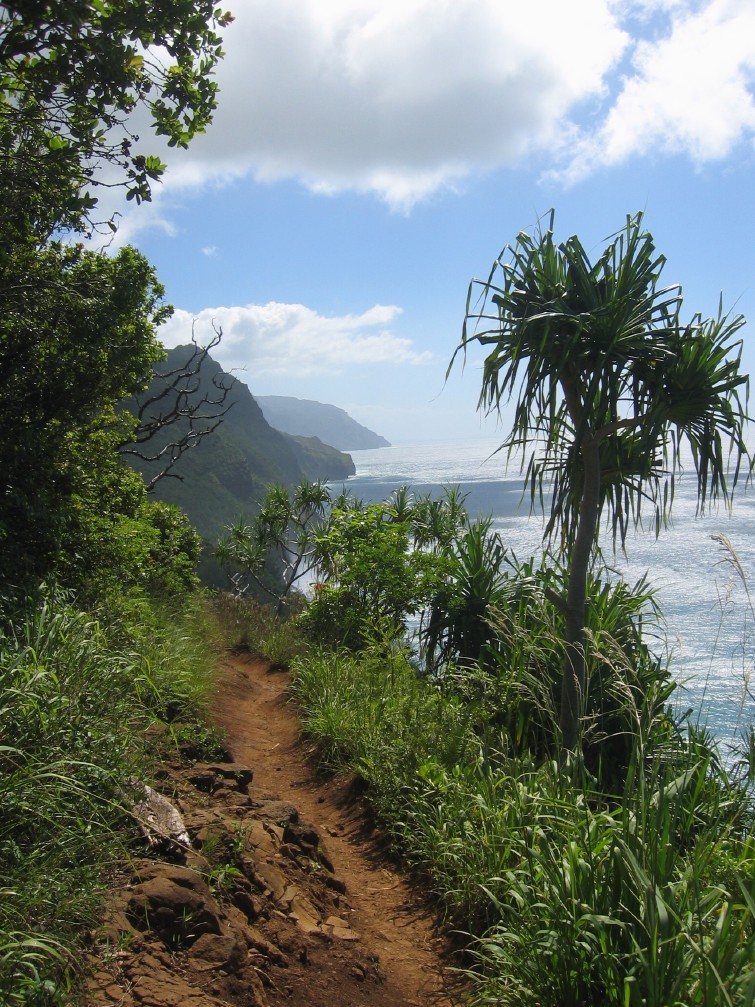 Originally constructed around 1906, the Diamond Head Crater summit hike is Hawaii’s most popular hiking trail. More than 1.3 million people annually take on the moderately strenuous trail from the interior floor of the crater to its summit for one of the best views of Oahu’s south shore. HAWAII Magazine’s Facebook ohana recently voted the summit of Diamond Head its #2 favorite Hawaii scenic lookout.

During the trail’s limited weekday access hours, hikers are being asked to begin the summit trek no later than noon and return to the parking lot by 2 p.m., when the trail will be cleared of all hikers. For more details on the Diamond Head Crater Summit Trail’s new schedule, click here.

Meanwhile on Kauai, the Napali Coast State Wilderness Park and Kalalau Valley Hiking Trail (pictured, above middle) reopened to the public on Nov. 1 after a two-month closure for major trail repair and clean-up. Work on the nine-mile coastal trail from Hanakapiai Valley to Honopu and Kalalau Valleys included a rockfall mitigation project above Hoolea Falls and in shoreline sea caves, removal of illegal campsites, feral animal elimination and the installation of new signage on the trail. The Hawaii State Department of Land and Natural Resources also surveyed the condition of the valleys’ many Hawaiian archaeological and cultural sites. For more details on the reopening of the Kalalau trail, click here. 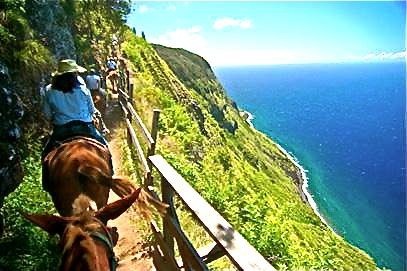 On Molokai, the Kalaupapa Pali Trail is expected to reopen to human and mule tour traffic later this month, after a seven-month closure. The only hiking trail from the top of Molokai’s towering north coast sea cliffs to the Kalaupapa peninsula was shut down in April after a landslide wiped out a bridge and a large section of the steep, winding foot trail. Since then, the only access to the isolated national historic park and peninsula—where Saint Damien ministered to exiled Hansen’s disease patients—has been by limited air service.

The Kalaupapa Pali Trail (pictured, third from top) is expected to open to hikers on Nov. 19. Kalaupapa Guided Mule Tours will resume its famed mule treks on the trail later this month or in December, after its four-legged work crew retrains to cross over the new bridge and gets some much-needed cardio-conditioning following months of unexpected vacation. For more details, click here.