On the Big Island this weekend?

The appearance by the Grammy award-winning ‘70s musical group—famous for chart-topping hits such as “September” and “Shining Star”—also inaugurates the resort’s Waikoloa Nights’ concert series at the venue.

There’s sure to be more acts to come. The Waikoloa Bowl’s 5,500-person capacity makes it one of the largest entertainment venues on Hawaii’s Big Island. Its outdoor layout and size is similar to Oahu’s Waikiki Shell, minus the backdrop of Diamond Head and, well, band shell. 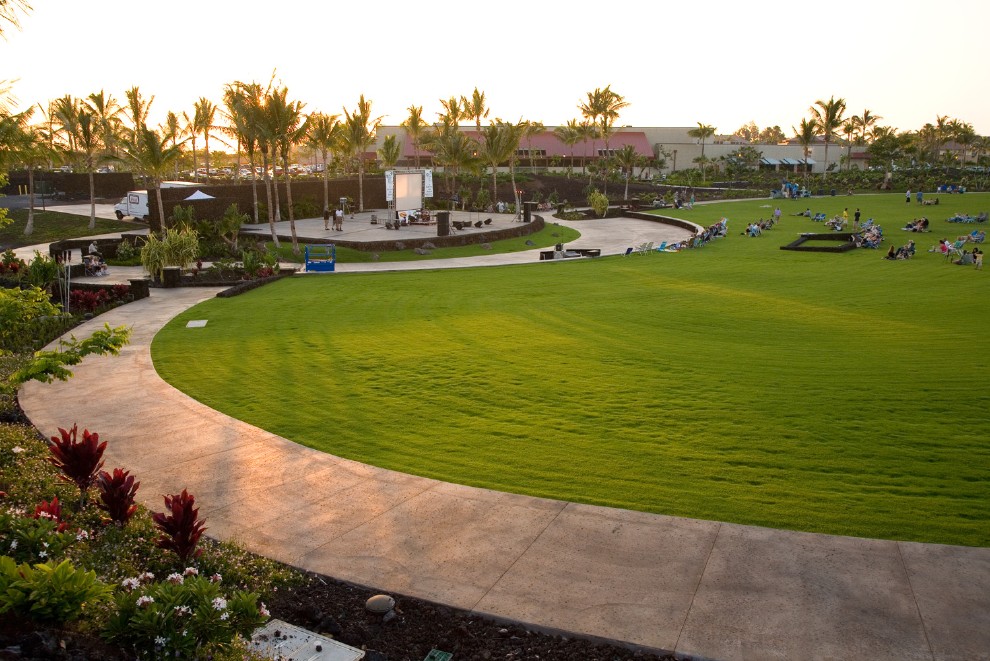 Artist Malcolm Farley—best known for his in-action portraits of sports and entertainment figures—will do a live painting of the band as they perform. The portrait will be auctioned off immediately after the concert, with a portion of the proceeds donated to the Waikoloa Foundation.

The Waikoloa Bowl (pictured above) is located adjacent to the resort’s also brand new Queens’ MarketPlace off Waikoloa Beach Drive.