So, given our Facebook ohana’s enthusiasm for up-close looks at lava-fueled geology and archaeology, today we’re relaying a heads-up about an event slated for Sat.  March 31 at the Volcanoes National Park.

A park field seminar, set for 8:30 a.m. to 1 p.m., dubbed Kealakomowaena: Life on a Lava Landscape, will detail how early Hawaiians lived in the presence of Pele and adapted to the shifting lava-strewn landscape. Among the highlights, during a three-mile hike participants will see ancient trails, agricultural fields, lava rock walls, and house sites. 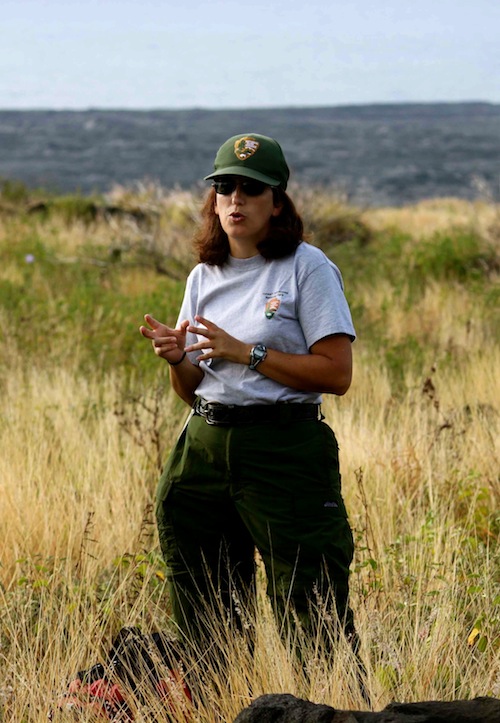 In a news release issued by the nonprofit Friends of Hawaii Volcanoes National Park, archaeologist Jadelyn Moniz Nakamura (pictured, left) said: “We will discuss the latest radiocarbon data for the area, what the pollen and charcoal records have revealed, and why this seemingly barren place was likely chosen as a spot to farm.” Hawaiians once thrived in the coastal lowland area of Kealakomowaena, where they built structures with lava rock walls (pictured, above) and grew crops in nearby fields.