Humuhumu's new chef, a Maui native, has an inventive style and approach to cuisine. 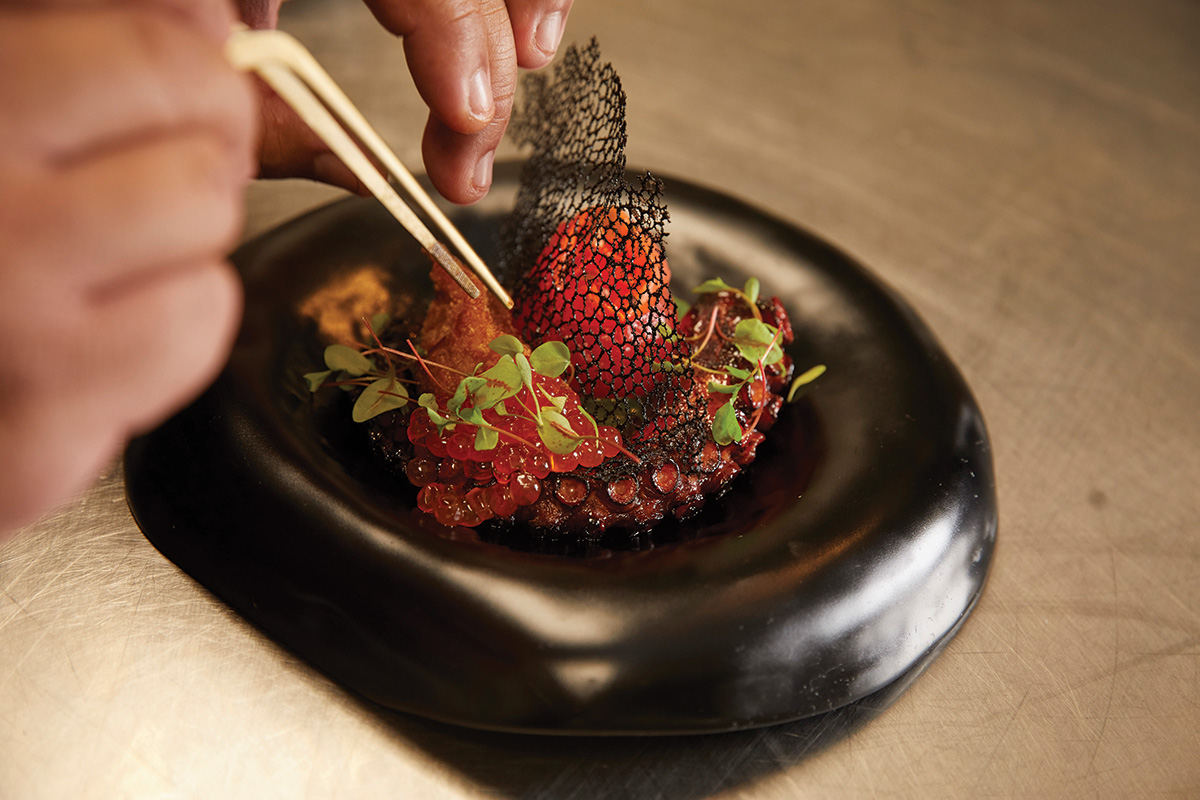 In Savella’s role as chef de cuisine at Humuhumu, he has revamped the menu with an array of innovative dishes, all highlighting Hawaii’s freshest produce and proteins. His signature dish, Kona Lobster Ramen with red miso coconut broth, was inspired by his childhood love of ramen while other dishes such as the Glazed Octopus with taro, pork dumpling, and ikura speak to Savella’s creativity. Known throughout Maui and to his large Instagram following as the “Kitchen Assassin,” Chef Savella is a true Maui local, born and raised on island. His inventive approach to cuisine and style paired with his unexpected secret tool—tweezers—has garnered him a loyal following. When he’s not in the kitchen, you can find him ulua fishing or adding to his extensive knife collection which he calls “Kitchen Assassin Weaponry”.

Outside of Chef Savella’s sensational dishes and the resort’s extensive list of restaurants and bars, guests can take advantage of the 40 acres of lush tropical gardens and endless activities to choose from. Relax in one of the 776 guest rooms carrying a luxury island décor or play in one of the most elaborate pool scenes in all of Hawaii, featuring several pools featuring waterslides, waterfalls, grottos and caves. From cultural experiences to the luxurious Spa Grande, Grand Wailea is ultimate destination for an immersive Hawaiian getaway and the perfect place to make extraordinary lifetime memories.

Family Friendly Restaurants and Places to Eat in Hawaiʻi