“Ten years ago, we didn’t have many visitors,” says Panaewa Rainforest Zoo & Gardens director Pam Mizuno, “but this past April, we had more than 4,000 people in one day.”

The crowd that gathered even caught zoo vendors by surprise.

“All the food vendors sold out, and the shave ice guy made $600 in three hours,” she says. “We didn’t expect that big of a crowd for our Earth Day celebration.”

It wasn’t always like this. The Panaewa Zoo is the only natural rainforest zoo in the U.S. But for years, most travelers drove right past the zoo on their way to Hawaii Volcanoes National Park, not knowing it was there. Big Island residents who did know about the 12-acre rainforest zoo, which opened in 1978, rarely bothered to stop for a visit, even though admission was free.

“The zoo wasn’t the way you see it today,” says Mizuno. “Now there are more animals, plants and trees in the garden.”

It was the Hilo community that transformed the free zoo. “We have the Big Island Water Garden Club taking care of the water garden pond and the giant Victoria water lilies. The prisoners at the Hawaii Community Correctional Center come in twice a week to cut the grass,” says Mizuno. “We get Lions and Key Club members, and utilize all the volunteers we can. We’re grateful for the number of supporters.”

Many of the plants and flowers have been donated by the Hawaii Chapter of the American Bamboo Society, the Hilo Orchid Society, the Hawaiian Island Palm Society and others. The Big Island’s locally owned grocery outlet, KTA Super Stores, provides free fruits and vegetables for the zoo’s wildlife.

Even some of the animals were donated by people in the community. The zoo is funded entirely by Hawaii county and private donations. Admission is free, but visitor donations are welcome. 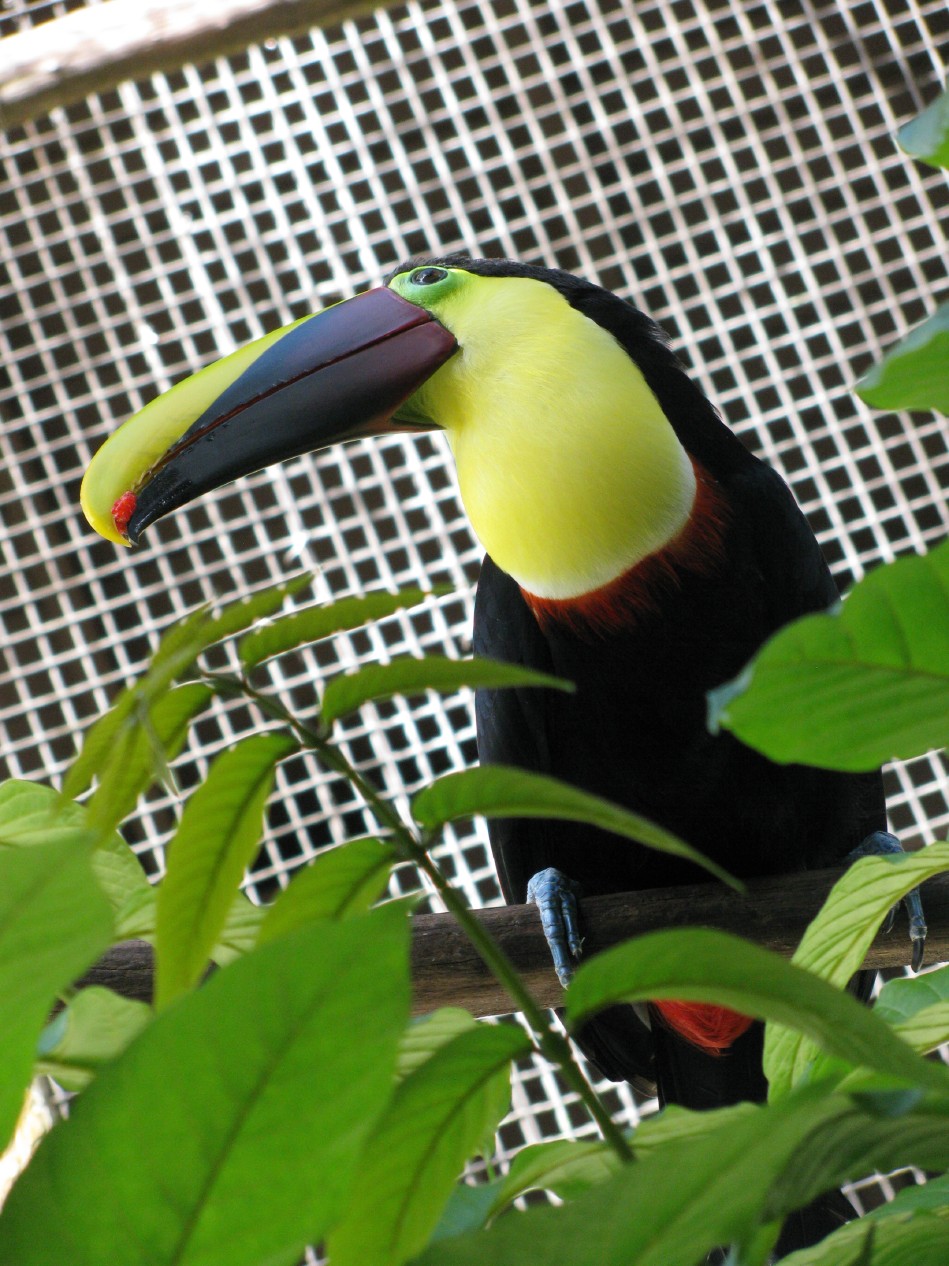 When Namaste arrived in Hilo, he was seven months old and weighed 80 pounds. On Sept. 30, he turns 12. The hand-raised white tiger now weighs more than 500 pounds.

Namaste is the king of Panaewa Rainforest Zoo and Gardens. His name, derived from a common greeting used in India and Nepal, is similar to Hawai‘i’s famous greeting, “aloha.” When Namaste isn’t basking in the sun or relaxing by the pond, he often greets and poses for the crowd. Visitors can also watch the tiger consume his dinner every day at 3:30 p.m.

“The only thing I always warn the visitors is that when he turns around and lifts his tail, run!” says Mizuno, laughing. “He sprays like any other cat.”

In addition to Namaste, the zoo is home to more than 80 species, including the io (Hawaiian hawk), the pueo (Hawaiian short-eared owl) and Hawaii’s state bird, the endangered nene (Hawaiian goose).

“Our zoo is unique because we have a natural rainforest,” she says. “It’s a very different kind of zoo from the Honolulu Zoo, which is drier.”

In addition to rainforest animals, Panaewa Rainforest Zoo and Gardens is home to axis deer, giant anteaters, spider monkeys, turtles and donkeys. There are feral goats and pigs, toucans, peacocks and talking parrots.

You’ll also find some unusual animals such as three binturongs (Asian bearcats) named Joker, Ricky Ricardo and Lucille, and two rainforest arboreal kinkajous named Lilo and Stitch. While most of the animals are wild, there are some children can touch at the petting zoo. Many families stop by to enjoy this popular event every Saturday from 1:30 to 2:30 p.m.

Many of the animals have been adopted by community members and school groups. “It’s really become a community zoo where the volunteers bring their families,” says Mizuno.

“They’re proud of what they did, and the visitors see the difference at the zoo.”