Eight months after Larry Ellison, co-founder and CEO of business software giant Oracle Corporation, wrapped up the purchase of all but a small slice of Lanai, he has bought a small interisland airline, too.

Honolulu-based Island Air, which offers flights between Oahu, Maui, Kauai, the Big Island (Hawaii), Molokai, and Lanai, announced in a news release issued today that it has closed the sale of the airline to a newly formed holding company owned by Ellison.

In the release, Island Air’s president, Les Murashige, said: “We are excited Mr. Ellison has acquired Island Air. He has the vision and resources to literally take Island Air to new heights.” Murashige continued: “The entire Island Air team pulled together over the past year to restructure and position the company for success and this sale represents the culmination of that process.” 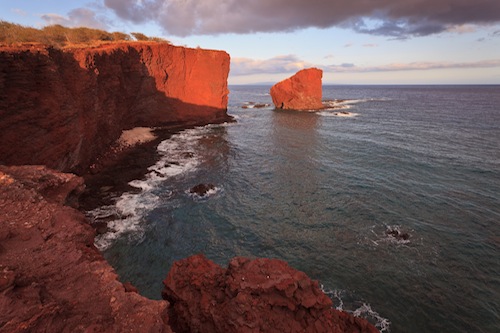 Island Air recently added one new ATR 72 aircraft to its fleet. The plane, which is larger than other Island Air aircraft, offers customers more seats and legroom. The carrier will reportedly continue its operations as usual while developing plans for additional planes, routes and services.

Ellison purchased 98 percent of the 141-square-mile island in June. The deal, which reportedly cost the billionaire about $500 million, includes the island’s two resorts, a golf club, and the island’s water and electric utilities.  (Maui County, in tandem with the State of Hawaii, owns the remaining 2 percent-slice of the island.)

In October, Ellison spoke publicly about the sale for the first time. During an interview earlier this week on CNBC’s “Closing Bell” with Maria Bartiromo, He briefly describe his hopes for establishing the island as a model for green-minded living, but did not offer specifics about timeframe or the scope of his vision. 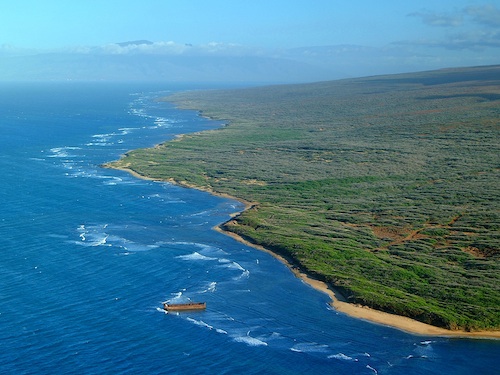 Last month, Kurt Matsumoto, the chief operating officer of Ellison’s Lanai Resorts LLC, presented a “vision statement” for the island at a Lanai Community Plan Advisory Committee meeting. The statement reportedly detailed opening a third luxury bungalow-style hotel on the island, construction of a desalination plant, and a new airport runway. In addition, news reports have noted that Ellison also wants to eventually power the entire Pineapple Isle with solar energy. A timeline for the proposals has yet to be released.

Lanai — the state of Hawaii’s smallest publicly accessible island — is believed to be the largest privately held island in the United States. Most of the 430 miles of roads are unpaved and there are no stoplights. At its widest point, Lanai’s terrain stretches for 18 miles between shorelines.