The 47th annual Merrie Monarch Festival kicks off tonight in Hilo. Tickets for the world’s premier hula contest are sold out. But hula aficionados who can’t make it to the Big Island festival can still watch the competition live from around the world on the web, or in high-definition television here in Hawaii.

If you’re here in the Islands, tune in to KFVE’s high-definition broadcast of all three evenings of competition on channel 5. 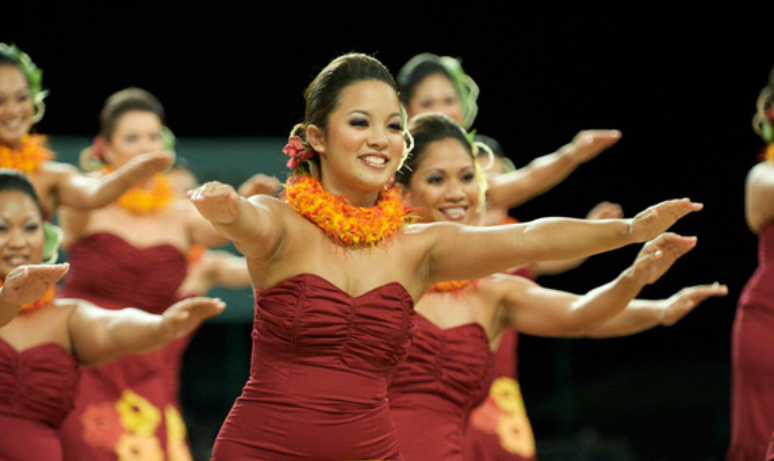 If you miss the live broadcasts, KFVE will be posting video of all performances on its website the day after each evening’s competition.

For the many hula halau (hula groups) arriving in Hilo from across the state and around the world, this year’s Merrie Monarch Festival will be bittersweet. The dancers are dedicating their performances to the memory of the festival’s two co-founders, George Naope and Dorothy “Auntie Dottie” Thompson.

Naope, 81, long revered in the Hawaiian community as a kumu hula (hula teacher), passed away last year on Oct. 26. Thompson, 88, who had served as the festival’s executive director since its beginning, passed away on March 19 after a long illness. Barely a day after Thompson’s passing, Rae Fonseca—one of Naope’s best-known students and a fest-winning kumu hula in his own right—died suddenly after a hula performance on Oahu. Fonseca was 56.

Organizers quickly decided that the 2010 festival would not only go on as planned, but also honor the lives and teachings of these hula leaders.

All festival events, except for the hula competition, are free and open to the public.